Twenty-seventh in a series of thirty posts by John Hilgart. HiLobrow yields to no one in our admiration for his spelunkery into the mysterious and gorgeous depths of comics that we grew up reading without ever noticing what he’s shown us. Check out the manifesto and FAQ of Hilgart’s 4CP project.

A Man in a Corridor

This was a popular post on 4CP, scanned from a 1976 reprint. I’ve also included the same crop as scanned from the story’s original publication, which doesn’t work as a composition at all. 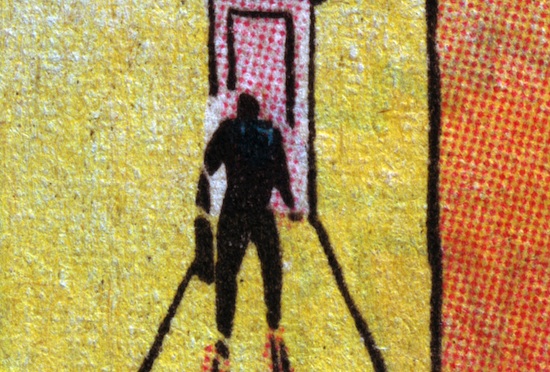