There’s a new drone on the scene. 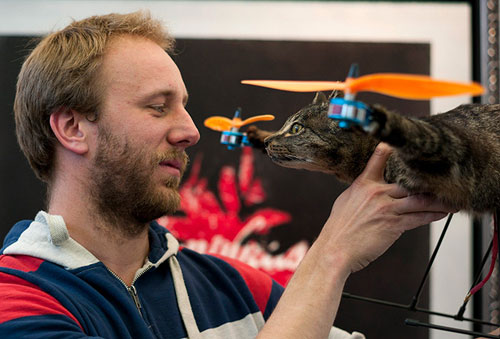 The problem with drones is that they’re impersonal machines. They’re operated by remote control. They mindlessly pursue their preprogrammed targets. There’s no option for decision-making on the fly.

They lack, to put it metaphorically, a face.

To correct at least one of those problems, let us introduce the Orvillecopter, by Dutch artist Bert Jansen, with hardware assistance by Arjen Beltman. In which an ex-cat is repurposed as zeppelin. A former pet who was unfortunately run over by a car, this delirious manifestation of Derridian homophonic glee puts the taxi in taxidermy and the props in propeller. 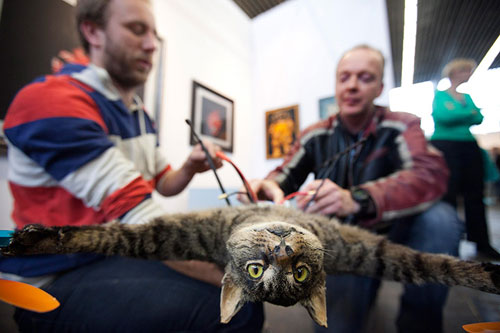 Right now the cat-copter is art.

But like us, residents of the uncanny valley cannot remain long unconcerned with defense. Weaponize one of these babies, and any invaders will head straight for the hills. 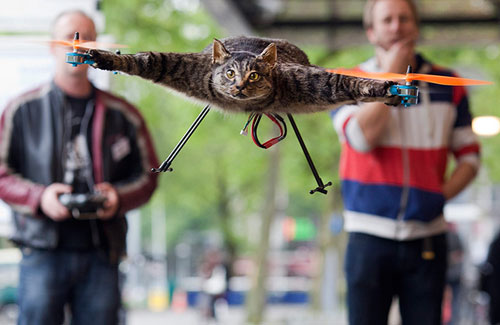