Just remember, a day without sunshine is like… night. 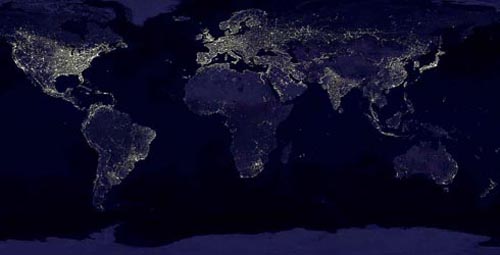 In NASA’s Earth at Night map (circa 2000), light pollution from major cities (and cooking fires in rural India) outlined not only the inhabitable continents, but our potentially global insomnia.

An impressive new data viz by Eric Fischer confirms that in the global village, no one is sleeping. Fischer takes Chrome’s open-source language detector functionality, and maps it onto, well, a map, to highlight different language groups in Twitter. 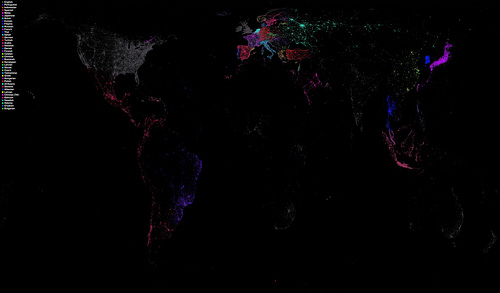 The result displays a sparkling neon multiplicity. With a rather significant caveat:

The exception is English, which is in gray because it is so common almost everywhere that it threw off the process of choosing the other colors.

Gray (as in grayed-out) is commonly used to convey inactive, deprioritized or neutral on the web. While the neon languages certainly pop against black and grey, would they be distinguishable at all against an English colored to match its real saturation? 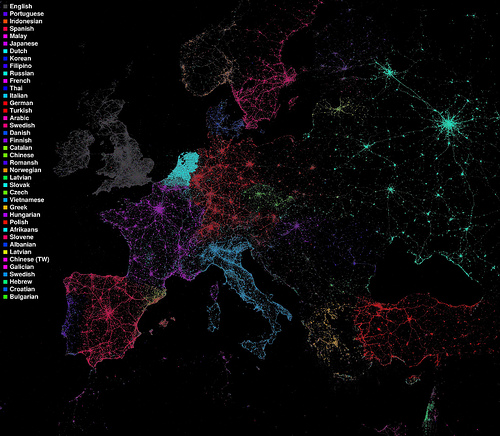