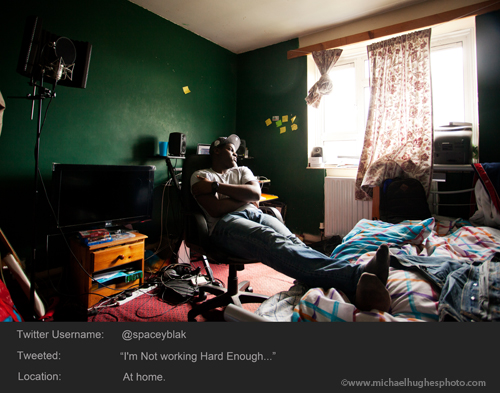 For some time now Twitter has offered users the options to broadcast their locations; it has also added the ability to search on “nearby tweets.”  Presumably to capitalize on the popularity of location-centric apps like 4sq (and doubtless to acquire metrics for future IRL advertising tie-ins), this spandrel-spawning functionality has provided artistic opportunity. 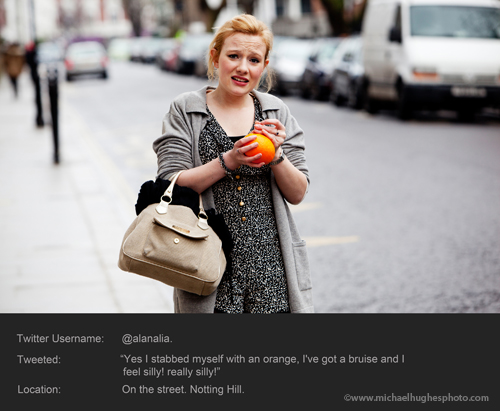 Instead of staking his claim in some cafe and challenging followers to come to him, photographer Michael Hughes has followed the metadata and gone to them. Camera in hand, Hughes has begun visiting a cast of nearby characters to photograph them in situ, along with their associated tweet; reenacted. 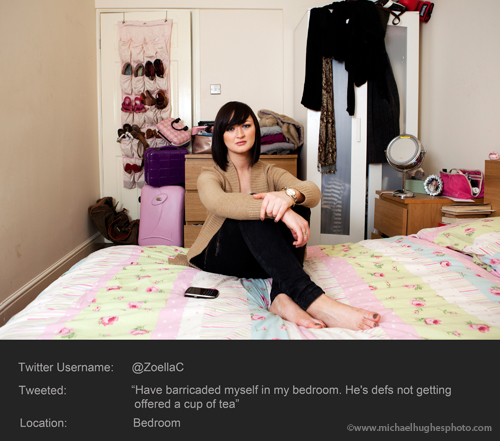 In the final reading, comic strip trumps photograph because of the combination of index card with image: each photo’s border incorporates the subject’s twitter handle, the selected tweet, and of course the location, which follows at the end like an afterbeat, or the punch line. This is not, of course, a bad thing.

Hughes aims to cap the series at (natch) — 140 characters. 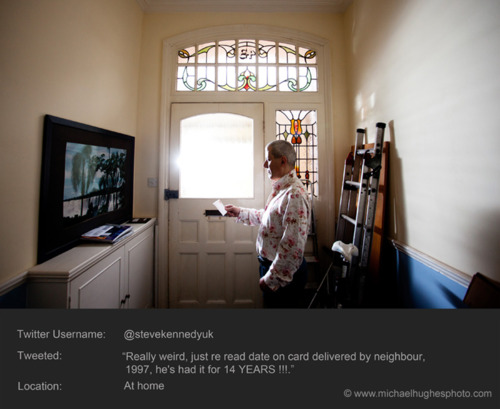 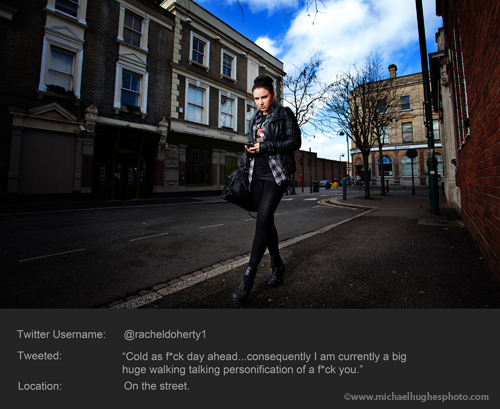 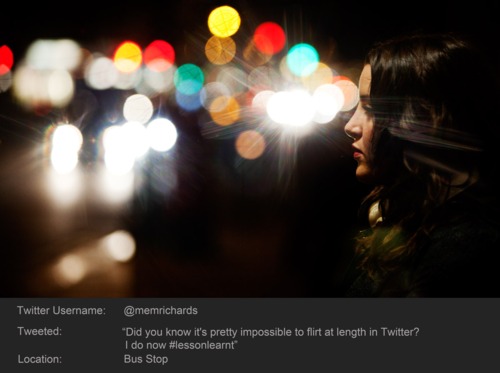 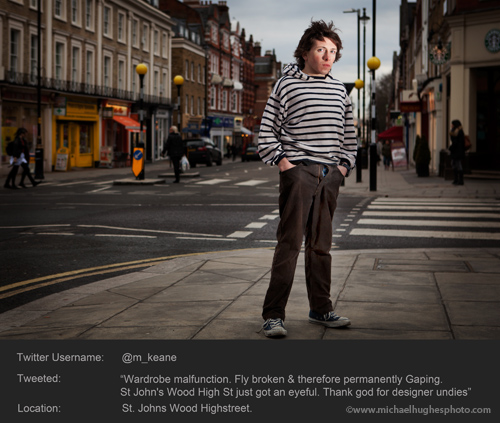