Never fear, some mind candy too.

The glitch has something to say to painting, and it is saying it. 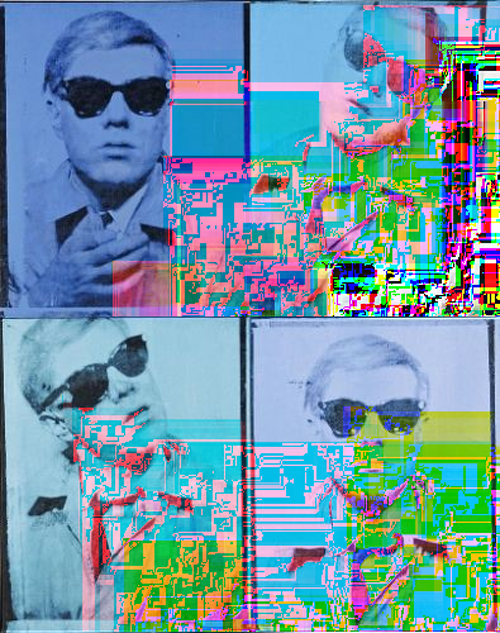 And painting is talking back. Enda O’Donoghue creates paintings sourced from photographs found on the internet, digital artifacts and all. Not all of his work is about the artifact, but when artifact is present it is not corrected out as a mistake; rather, it is celebrated as an attribute of image equal to any other. 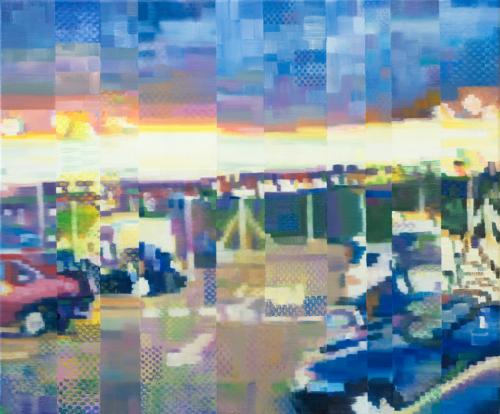 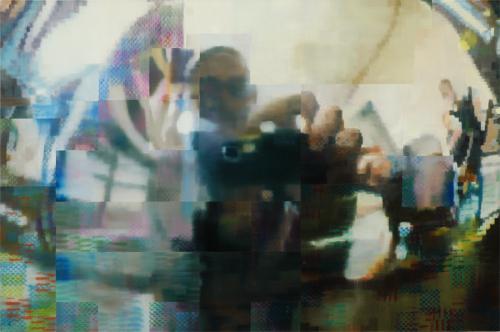 The design group No-Domain recently sponsored a video cross-processing workshop where students used old televisions, phone cameras, scanners, and other materials like acetate and water, to create some very painterly, analogue-looking glitch work; this video shows some of the results.

But perhaps the most “natural” use of the glitch is in animated gifs, as shown in these works by @LRJP!:

[“long flowing hair, a faint grin and discernible facial features are stippled in a pattern of red dots”, LRJP!, 2011]