Think you suffer from information overload? Suffer no more, the antidote is here. But it’s not less, the antidote for your suffering is more. Much, much more.

DIrections for use: first, click play on the epic All Billy Joel’s Greatest Hits, Played At Once:

While it’s playing, scroll through these images created by overlaying every cover of a year’s worth of Vogue, by country. Italy seems to hint at old frescoes and the sidelines of art history, while Japan could almost be considered erased (at least in this context). Germany invokes the coyness of early film, while Spain is almost feral, and Brazil seems to sprout wings. 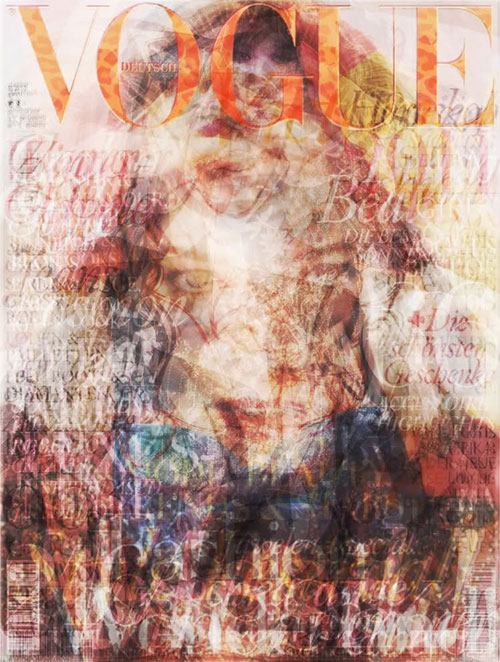 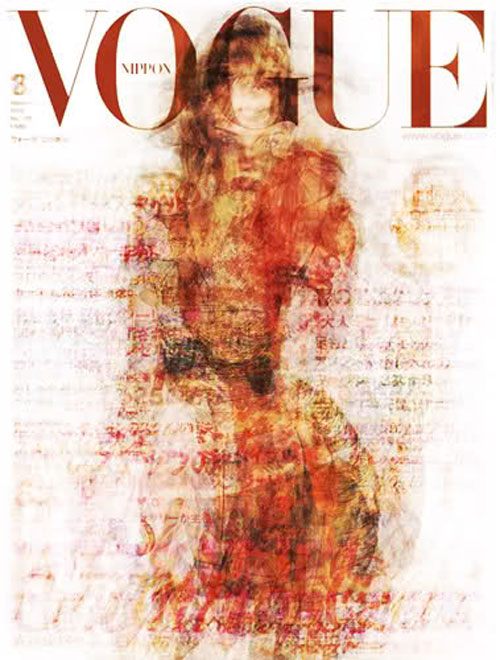 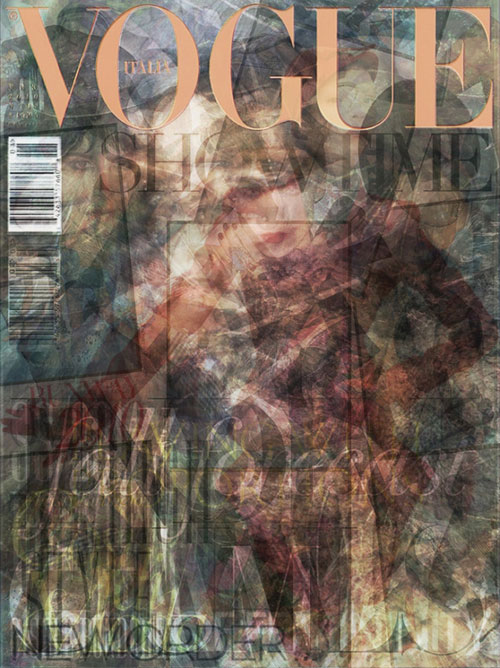 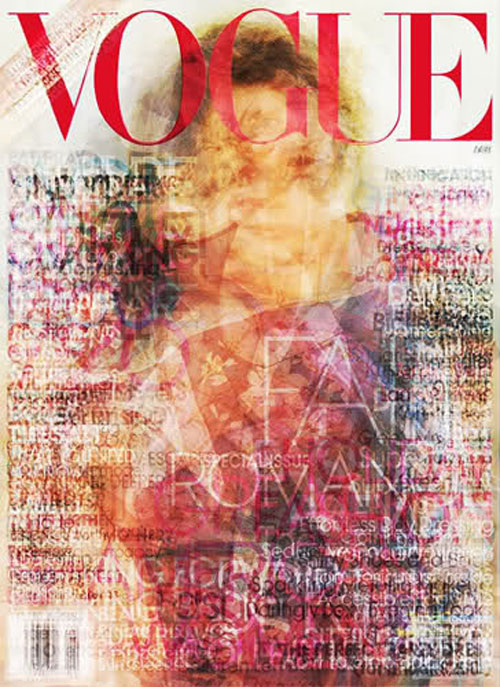 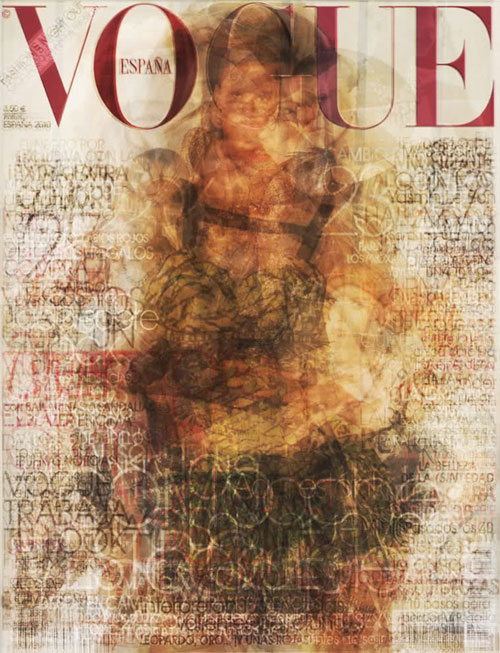 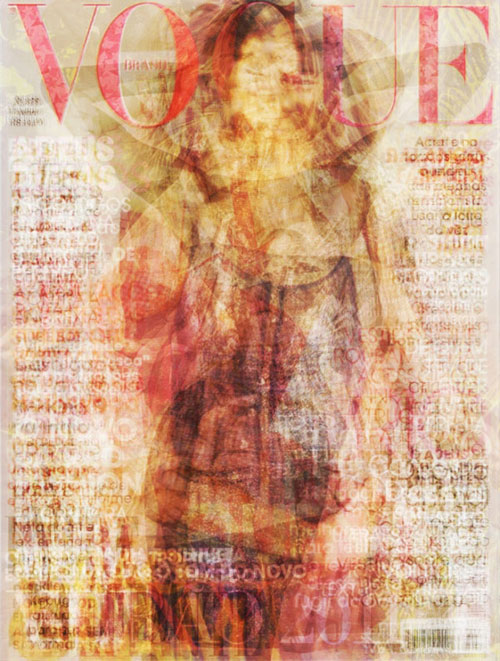 In A Scanner Darkly, Philip K. Dick described a scattersuit, a high-tech outfit worn by undercover agents to project a vague blur as they walked down the street, concealing their identity with an excess of information. But here, in sound and image, the vague blur is revealed to be, not forgettable, but oddly compelling.

[all Vogue images by shrubrub]