Things we carry: In praise of pause

Ninth in a series of posts. 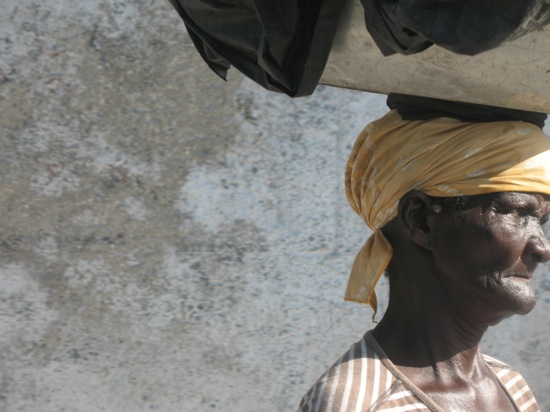 The day of the earthquake I become a machine. I process a relentless stream of emails, troll the media waters, swim the shifting torrent waves and traffic data bits in a push for outlets for the on-the-ground reporting of my film students, fielding and encouraging donations of everything from bars of soap to a $40,000 water filtration system. My body aches from its curling clench over the keyboard, my eyes glassy as the screen.

After two weeks of pounding away at media, our film school has substantial coverage, CNN is running their footage, Canadian TV commissions more films, and supplies donated from all over are loaded and ready to ship to Jacmel.

I carry my frenetic drive with me onto the plane to Haiti. But Haiti doesn’t let people turn into ever-cranking machines. Every day without fail things break down. Haitians possess not only exceptional patience but an admirable ability to roll with the way time stubbornly plateaus into the long pause. 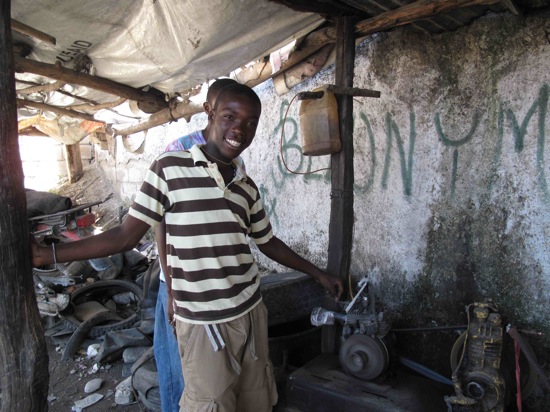 A typical day: heading to the hills to make a film about agronomy; everyone is late, the driver goes AWOL, a tire flats and shreds. We find an auto shop; really just some hand-hewn poles fixed in twine and draped in plastic, but enough to create a space the young mechanics are proud of.

Everything takes longer than it should in Haiti, so I stroll the village. I watch a boy tie up his donkey and wander off. The donkey twists its head backward to yank the straw out of the disintegrating cloth bag that is its saddle. Should I stop the donkey from eating his saddle? I don’t. I’m happily tucked in the shade, it looks brutal out there in the scorching brilliance of the sun. One of my Haitian friends tells me that even if you don’t catch malaria in Haiti you can catch malarial thought. Meaning, your thinking meanders and drifts. Drips into feverish pools. Thoughts that fill the pauses. 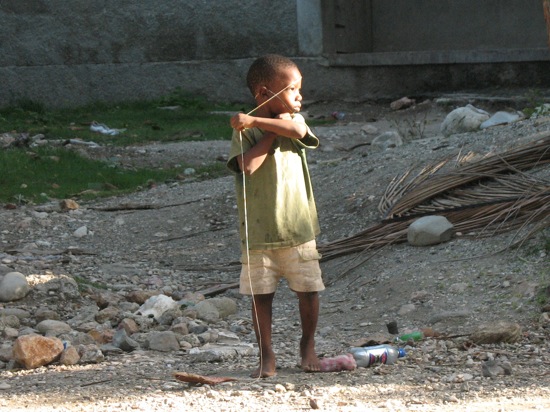 I watch a boy tie his goat to a tree so it can feed on a sprout of weeds. As he waits, he plays with a length of string. He hogties himself. He ties it to a plastic bottle and pulls his new toy. He coils and uncoils and treasures. When the goat starts to nibble on his shorts, he unties it and moves on to the next patch of green. 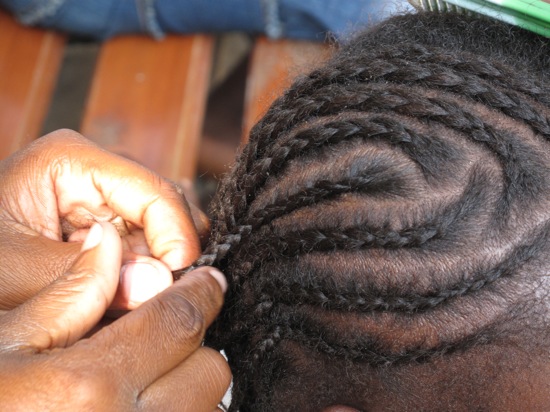 Women walk by carrying the things they carry. Women sit in a truck-bed waiting in line to buy gas, weaving universes into the whorls of each other’s hair.

I stare at a tree growing up through a discarded tire for so long I swear I see the tire begin to burst. My eyes are hungry. I imagine twenty years from now our ruined tire split by a tree.

The boy returns with his errands done, ready to load his donkey. I wonder if he will be angry at the deflated saddle. Then I see he also has an armload of straw. He calmly re-stuffs his saddle, mounts and moves on. The saddle is the feeder.

Our tire is fixed. Time to go. I look forward to the next breakdown and the pause, the universes of whorls it will bring. 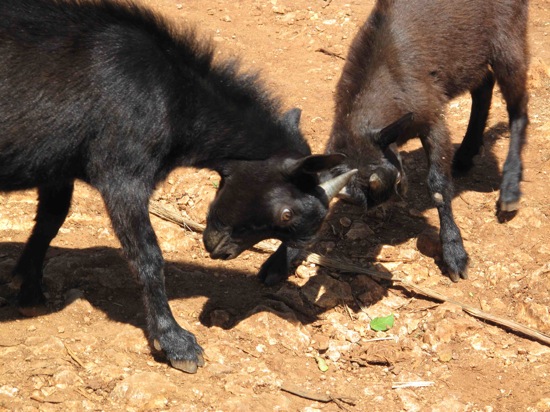