If we lived underwater, our stars would be frozen points of light. 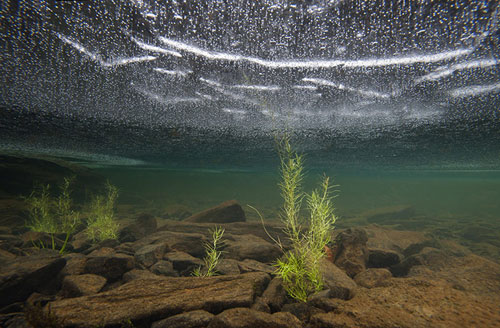 Limpid pools may be beautiful, even from the bottom up, but they’re a problem. A potentially lucrative problem. There exists an outstanding challenge to calculate the dynamics of fluids, which are notoriously difficult to express as an algorithm. 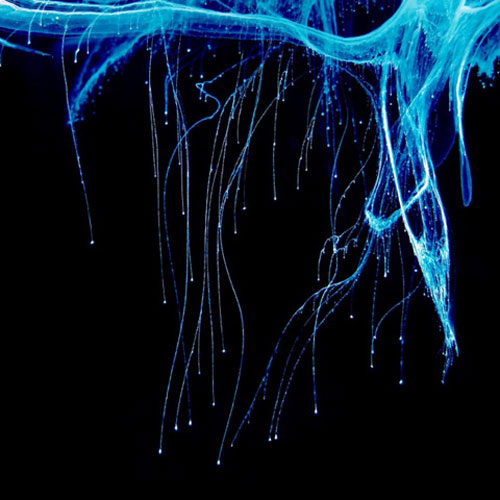 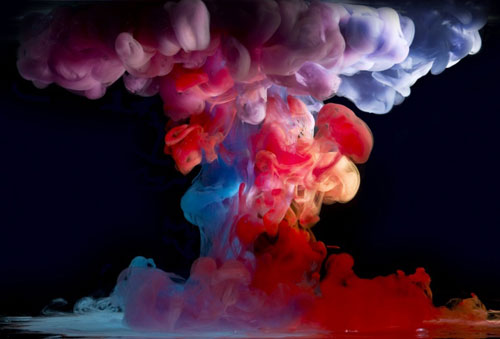 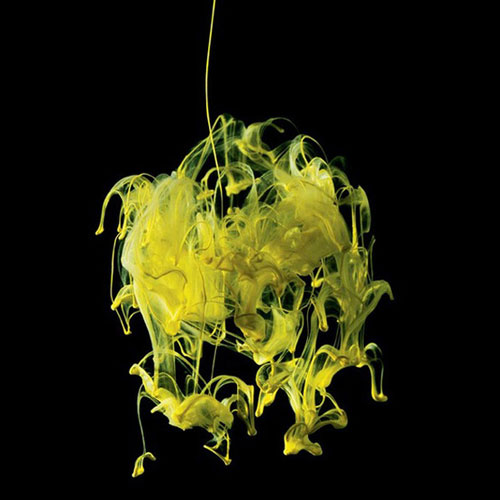 The problem of fluid dynamics is one of seven “Millenium Prize” problems identified by the Clay Mathematics Institute of Cambridge, Massachusetts, as challenges to which we should rise; the hook is $1 million for each, and the satisfaction of having advanced the collective numerancy of mankind. To say nothing of improved 3D water effects for Avatar II.

Earlier this year Dr. Grigori Perelman won the first Millenium Prize for his successful proof of the Poincaré Conjecture, thereby closing an open theoretical loop in topology. Won but did not accept; he famously declined the money, locking himself in his apartment and muttering about mushroom hunting. The explanation eventually extracted was that he felt his work merely elaborated on the earlier efforts of Columbia University’s Richard Hamilton, and honor bade him decline.

But at any rate, there are still 6 problems left for honor and you. In terms of fluid dynamics, we have partial solutions (termed the Navier-Stokes equations) that date from the early 1800s.

The equations describe some fluid situations but not all, and fail significantly in three dimensions, and at higher speeds. As flows become more complex and urgent, the equations stop describing the phenomena and lose their grip on reality. Fluids are slippery, yet resistant, and pose many a question. There is no guarantee, of course, that there is only one answer. 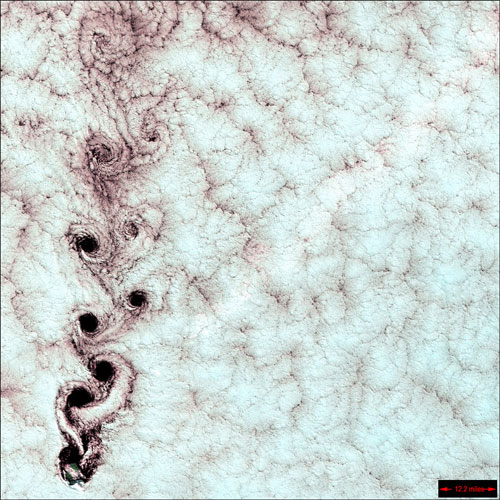 So, for you mathematicians out there: have at it. And for the rest of us, this is not just minor arcana. Fluids figure in phenomena as diverse as turbulence, tornadoes, and smoke rings, your morning latte, the surface resistance of the Golden Gate, and a hawk’s spiraled flight. We trail vortices as we walk. 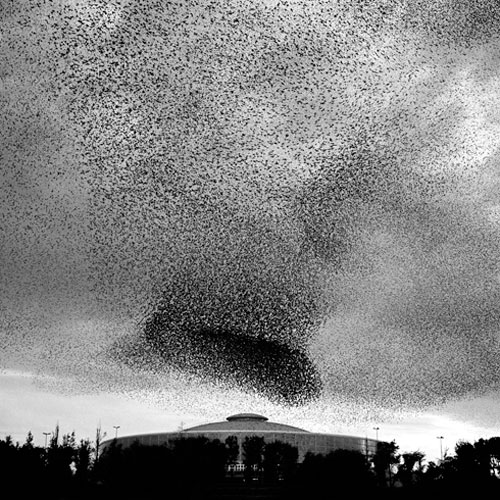 For we live at the bottom of a vast sea of fluid, our homeomorphic ball swimming in atmospheres of varying viscosity and still-mysterious mechanism, punctuated — perhaps — by proofs and possibilities.

If we lived underwater, our stars would be frozen points of light.

Because we do. And they are.