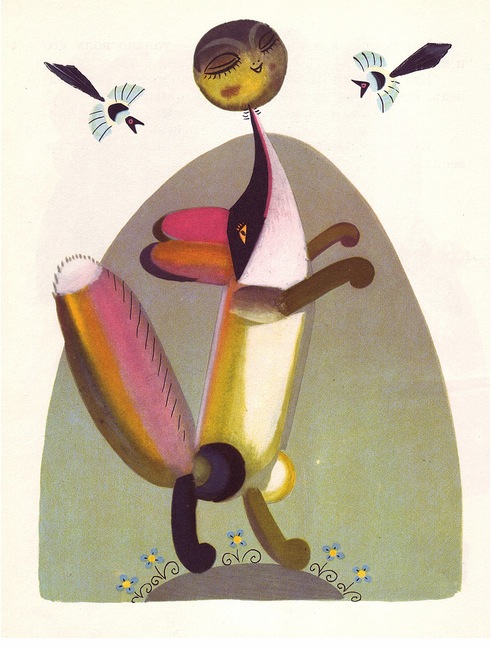 Every other week, Patrick Cates (HiLobrow’s Magister Ludi) produces The Sniffer, a PDF newsletter mailed to those who’ve pledged at least $10 to support our serialization of James Parker’s novel, The Ballad of Cocky the Fox.

Each edition of The Sniffer features an extract from “The Cocky Companion,” a Rosetta Stone for decoding Cocky’s London vernacular. This week’s Sniffer (#15) includes the following glosses on vernacular from Parker’s Fit the Fifteenth. 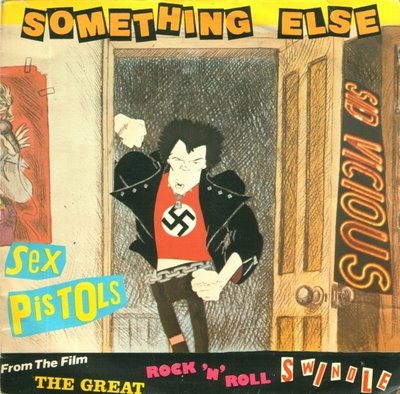 FRIGGING: “Frig” is the first four-letter word I remember experiencing at the comparatively innocent age of six. I didn’t know what it meant but I knew I’d get a hiding if I said it. My knowledge of its existence came from my obsessive studying of the cover of the Sex Pistols’ “Something Else” single. It was my brother’s and it was often left lying around near the family record player. On the front, cartoon Sid, with clenched fists and swastika-emblazoned t-shirt, stands in a doorway and beckons the observer to step into the picture and get gobbed on. On the back, a cut-and-paste pirate mash-up of the Pistols advertises the b-side: “Friggin’ in the Riggin’”. It’s a terrible, tuneless mess of drunken rugby song and sea shanty. But I will always have a soft spot for “Friggin’ in the Riggin’” because, long before I found out what a clitoris was, and longer still before I learned that you could frig one, this sorry Sex Pistols space-filler introduced me to my favourite hobby: swearing.

TOWPATH: If canals are the vestigial veins of Victorian Britain, then the towpaths are their modern-day thromboses. A towpath will cling to the Camden stretch of the Regent’s Canal like a jellifying clot. Crack dealers will hide in the shadows under bridges and scare the shit out of you with their short, sharp offers of a score. Cyclists will appear from nowhere and nearly knock you into the foul-smelling gloop. Gaggles of grime-gang hooligans will sprint up to you with sociopathic cackles and finish the job. Towpaths, once the quaintly narrow, pseudo-bucolic preserve of placid, barge-pulling horses, are now nothing more than skinny, dirty tourniquets that will strangle you with stench or fright.

GOBSMACKED: If I wanted to surprise you, I wouldn’t necessarily go as far as smacking you in the gob. But, if I smacked you in the gob, you’d definitely be rather surprised. It’s strange that this now-ubiquitous expression of shock should have stemmed from something as base as a Cockney punch-up. But that is what it seems to have done. “I’m down the Duck and I’m tellin’ Ray all abaht the row we ‘ad on Saturdee with Chelsea. Next thing I know, this geezer’s tapped me on the shoulder, I’ve turned round and ‘e’s smacked me in the gob. And ‘e’s only a fuckin’ Chelsea fan! ‘Ave a fuckin’ word! So I’ve grabbed ‘im by the throat, picked ‘im up and stuck the fuckin’ nut on ‘im. Showed that Chelsea cunt.”

AIN’T: Yanks and Limeys are familiar with this slovenly contraction of “isn’t”. But there is a tomaahto/tomayto difference between the two versions that points to a difference in their respective user communities. The American pronunciation of “ain’t” celebrates the long, slender quasi-diphthong at the beginning of the word. It is used by 1920s gumshoes who engage in badinage with femmes fatales and by folksy, mumsy simpletons from Alaska who want to add flourish to their empty political campaigns. The British “ain’t”, on the other hand, is a miserly, gruff beast spoken by miserly, gruff Cockneys. The “ai” is swallowed before it even leaves the mouth and the listener’s ear is left with a cough that sounds like “ight”. Think of Len Goodman on Dancing with the Stars awarding a couple an eight. (But I fully understand if you’d prefer not to.)