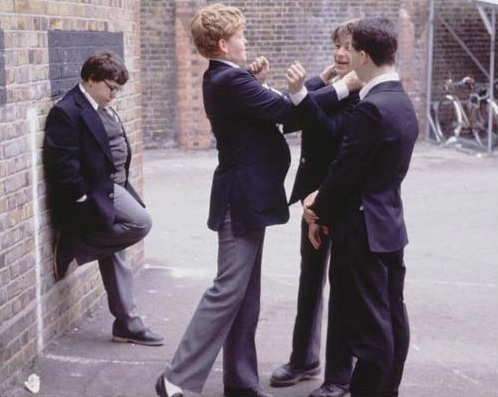 “Marcus wore the kind of shoes that Will didn’t think they made any more, plain black loafers whose only discernible ambition was to get their owner up and down school corridors without attracting the attention of the deputy head.” — Nick Hornby, About a Boy (1998).

It is 2010 and we are drowning in a multiform flood of loafers. A young marketing professional walking down Wardour Street might be seen in a pair of soft matte Tod’s with distinctive rubber tyre tread climbing up the heel. A middle-aged East-End kingpin arriving at a tacky strip club might be brandishing a pair of suede Guccis. And an old minicab driver, aiming to increase his tips by donning a tie and shirt beneath his stained leather jacket, might pick up a post-theatre fare in a pair of brown, patterned Marks & Spencer slip-ons. But none of these even hint at the kind of loafer that Marcus sports in 1993 (the year in which About a Boy is set). In order to flesh out this skeleton of a footwear notion, we need to take a soft, comfortable stroll back down the hallway to the Eighties. Only here can we plug in our loafer detector, sweep it back and forth across the linoleum, and hope for that telltale high-pitched whine. 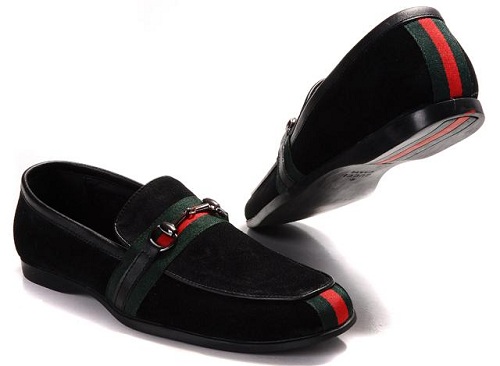 In 1983, I was 10 years old. And while I had never heard the word “loafer”, my myopic world view certainly contained a category for men’s slip-on shoes. There were only three members of this category. On our frequent family holidays to Spain, we invariably ended up eating English food at English bars in English beach resorts. For me, this would also mean watching English adults get English drunk. Spain has always been a holding cell for runaways. The Costa Blanca is full of washed-up pissheads who are on the run from their wives and lives (and, often, the police). My Mum’s tipsy friendliness and sympathetic eyes, not to mention her many years’ experience dealing with alcoholics, would bring the pissheads swarming. Not wanting to look any of these ruddy-faced failures in the bleary eye, I would sit quietly and look at the ground. And, on the ground, completing an outfit that might have included white shorts, a stained polo shirt and a sailor’s cap, I would usually find the brown, yacht-rock, woven loafer. Mildewy at the tip (from the splash after splash of so many swaying sessions at the urinal), wearing away at the heel and housing a gouty, crusty foot, these specimens were all the British rage across the Iberian peninsula. 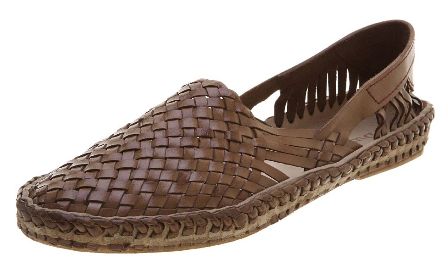 Clearly this isn’t the Marcus loafer. No schoolboy, even after turning into a permanently sozzled expat escapee, would be seen wearing such a horror. What of the second shoe in the slip-on category, then? My brothers were both enmeshed in the late ’70s skinhead revival, in which ska nights and sharp suits had been swapped for spitting and Sham 69. On a typical Saturday morning, the two hooligans would leg it out of the house down to Harrow-on-the-Hill Underground station, meet up with all the other Harrow Skins, guzzle a load of cider and then smash up a train up on the way to Highbury Stadium. Doctor Marten’s with steel toecaps were de rigueur. In the evening, though, it was a different story. Birds down at the disco weren’t interested in booted bovver boys. So bleached jeans and steelies, appropriately rugged for an afternoon of drunken pitched battles, would make way for Sta-Prest slacks, white terry socks, and oxblood Loake’s loafers, suitable wear for a night of slow-dancing to Spandau Ballet. 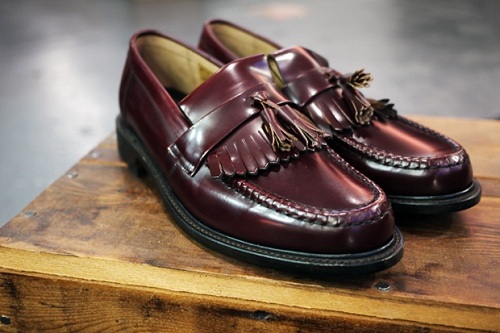 The Loake’s loafer brings us closer to Hornby’s corridor-creeper. When I watched my brothers change up and soak themselves in Brut before a night on the pull, I would stare covetously at their chunky, fancy foot cushions. They met the smart-shoe requirement imposed by my pretentious-but-down-at-heel prep school; and the skinhead association would have increased my hard-man currency. But they were too pricey and my Mum wouldn’t let me have them. Probably because she feared that I’d turn into a skinhead too, only a much more expensively educated one.

This brings us to the third and final archetype in my slip-on universe: the generic high-street loafer. This everylad utility shoe served many purposes. Modest and simple, it allowed you to keep a low profile and avoid the systematic verbal drubbing that was meted out to wearers of poncier or nerdier footwear. The lightness of the upper and the slipperiness of the sole made it a high-performance ice skate in playground sliding competitions. And because it did away with the fuss and fiddle of laces, you could remove it easily and whack someone round the head with it in a classroom scuffle. Lastly, and most appositely, you could use this Swiss Army knife of a shoe in stealth mode to slink away from the scene of a dining hall riot after a sadistic schoolteacher has intervened. All of which suggests to me that this is the kind of loafer Hornby has Marcus wearing.

So can we offer the literary shoe inquisitor anything more detailed and useful than “generic high-street loafer”? We can’t provide a photograph, since this multi-purpose foot-glove lived its short life long before the world of the everyday was widely documented on the Web. But we can fatten up our visual description a little; the loafer’s upper was lightly brogued and divided into horizontal strips of about an inch in width, and the progression from upper to side was smooth and unmediated by piping or other decorative edging. We can also be a little more specific about who might have made it. Back in 1983, the biggest footwear chain around was Freeman Hardy and Willis; every suburb and provincial town had one. If you weren’t taken there by your mother to kit you out in own-brand slip-ons for a new term, you’d get dragged to Clark’s instead for a pair of chunky quasi-orthopaedics. And no ridicule-fearing schoolboy wanted that. 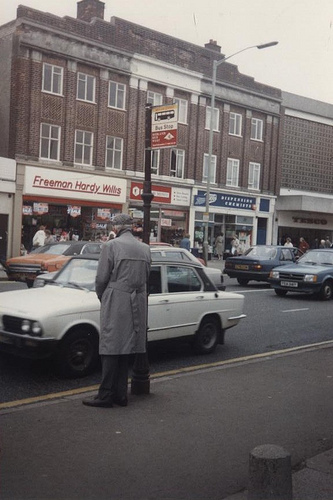