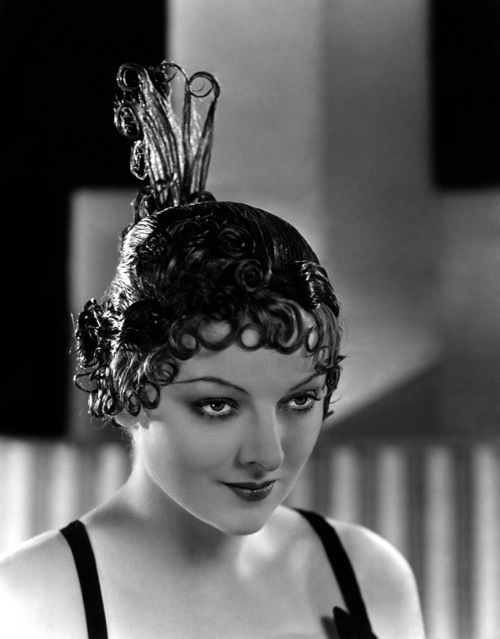 As Nora in The Thin Man series and Milly in The Best Years of Our Lives, actress and activist MYRNA LOY (born Myrna Williams, 1905-93) created deliciously smart, urbane characters. Her husbands may have worn the pants but she told them which ones to put on, without appearing the shrew. At the height of the Thin Man franchise, she refused to return to Hollywood until MGM agreed to give her equal pay for equal work; she’d been making half that of her co-star William Powell. However, what really set the “Queen of Hollywood” apart was the way she fought her day’s all-American predilection toward prejudice. Loy’s not apparently doing much, in the scene from The Best Years of Our Lives in which her husband gives a drunken speech at a dinner in his honor put on by his employer, Cornbelt Loan and Trust — but she’s sober and focused, supporting Al’s critique of how banking is rigged to further plump up the fat cats and screw regular folks. Off-screen, Loy gave fierce early speeches against Hitler, co-founded the (anti-McCarthyite) Committee for the First Amendment, and was a hands-on adviser to the National Committee Against Discrimination in Housing. In the 1960s she went head to head with California Governor Ronald Reagan, who opposed legislation meant to prohibit housing discrimination. I wish she were here to grill Goldman Sachs executives about subprime loans, or oppose Tea Partier Rand Paul — who channeled Reagan to claim the Civil Rights Act was fine when it came to desegregating public institutions, but not private businesses. Where is today’s Myrna Loy?