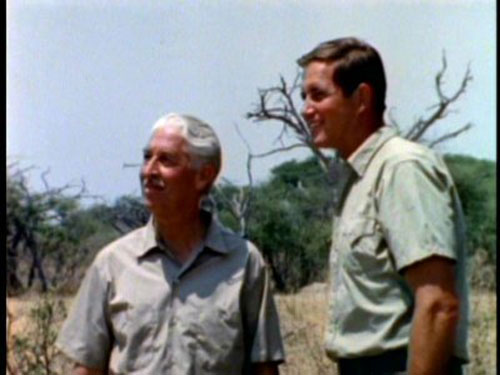 Welcome to Mutual of Omega’s Wild Kingdom. I am your host, Marlin Perkins, and in the field we have Jim Fowler. Tonight, we take you first to Cornwall in the United Kingdom, home of Timmy the Tortoise. Timmy is a 60-year-old teenager, a bit shy, perhaps not as popular in the pen as some of his mates, isn’t that right, Jim? 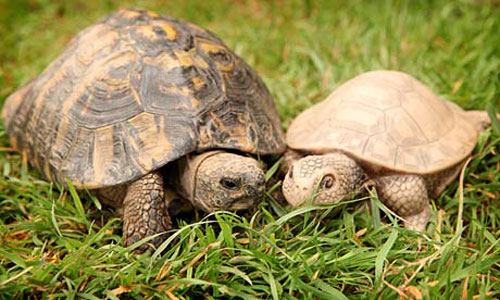 Actually, Marlin, he hasn’t got any mates. Many of these tortoises were brought to this location as ex-pets. But despite their similar backgrounds, not all of them get along. The other tortoises here bully him when they deign to notice him at all, and he was separated from them and moved into his own pen.

Aggression is common in the animal world; all creatures have developed techniques of attack and defense. But Marlin, here in the pens Timmy almost seems to be a victim of social shunning, a relatively sophisticated social activity which mammals, especially the higher primates, usually reserve for themselves.

Yes folks, Timmy suffered his isolation stoically, as far as his handlers could tell. Timmy, along with hundreds of other ex-pets, lives in the Tortoise Garden Sanctuary, St Austell, Cornwall. Not tame, not wild, but somewhere in-between, these animals are cared for, and fed, but are no longer “pets,” if indeed they ever really were. But something even more unusual has occurred; tell us about what’s happening now, Jim.

It’s quite something, Marlin. Moved by the unfortunate spectacle, one of the Sanctuary’s owners attempted to alleviate Timmy’s loneliness with — a doll. Tanya, as we can see here, is a plastic tortoise. She’s been molded and tinted to be about the right size and shape, but she’s not a robot, just an inert plastic model. An inaction figure, if you will. But this is the amazing thing. Timmy does not just play with his doll. He has found a virtual friend, and reacts to Tanya as if she was a living thing. He nuzzles her nose. He tries to feeds her lettuce. He refuses to go into his hut unless Tanya is placed in first. Does Timmy believe that Tanya is a real tortoise? Is he fooling himself because it’s better than the alternative? Does he just not know? We don’t yet know the answers to these questions, Marlin.

Thank you, Jim, that is a truly fascinating story.

And now, for the second part of our program, we journey halfway around the world, where we have tracked some of the higher primates to a very unusual den. They have converted it into a workshop where they make inaction figures for their own species. Let’s roll the video for everyone at home in our viewing audience.

Well, let’s roll the video for the adults in our viewing audience who are at home and not at work, shall we say.

That video is courtesy of the filmmakers at www.californiaisaplace.com, a site dedicated to documenting the wildlife of the Golden State. What do you think about that, Jim?

I don’t know, Marlin, it seems that some of those creatures might be roaming pretty far from their natural habitats. Now of course we know that with the primates, a so-called natural habitat is in large part a cultural one, but this dolled-up desire may be a response to the particular stresses and pressures of our enclosures and zoos. And I don’t mean that just literally, I mean more of an enclosure of the mind. For example, I believe that that man in Alaska thinks it’s better than the alternative. But we could also ask why he has isolated himself to such a degree, and why he felt the better alternative was to spend thousands of dollars on a doll, rather than on a relocation? With the tracking devices on the tags we’ll be able to monitor future behavior and better understand the patterns.

But Jim, aren’t you forgetting something? I didn’t see you tag anything — or anyone— yet this episode.

That’s right Marlin, I don’t need to tag these plastic creatures. They come with RFID chips already embedded. And some of the living ones are opting-in to the chips as well. Let’s hope that doesn’t become too common or I might be out of a job!

Well, that’s all for this evening folks. Thank you for joining us, and please tune in next week, for another exciting episode of Mutual of Omega’s Wild Kingdom.

Link to California is a Place courtesy of @niemanstory.