The very top of Mt. Pop Olympus is still occupied by the Beatles. Other gods have been added on either side, but the Fab Four still stand astride the great middle. 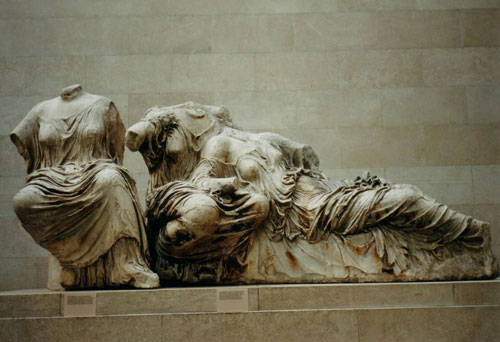 But although they were not made of marble (yet?) they were made of mythology. In addition to worshipful popularity, the Beatles have this in common with the oversize figures of Zeus and Co.: we made them up! Yes, John, Paul, George and Ringo are/were real people, but their inhabitation as iconography is all cultural overlay, a crowdsourced creativity that is as malleable as it is perhaps inevitable. 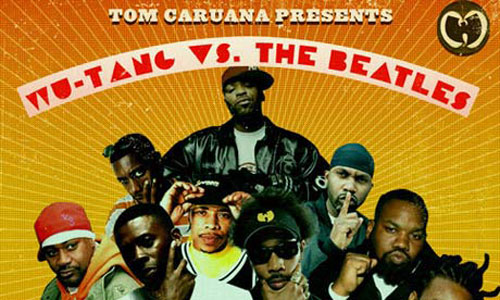 Accepting the baton from DJ Danger Mouse, whose 2004 The Grey Album remixed the Beatles’ White Album with Jay-Z’s The Black Album, and ruffled copyright feathers on both sides of the argument, Tom Caruana mashes up the Wu-Tang Clan’s rap with the Beatles’ top-40 pop, offering it for free download from his website. But Caruana doesn’t use just any Beatles: he uses Beatles covers. Covers are not only a way around potential lawsuits, they also emphasize the common in cultural commons, the public in public domain.


[Encore by Jay-Z, samples various titles from the Beatles, remixed by DJ Danger Mouse, The Grey Album, 2004]
[Forget Me Not by Inspectah Deck, samples You Won’t See Me (performed by Ernest Ranglin, written by Paul McCartney), remixed by Tom Caruana, Magical Mystery Chambers, 2009]

And Caruana doesn’t stop with the music, he mixes in voices: interview snippets of the deadpan Liverpudlians alternate with the cries of desperately in-thrall New Yorkers; the snips and snails of the music on an even basis with the sugar and spice of its popularity. The rough and the sweet sashays back and forth between rap and melody, Liverpool and New York, artists and fans, authors and — authors, and reminds us that it takes a village to raise a mountain. Or, to mashup its inhabitants.