“You’ve entered this space in the middle of a slow implosion, of things, text, faces, videos, access, egress… There is an Enclosure that a wide-open space contains, including rooms and traps, and internalized mechanisms of control and limitation. Each of us is a nexus of competing areas of memories and desire, imagination and will, and as we walk around and down the street we’re really almost anything but free. We think we’re thinking our own free thoughts but how much of that is conditioned? Worries about the rent, hopes for tomorrow, a snippet of song; any number of things, both quotidian and profound. How much of any of it do we remember when back inside? And are we ever really out?” 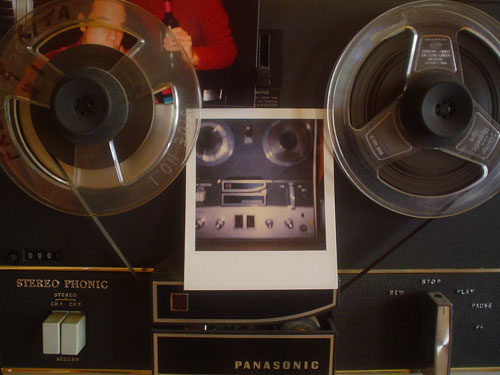 When you walk down the street you are no more thinking about every individual step than you’re thinking about every individual letter right now. You glide over it in a silver balloon of your own construction, the steps a slender tether to your reality. We’re almost an epiphenomenon to our own experience, so much are we wrapped up in thoughts and worries and fantasies and reenactments. All virtual, ladies and gentlemen, all virtual.

[All Pewtrified, from Our Singing Country, Contributed by John A. Lomax, Jr.] 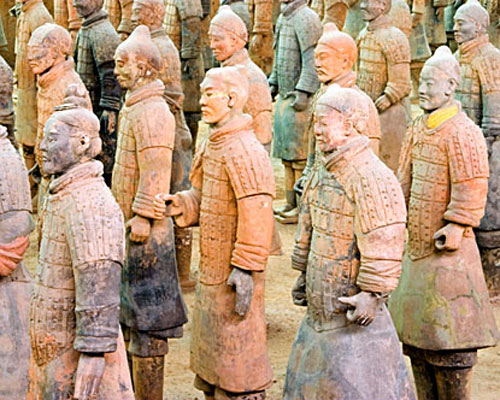 [The Terra Cotta Warriors, by Peggy Nelson, from So Many Important Things]
***

Apples (2004) was an installation for a Prenzlauer Berg spring. I hung apples from every tree on my street (none of which were apple trees). A floriogram from Boston to Berlin. 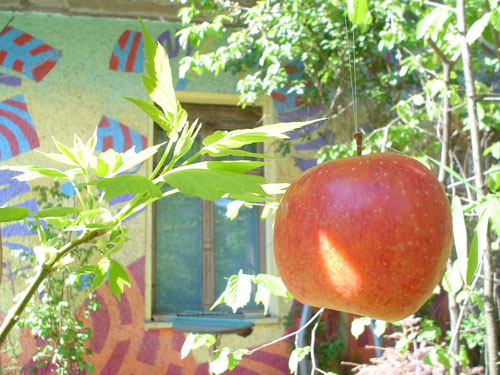 [Installation shot (outside my apartment on Oderberger Straße), Apples]
***

Covers (ongoing) is an experiment in documentation. Polaroids are used to cover various standards. 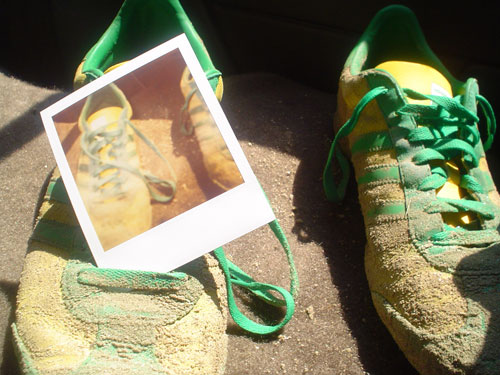 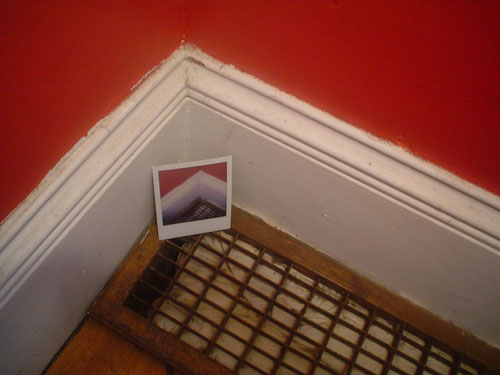 The Audio Tour (2006), was a Burning Man dérive. You can’t not dérive at Burning Man. It was my solution to a painting problem – how to fill that much space? And then I realized – sound. Entries are played at random at “listening stations,” and the listening stations are – up to you. Download here, dérive anywhere. 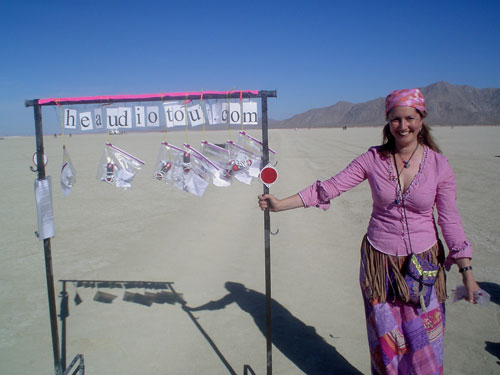 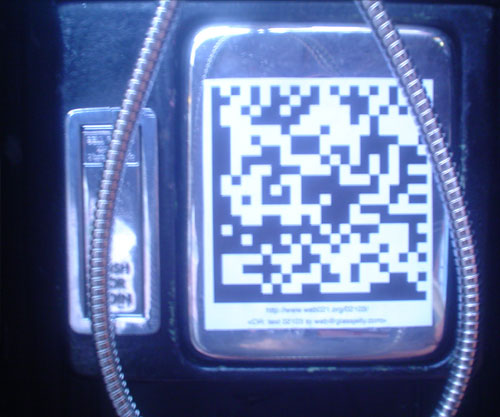 So Many Important Things – Jason Grote and Karinne Keithley produced this walking tour for the 2009 Conflux Festival, an annual aggregation of psychogeographical arts. I was mixed in with other writers, living and dead, to navigate the streets of Brooklyn. Vocals by Jenny Seastone Stern. 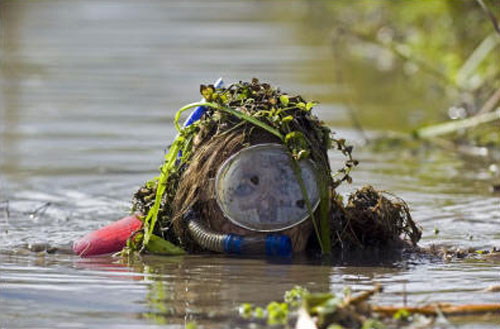 [Bogsnorkeling, by Peggy Nelson, from So Many Important Things]