Society of the Spectacle

Megan Archer is court painter to our modern aristocracy of celebrity. Like the subjects of Velazquez, Sargent and Warhol, her famous faces are a mirror of importance and power, but not their own: ours. 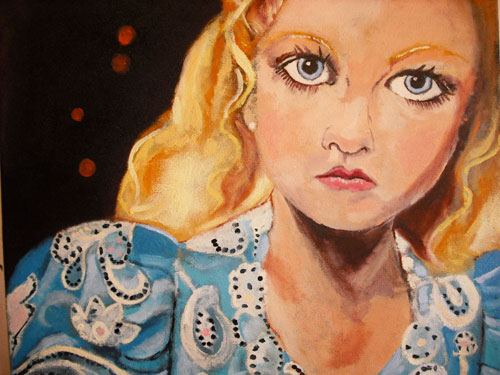 We vest celebrities with the fabric of fascination, spinning aura out of our own attention. The actual emperor underneath the virtual clothes is often unimportant, as evinced by how quickly we swap them out. They don’t need to be too beautiful, and they should not be too interesting, as it will interfere with our fabulous constructions. 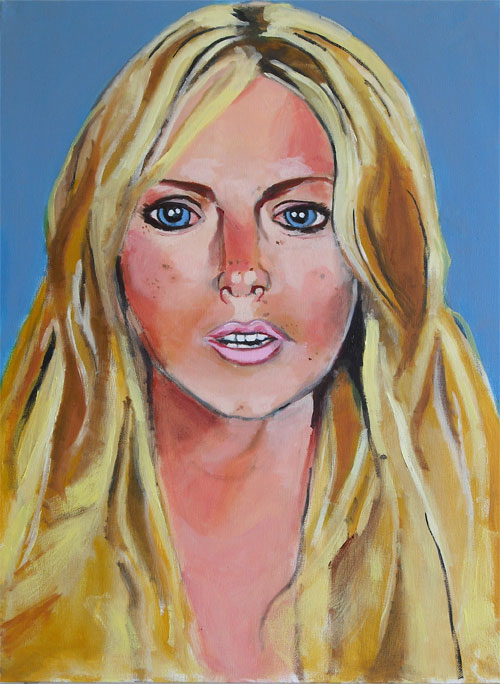 Archer’s work reexamines both the image and the person underneath. The painterly, lush technique is flattering – up to a point. She takes Sargent’s complaint about the portraitist’s task, “a likeness in which there was something wrong about the mouth,” and pushes it further, draws in distortions or leaves intentional gaps, so that the features fall toward the uncanny. Her deviations from the formal both remind us of the necessity of imperfection for individuality, and of the distorting effect of the media through which all qualities are strained. 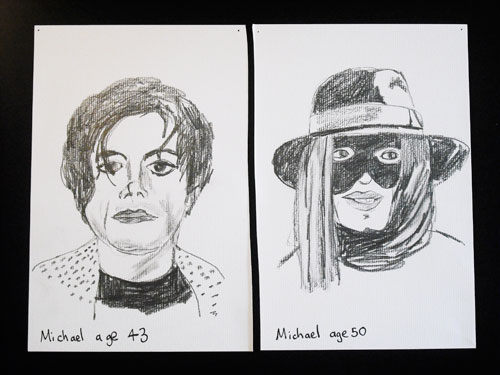 Significantly, her images are sourced, not only from photographs, but from tabloid snapshots, the primary sources of our cultural landscape. In Us Weekly or Vanity Fair, from TMZ or Entertainment Tonight, these Photoshopped, altered, cropped and framed images are the celebrity, but they are made up as much by the materials of their composition as they are by the body beneath. 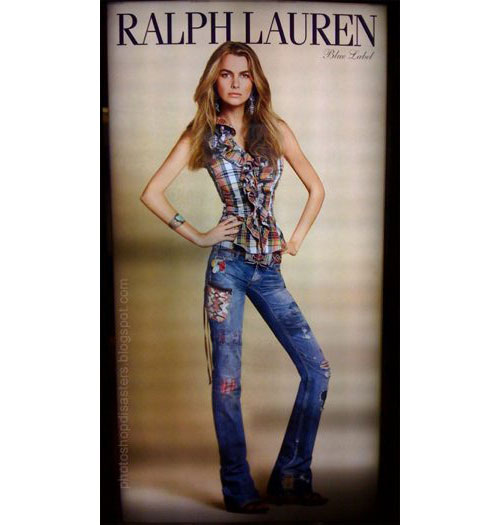 [Model: Filippa Hamilton, image: Photoshopped in a Ralph Lauren advertisement. Ms. Hamilton was later fired for being “too big.”]

And they are our rulers, in both senses of the term – we endow them with great power and follow their mandates, and we measure ourselves by them, never measuring up.

Women’s bodies are the playing fields of Eton on which these campaigns are won or lost. Many of Archer’s works are bisected or composed of multiple canvases. In part this is an art-historical quote, a gesture back to the times when portraiture was of royalty, when canvas didn’t come in wide enough rolls for the really important works, and had to be pieced together. But it also functions as a symbol of the sexual violence inherent in her source images, where women’s bodies are used in advertising, in the sell, a process which commodifies and dehumanizes the messenger. 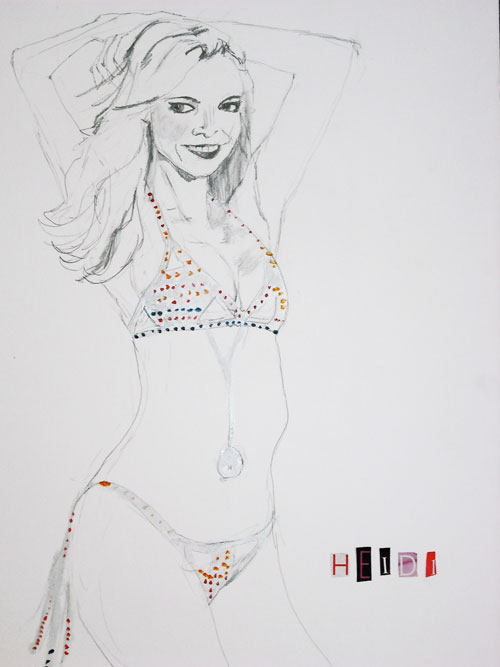 Further, our hypersexualized imagery slides alarmingly down the age scale. Why are children encouraged to dress as sexually mature women? Why are women’s facial features enhanced to resemble the protean curves of childhood? If this is what “makes them famous” and this is what, as a society, we desire to desire, then what are we really valuing? A pervasive need to infantilize measures a very deep and dark fear of something, in this case, women’s sexuality. We have institutionalized a misogyny so vast yet invisible, so hidden in plain sight, that while a few standing by the parade grounds have drawn the connection, their shout-outs have been effectively ignored, and the ancient emperor proceeds. 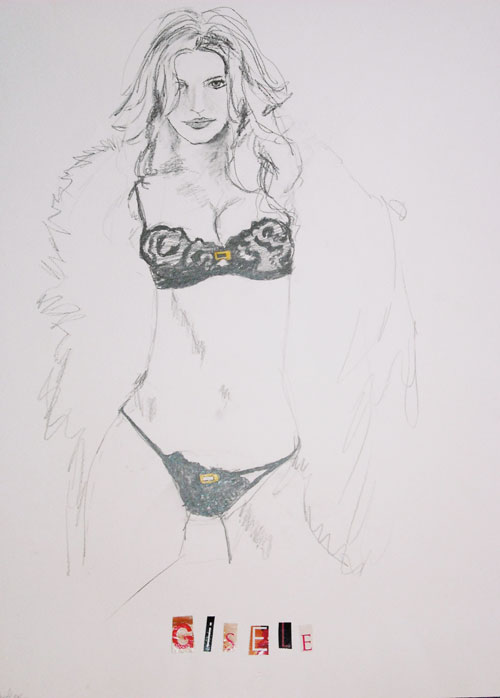 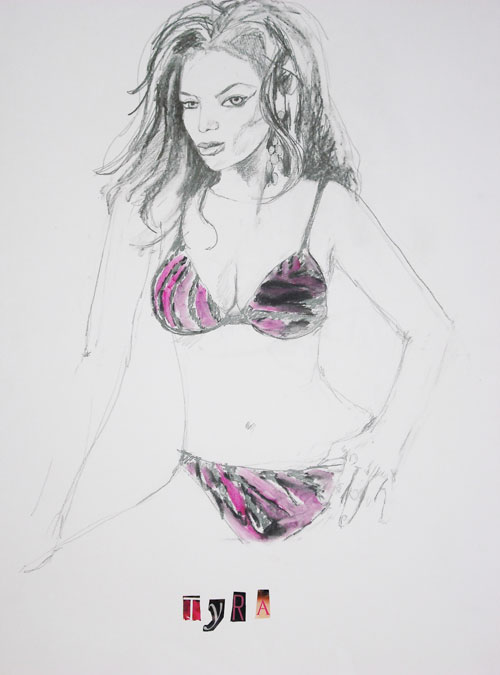 The kidnapping-style letters on the supermodel drawings are full of intent. Despite the preemptive Stockholm Syndrome that aspiring celebrities must embrace, their images are being held for ransom. What this can do to the person underneath is no secret. But we are the kidnappers, and we pay ransom to ourselves. Yet we never set the prisoners free, for they are us. So the contemporary court painter must be court jester as well, the one allowed – compelled – to speak truth to power. 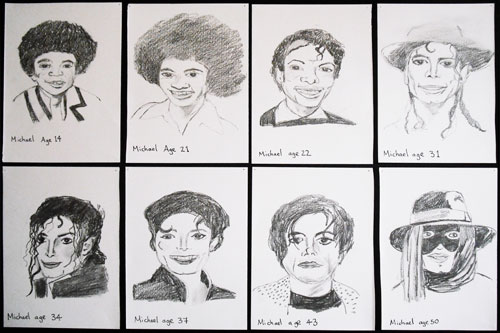 Megan Archer may be reached at: archermegan [at] yahoo [dot] com.