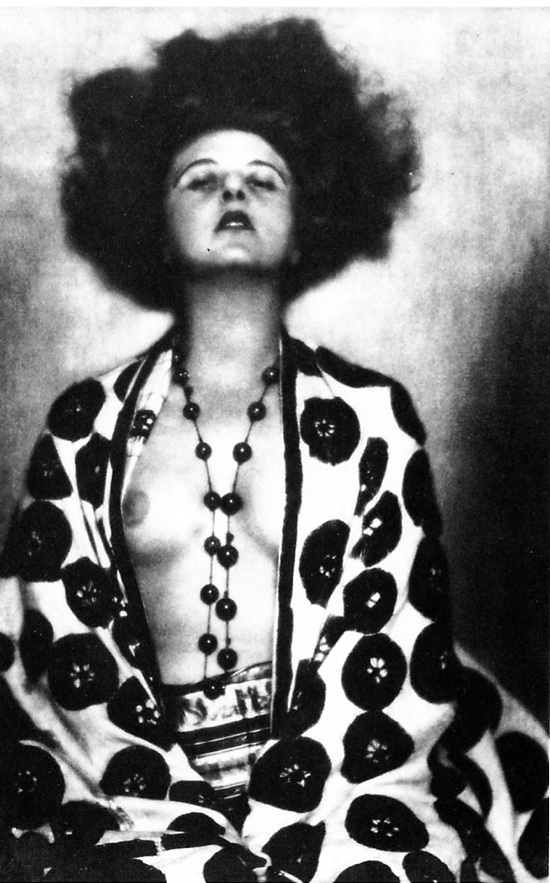 What did it take to be the most scandalous performer in Weimar Berlin? ANITA BERBER (1899-1928) had a penchant for going out in public naked under her sable wrap, affairs with married women and judges, an enduring relationship with a mother-daughter team, and she flaunted her cocaine addiction. But none of these would have been remarkable in ’20s Berlin. Nor was it her dance titled “The Depraved Woman and the Hanged Man,” at the climax of which she was on her back lapping at the sperm of the executed man. It wasn’t even the pet monkey. I think the scandal was Berber’s unashamed glee at embodying every vice and dark kink in that city and era. She was not ashamed to be Berlin. Performance art, The Living Theater, Punk, club kids: New York’s downtown history plays out like one of Berber’s idle hash dreams.

On his or her birthday, HiLobrow irregularly pays tribute to one of our high-, low-, no-, or hilobrow heroes. Also born this date: Maurice Sendak, Nat Hentoff, Judy Garland, Howlin’ Wolf.