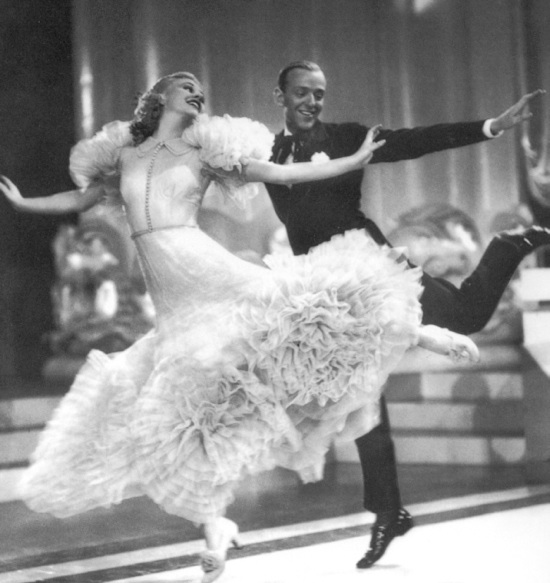 It’s true, musicals are silly, and musicals featuring FRED ASTAIRE (1899-1987) were some of the silliest. The ideas were not lofty, the plots and motivations were, shall we say, porous — but those dances were pure abstract glissandos of delight. A little thin, a little diffident, a little odder than average — maybe he doesn’t look like the kind of guy you’d follow. But then the music starts, and Astaire starts to move, and sweeps you along with him. Sure, it was choreographed (by Astaire in collaboration, most notably with Hermes Pan) but choreography is just an idea — the execution is the manifestation, the dance is what’s real. Does anyone dance like that anymore? If so, can you call me? No, seriously.

On his or her birthday, HiLobrow irregularly pays tribute to one of our high-, low-, no-, or hilobrow heroes. Also born this date: Olaf Stapledon, Sid Vicious, Marcel Mauss, Donovan.