Wittgenstein? Whimsical? Absolutely not. I mean just look at the man!

Look at his architecture! 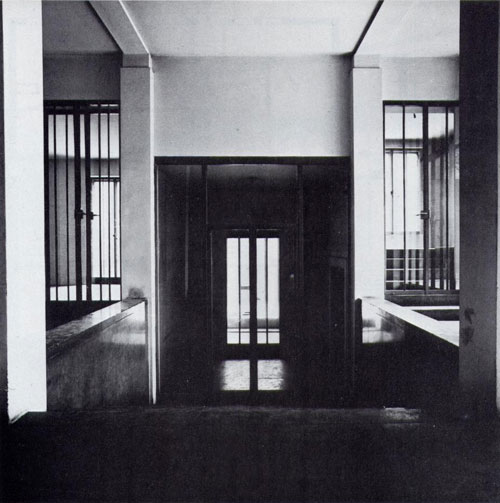 Look at his text!* 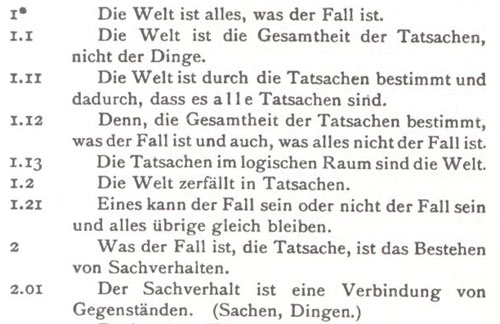 [First part of the Tractatus Logico-Philosophicus, by Ludwig Wittgenstein]

After dismantling the structure of western philosophy into its component linguistic parts, he advised aspiring philosophers to sign up for wood shop.

Construction of future philosophies on the salvaged remnants of the old was not his thing. Do not sport and frolic amongst the ruins. No spray-paint, no follies, no shantytowns of the mind. This rubble is not what is the case and cannot be made to be so. The spade was turned; go live your life. With as much honesty and austerity as you can manage to muster.

Yeah, you know, whatever.

This lifelike avatar is a composite of the big W and his three sisters: 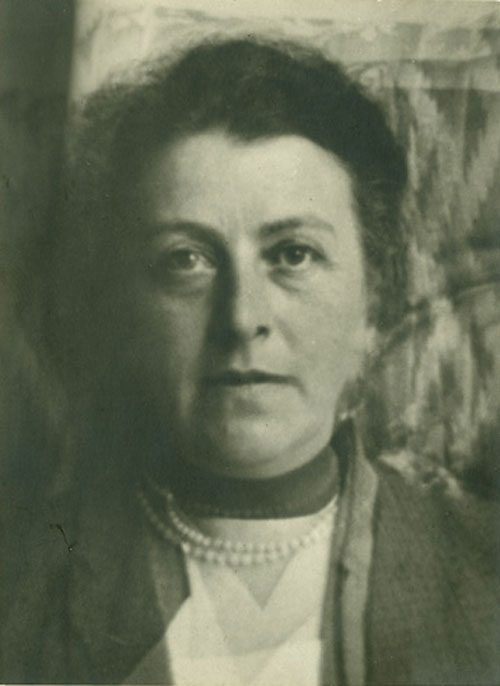 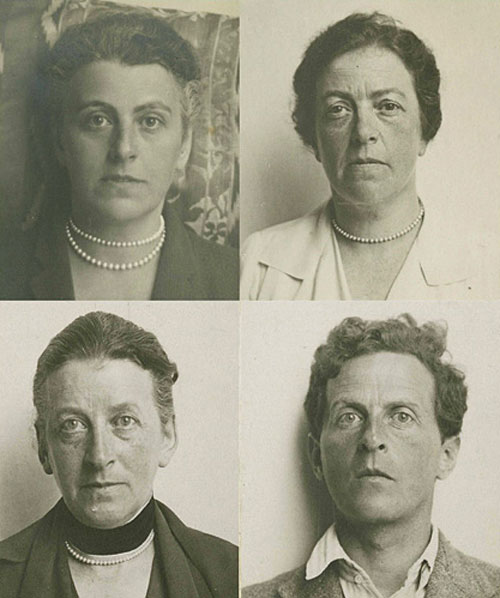 [Little brothers can be so annoying, Wittgenstein Archives]

Insights from the image led him to fearlessly push at the frontiers of our games. He didn’t have to do a whole Tumblr of them. Like the rest of his work — you see it, you got it, as my high school physics teacher used to say. You don’t see it yet? That’s your problem.

The colossus of the 20th century was hanging out in our virtual salons! Once we built them — he was already there.

As usual, the rest of us just had to catch up.

*The propositions embedded in W’s later work moved away from the bullet points of the Tractatus. But as every acolyte of austerity knows, even the cleanest lines are edged in fractal complexity, when examined closely enough.

Wittgenstein’s mashup featured in Wittgenstein and Photography, exhibit at University of Cambridge, UK.