We are delighted to present NOOSFERA, a curated selection of Mexican artist Charles Glaubitz’s depictions (watercolor on paper, and acrylic on canvas) of the Beautiful Dreamers — who inhabit the “noosphere.”

My work is influenced by unseen things, mysticism, quantum physics, comics, the stories of ancient cultures, animation, myths, and alchemy. Each series of works is a new chapter in the narrative of the ethereal beings known as The Quantums, as well as the Star Seed Children — who are mythical avatars to the Beautiful Dreamers. The Beautiful Dreamers, meanwhile, are cosmic children who create a psychic state of contact with the ancestral spirits — a source or fountain known as The Dreamtime.

The Beautiful Dreamers inhabit the noosphere (noosfera, in my native tongue), which is the the sphere of human thought, the collective unconscious transformed into conscious awareness. 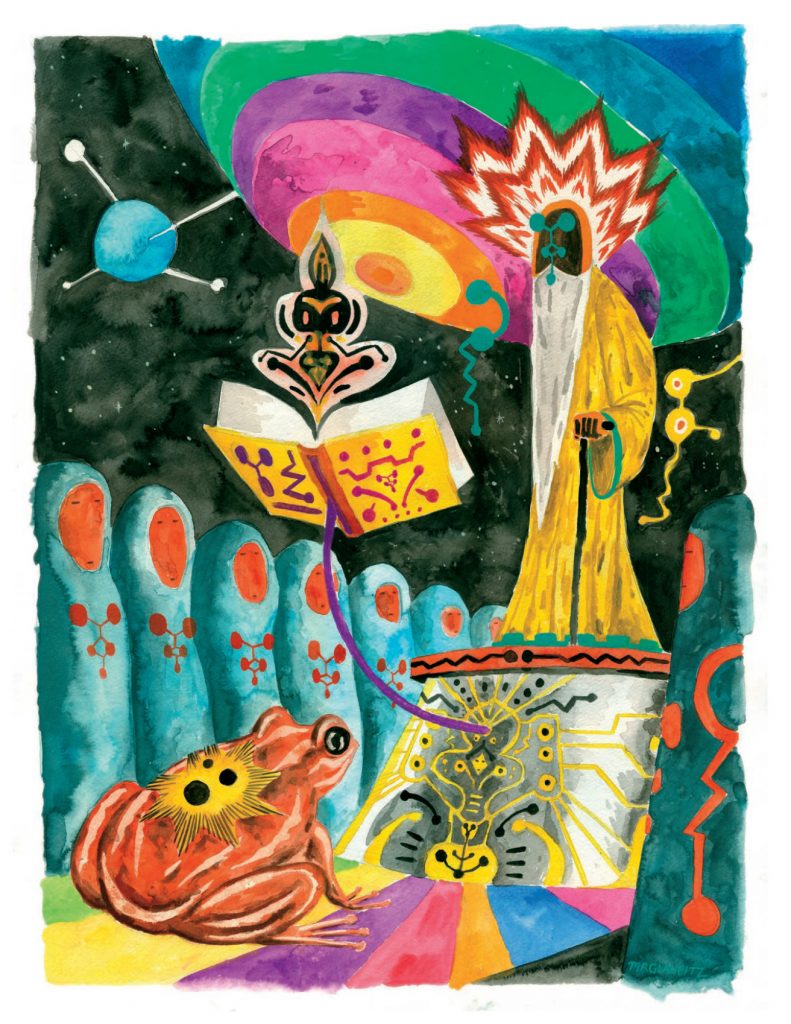 See All Posts by Charles Glaubitz

Charles Glaubitz is an illustrator and designer who lives in Tijuana, Mexico. His work has been displayed in several museums, including the San Diego Museum of Contemporary Art. Illustration clients include Rolling Stone, Nickelodeon, and many more. His graphic novels Starseeds (2017) and Starseeds 2 (2019) were published by Fanatgraphics.