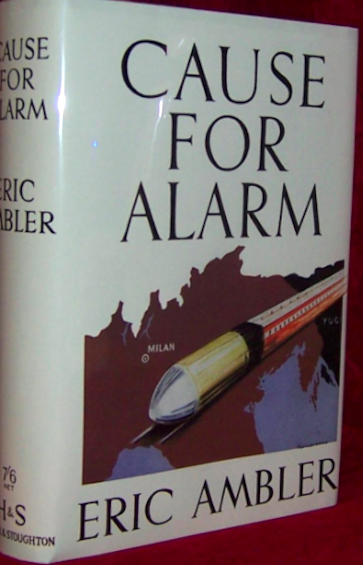 While in Milan, Nicky Marlow, a young engineer selling British grenade-making machinery (on the eve of another world war), is approached by German, Soviet, and Yugoslavian agents seeking his aid in gathering intelligence from Italian armament manufacturers. When he finds both his career and his life threatened by the Nazi agent, not to mention by Mussolini’s secret police, who use casual violence as a tool of social control, Marlow must place his trust in Andreas Zaleshoff, an anti-fascist American businessman of Russian descent who may be a Soviet spy. When Marlow and Zaleshoff flee the city, heading through northeastern Italy, by train and on foot, to the Yugoslavian border, the story kicks into high gear. (Some readers feel that this is where the story becomes too Buchan-ish; Ambler is the link connecting Buchan with Le Carré.) Like many of Ambler’s protagonists, Marlow must tap into a hidden reservoir of bad-assery.