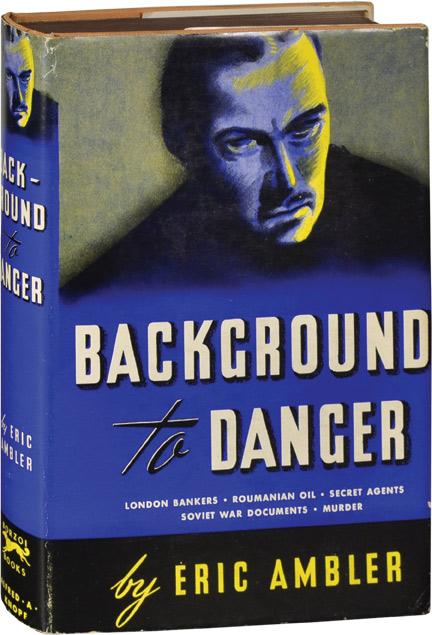 Kenton, a freelance journalist, is headed from Nuremburg to Vienna (pre-WWII) after a night of gambling. He’s broke, so when a Jewish refugee escaping Nazi agents offers to pay him to smuggle valuable financial documents across the Austrian border, he jumps at the chance. However, when Kenton arrives at the man’s hotel, he finds him murdered; the documents, it seems, are of vital importance — but to whom? Although the plot is convoluted (the Jewish man was actually a Russian double-agent, the documents are Russian plans for a possible attack on an oil-producing region in an area contested by Russia and Romania), the action is fast-paced. Kenton flees across central Europe, pursued by communist and fascist agents.

Fun facts: Adapted as a rather dull film (Background to Danger) in 1943, directed by Raoul Walsh. The film starred George Raft as Kenton; and Sydney Greenstreet and Peter Lorre, in one of their nine appearances together. 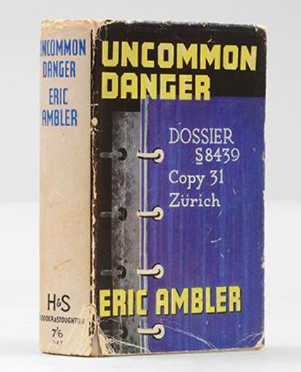