When our life flickers before our eyes at the end, we might each find ourselves the distracted audience of our own story. Art has been improving life in the work of Dean Haspiel for some years now, in street-level legends of neighborhood characters with epic flaws and tragic passions. Haspiel’s work has jumped dimensions from comicbooks to TV and theatre, and his image snaps back to roots and maybe six feet under in The Last Bar at the End of the World, his latest stageplay, in which the fourth wall falls on Haspiel himself and his alter-ego, the under-confident comic creator “Buford,” rises in his place.

Buford is facing the midlife crisis of having the other half left to live, with his dreams of control over both his creations and his self-sabotaging love affairs slipping farther from his grasp. The pieces of his daily existence are scattered in a series of vignettes in the play’s first half, with many of the characters converging for one continuous sequence in the second, staged in one of those film-noir/Edward Hopper late-night saloons at the corner of life and oblivion, reality and metaphor. Though at once both staccato and stifled, the first act is effectively structured to set up the stream-of-consciousness poetry-slam and existential slapstick of the assured and absorbing finale. It’s last call for Buford, but we can see the many directions in which Haspiel can go from here. I was waiting for him on the way out of the premiere to question him on where he was at on that night… 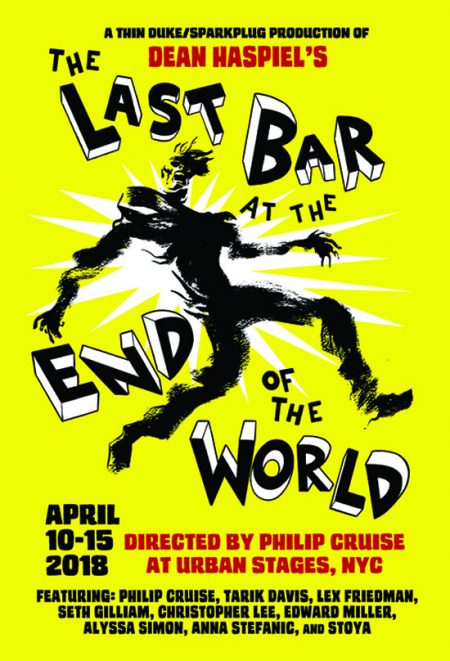 HILOBROW: What strikes me about this play is there seem to be a lot of gulfs that people are trying to speak across, which reminds me of the panels of a comic, but here we’re in real time and it’s souls trying to understand each other. The first half almost seemed to be trying to be disjunctive, whereas in the second half, things come together as much as they can; people aren’t talking past each other, they’re trying to shout loud enough to hear each other… 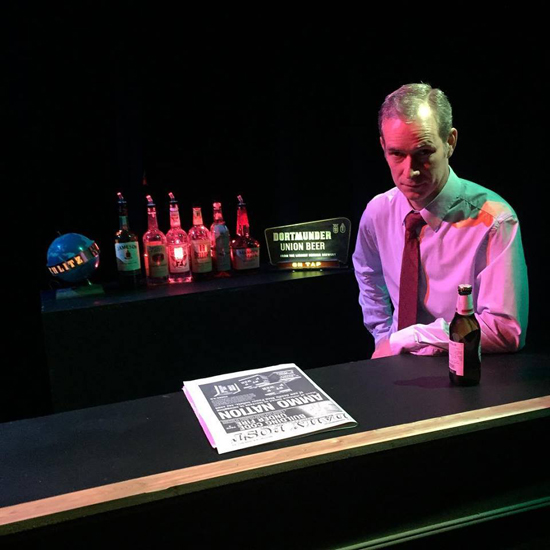 HASPIEL: I purposely tried to write a little more grounded, and a little more vulnerable, try to put more of myself out there; this is emotionally semi-autobiographical in a lot of ways, so, even I’m cringing as I’m watching some of it. I’m putting some stuff out there that makes me…that’s not necessarily heroic, and it becomes obsessive. And then I have these, kind-of sages, these women, who are very important to the overall thesis, because these are people who are not necessarily in our protagonists’ lives; they’re chance meetings, they’re almost like fate, in a way. And upon these chance meetings, [the protagonists] are able to figure out what to do next. [Especially in the cases of Anna Stefanic as a barroom seer advising Buford, and Stoya as a random commuter shedding light on the predicaments of Buford’s besty Tobias (Seth Gilliam) during a serendipitous subway ride.] I think that that’s true in life, in that you and I could be talking and you could be giving me advice, but I may not necessarily listen to it, because you’re my friend, you know me; but if a stranger said exactly what you said to me, then suddenly I’m listening to it, because I’m feeling like, “Oh my god, how could you know me, it must be true” [laughs]. When we get to the second act, it’s otherworldly; I do dabble in other planes that coexist with real life. 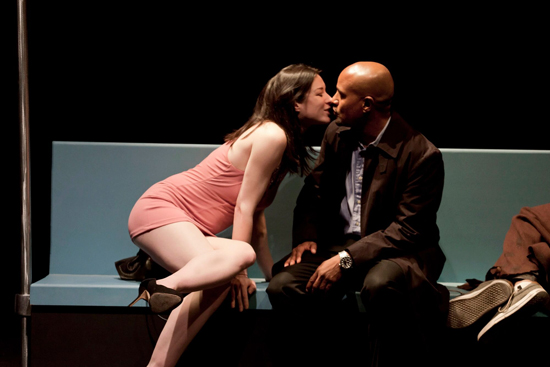 HILOBROW: There’s certainly a tension to the first half that’s lifted in the second act; something that recurs in both halves is, not missed connections, but averted resolutions? Most explicitly at the end, with the…inconclusive Russian roulette, and even from the beginning, with all these people yelling past each other but never truly having it out. Was that a conscious way to dial back from the frenzy of your comics?

HASPIEL: What I was excavating from my life were the things I haven’t resolved, and don’t know if I ever will. When [Buford’s ex-wife Judith] finally comes back to him, he has three versions of her, like the cycle of hell, with three roses, and she’s going to give them a second chance, [but] he doesn’t know how to be happy. There’s a lot to chew on… 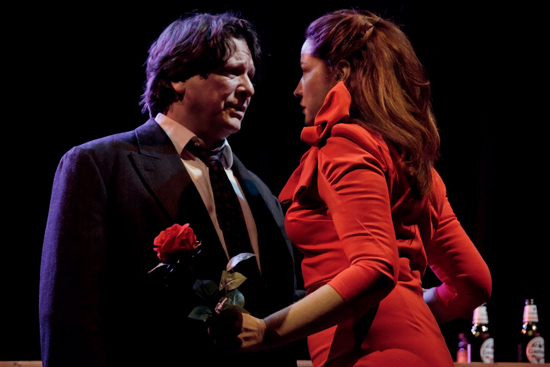 HILOBROW: One thing that articulated to me the change between the first half and the second half, is how a lot of the soliloquies from Buford are uncomfortable, while Anna does such a perfect job with your purple prose, and I wondered if it was more than coincidence that she’s a singer, that it takes a singer to do that form of dialogue.

HASPIEL: Maybe, that’s possible? I’ll take it. Anna did say in another interview that I write a mouthful — so, I take the blame for anybody having a tough time with my words. Edward [Miller], playing Buford, had to carry a lot of dialogue; he bares himself at the very beginning of the play, right out the gate he’s vulnerable, and he’s got a lot to reconcile, it’s a really tough character to portray. As to the way Buford keeps returning to the comic references, that’s the immaturity of the character. Weirdly enough, the Jack Kirby citations [which Buford applies to many situations] weren’t the ones I often think about, they were more like a tribute to themes of identity, and legacy, and what you can do with your heart… 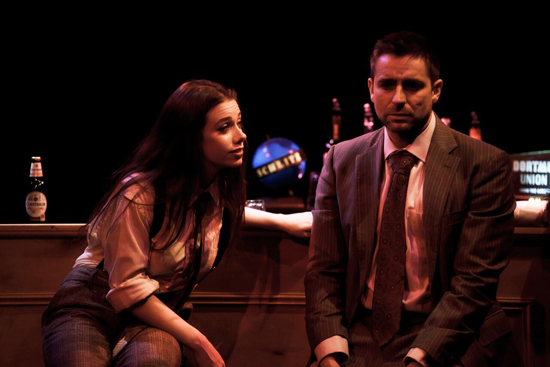 HILOBROW: How seriously do you take those citations? I was thinking those were comic-like in not the best way, because he’s kind-of speaking in captions, but on the other hand maybe that’s part of the box he’s put himself in…

HASPIEL: I think Buford is…stuck. In some of his heroes’ legacies. And he’s trying to navigate around this breakup, and how important it was to him — I was also trying to access the immature Dean; and I’m hoping at the end he does mature, he’s found…sanity, he’s found ease, he’s found calm. And the sound of calm is six clicks of a gun.