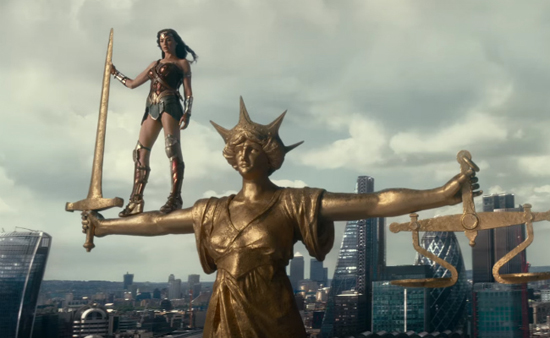 These are times of endless second-guessing — is the current regime in Washington strategically chaotic, or just sincerely reckless? Appearances play a bigger part than ever, and in Hollywood, where appearance has always been the entire point, face-saving and retroactive wisdom are in the foreground. If anyone believed that DC Entertainment’s movie division knew what it was doing, the company couldn’t have done a better job of lowering expectations, with a mounting track-record of catastrophes like Batman v. Superman and haplessly juggled release schedules, creative teams and shared-(or not-)universe concepts. Even after the deserved success of Wonder Woman, the one franchise left to deposed “DC Extended Universe” mastermind Zack Snyder, Justice League, seemed on-track to deliver a colossal disappointment, having been haphazardly marketed and seemingly still being tinkered-with while the prints were being trucked to the multiplexes. As I write this, right after its Thursday-night pre-premier, it’s unknown whether the film has commercially triumphed or cratered by the time you read this. But beyond my every expectation it deserves the triumph, so from that standpoint it may be edifying to consider what went right. 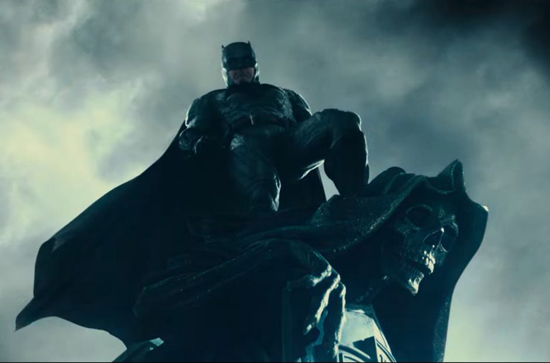 Structure and spirit are two reasons. The Marvel movies built their cast of characters over time, accumulating teams and combining franchise headliners and supporting characters. It was thought (like, by me) that jumping straight to a full movie of DC’s “Avengers,” the Justice League, would be hasty and overload audiences. But Justice League does not move in a straight line; we are given a sense of a 360 world as the characters converge on each other from Aquaman’s undersea kingdom, Wonder Woman’s remote island, and Batman, Cyborg and the Flash’s respective cities and personal haunts. The sense of preexisting worlds and mythos is convincingly felt, and Batman is the center around which the project rotates, not the figure these more powerful (and by-and-large more morally worthy) beings fall in line behind. 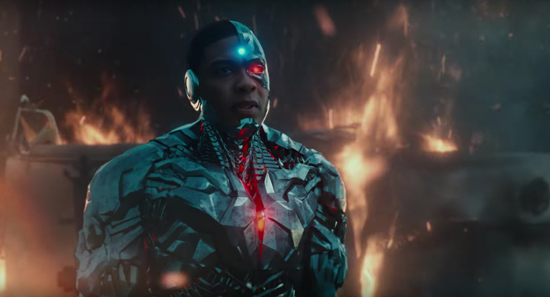 As to spirit, the movie captures the flavor of the current age without being specifically allegorical. Marvel’s movies interact with current events in the same way that its comics in their first heyday were known for being more rooted in reality than family-friendly DC; Justice League arises from the contemporary mood in a way that allows for abstraction while feeling very responsive to — dare I say, even remedial of — its real-world context. I hadn’t realized how much I was missing that, even in Marvel’s (typically brilliant and flawless) movies. This taps perceptively into the DC heroes’ nature as a modern pantheon, personified ideals of mortal character and aspiration, in contrast to the Marvel heroes’ modernist humanity and relatable flaws. Justice League is all about how hope can rise again — each one of its characters has come out of hiding, overcome disillusionment, returned from some kind of exile or tragic damage. Yet the emphasis is on the renewal, not the struggle. The echo of citizen helplessness in the Trump era, and the coincidental timing of the movie’s release a week after an election which seemed to start turning the tide, is hard to ignore, while the expression of this despair and defiance is never explicit; this pop parable will stand the test of time, even as it speaks illuminatingly to ours. 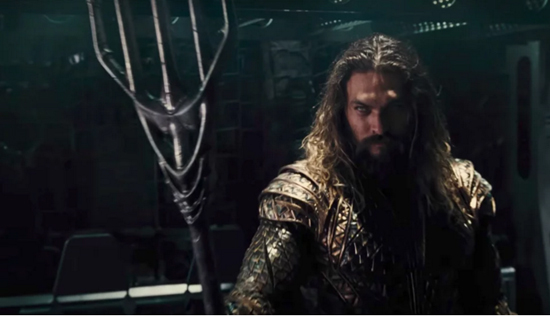 Curiously, Justice League’s somewhat stormy and silvery cinematography arrives not long after Marvel’s most primary-colored, pop-art movies yet, Spider-Man: Homecoming and Thor: Ragnarok. By palette and tone, that’s a bit of a reversal of the two publishers’ traditional roles, but the upbeatness once associated with DC is embodied in the way that, while Marvel Studios’ ensembles focus on friction, Justice League’s focuses on acceptance. These super-gods have their immutable attributes and personalities, and fit into place alongside each other despite the Flash’s nervous frivolity and Cyborg’s isolating bitterness and Wonder Woman’s simultaneous fierce pride and mournful fear and Aquaman’s robust kingly hubris and Batman’s singleminded, suicidal remoteness and calculation. (It’s become a cliché in the comics for Batman to beseech some character or other to “keep him honest” or connect him with everyday people and normal emotion; here, at one point Bruce Wayne confides to Alfred about Superman — whom he wants to resurrect — “He was more human than I am,” and it’s clear that Wayne/Batman’s limitations are insurmountable even while his martial skill-set is invaluable. Incidentally, not a bad analog to Ben Affleck’s offscreen fall from grace through his tortured implication in sexual-harassment culture; the character takes some pointed verbal punches for his male dominance in another scene, which now has a layer of critique we can cheer along with for entirely unintended reasons.) 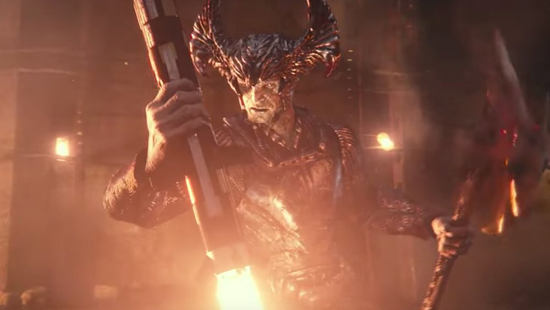 It’s a worst-kept secret that the resurrection of Superman is successful, and this movie gets his tone of hard-won wholesomeness exactly right. The characters’ diverse flavors are balanced well in what is far and away the most skilled work Snyder has ever done, and the witty, heartfelt script gets fine performances from everyone. Design is distinctive and tasteful, and the menace faced by the heroes is uncommonly coherent and its stakes genuinely consequential — to match the well-pitched archetypes of the Justice League, the filmmakers pull off the even more unexpected task of capturing the villains’ mythic ambiguities. The graven-idol look of antagonist Steppenwolf and Miltonian hell-swarm of his “parademons,” as well as the apocalyptic/edenic powers of his dimension’s technology, are adapted from Jack Kirby’s mystic-science Fourth World comics with an understanding and imagination I would not have foreseen.

More than a few superhero movies leave you feeling more relieved that the pyrotechnics have let up than renewed for the struggles you have to face in everyday life. But this movie never gets swallowed up by its own spectacle. There is strength in numbers, but more importantly, solace. And sometimes, despite our best efforts, things go very right.