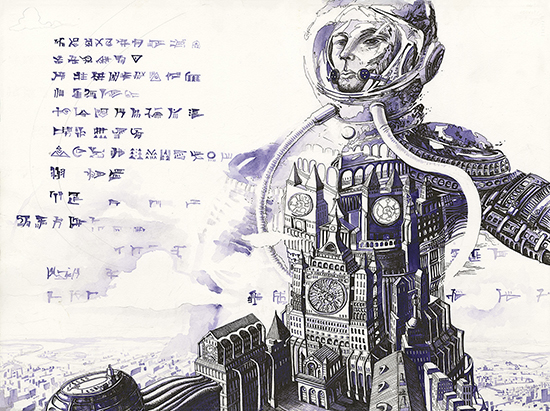 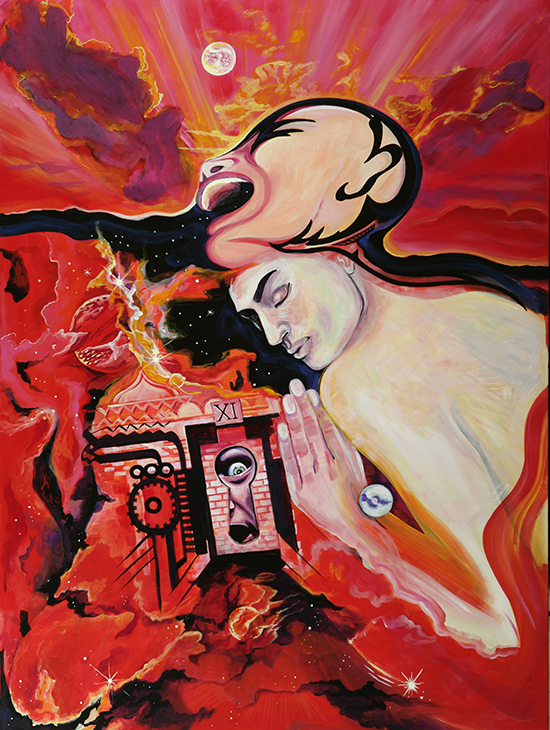 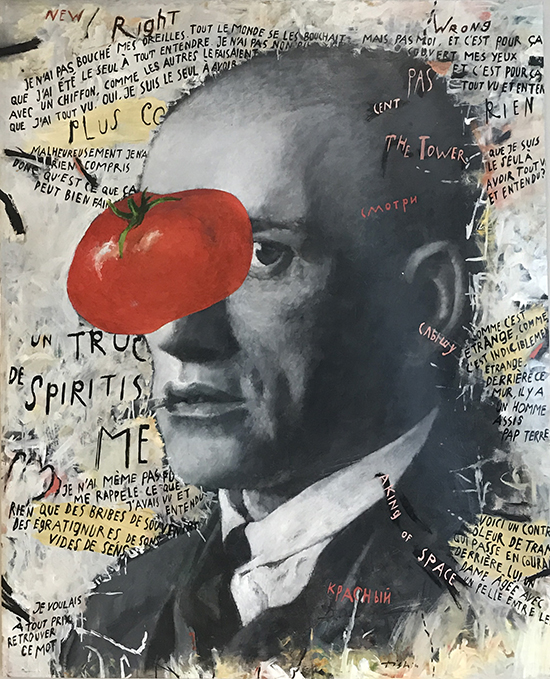 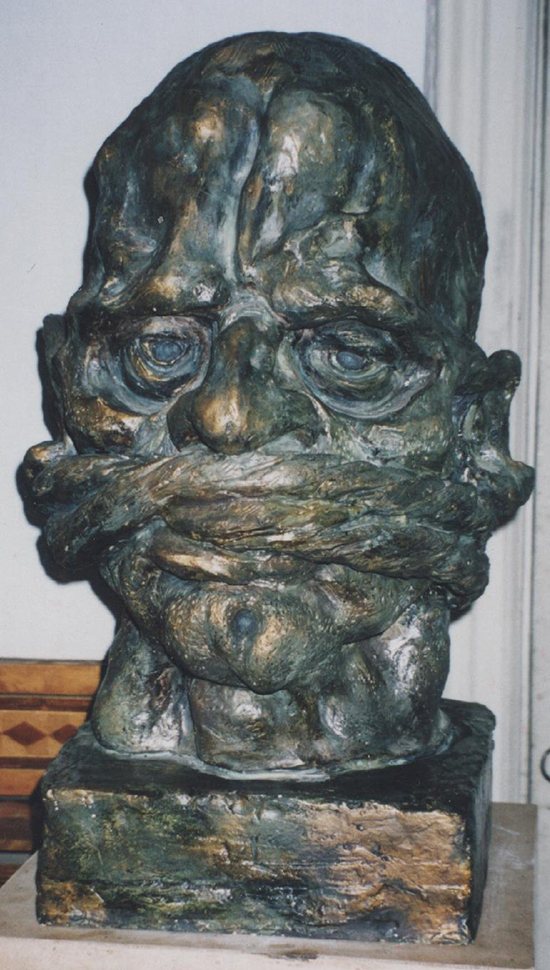 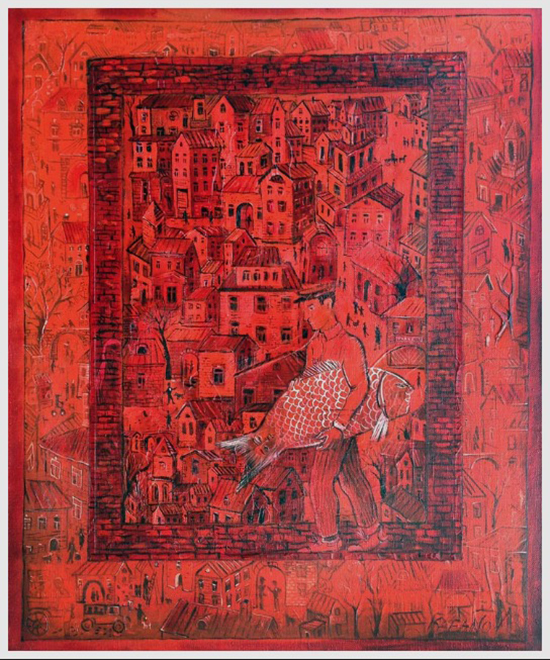 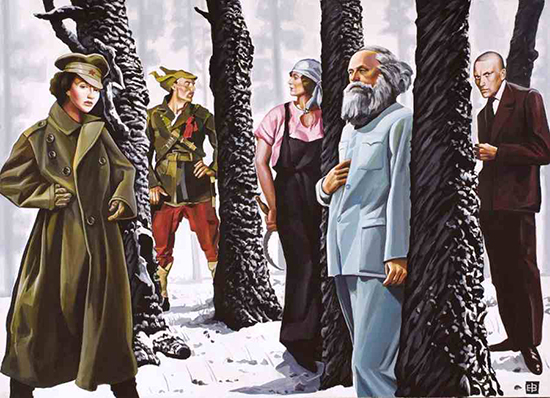 Utopia is not no place, it’s anywhere but here. The pride of the Soviet empire was space, a nothing-banquet, an endless escape. The cosmonaut, ideal, anonymous, was the epitome of aspiration, the cure for individuality. He (and she) watches over this oration of images, a unitary figure higher than anyone else, a single silver eye in which you only discern yourself staring back. What blocks the sight is the thing to look for, surreal produce obscuring Great Men, gazes just out of view in the fragmented picture-frame. Cords wrap tight around the cherished expressive voice; the gold of icons flakes off and flows like melting monuments. The grace of saviors gives way to the grotesque, the indelibly personal history of sorrow. The marks left by peasant lifetimes stay carved into genetic memory and the peeled veneer of propaganda pantheons recedes into the forest of phantoms and reverts to pulp; imperial portraits of faded state divinities flutter away on scraps of antique money, and massifs of cards waver and prepare to join them on the ill wind out. It was a good idea on paper. The book becomes ashes, and the stories all walk free. 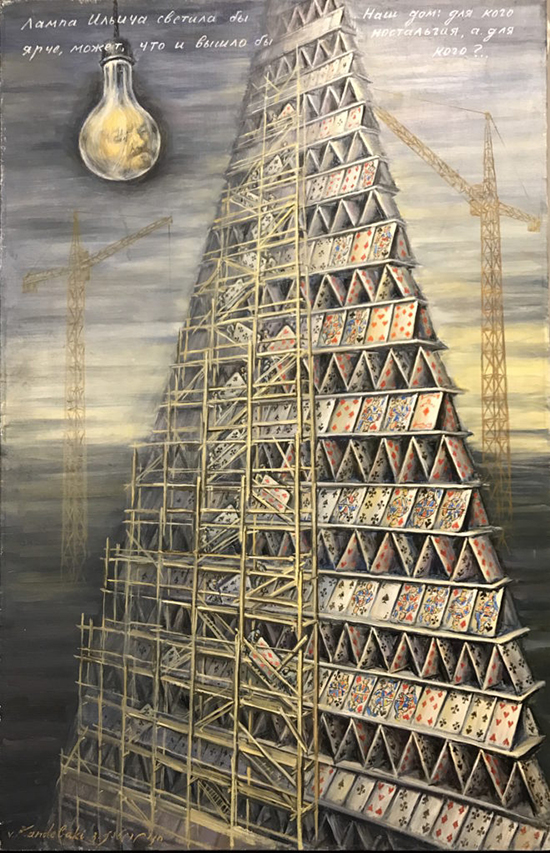 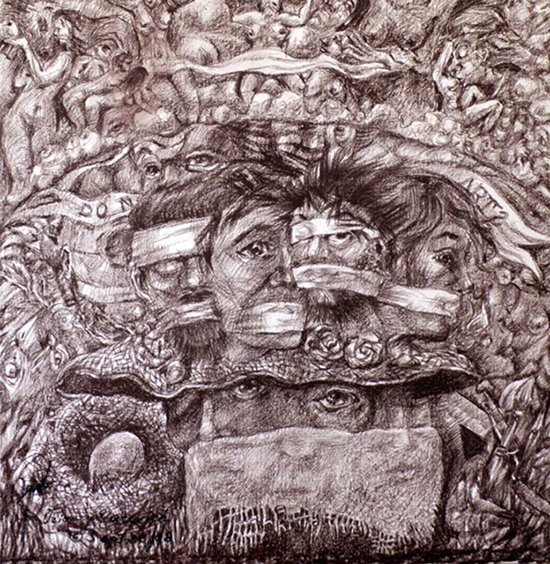 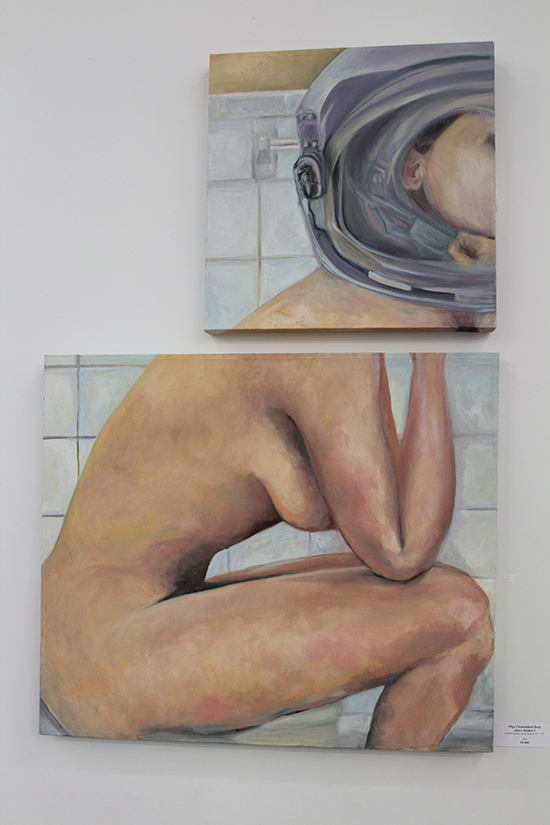 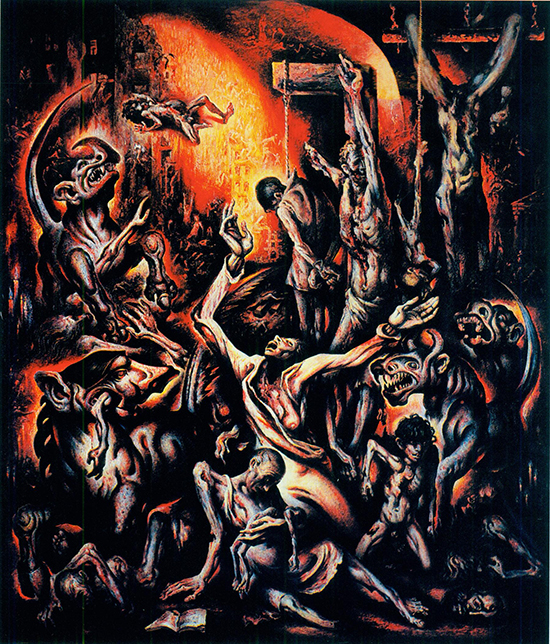 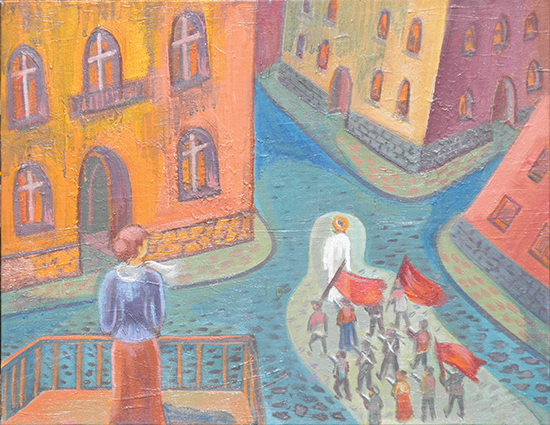 I never saw my foremothers’ Russia, and the way things are now it looks like I never will. I know many who are grateful never to see it again. I met more amidst the cry of creativity turned inside out; a cavernous and cohesive deluge of ideas carried by makers of reality who outlived the Soviet dream. Once-childhood prodigies known to few on this side of the planet, but revealed and certain to themselves. Elder prophets without honor who have seen dreams surge and dive, telling this history with unsparing honest fantasy, baroque beauty. Heirs of the scattered empire with the inextinguishable wit of the wily survivor. Mixed emotions swirled on harmonious palettes, a cacophony of personalities without clash — One Hundred Years Later gave a panoramic view expanding ever outward and away. It held together for one week, to then sweep through embassies, art-centers and unnamed undergrounds. Already gone but always somewhere, a chord that can not be unstruck. 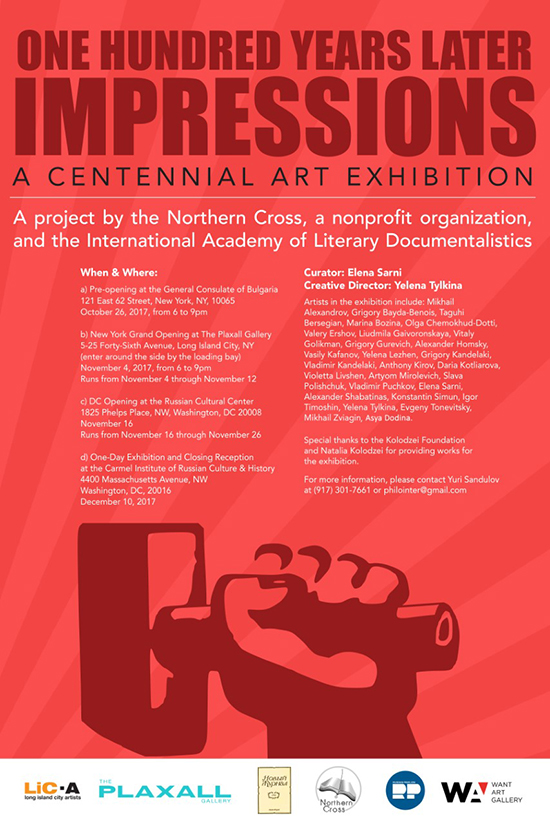