THIS: Watching a Ghost 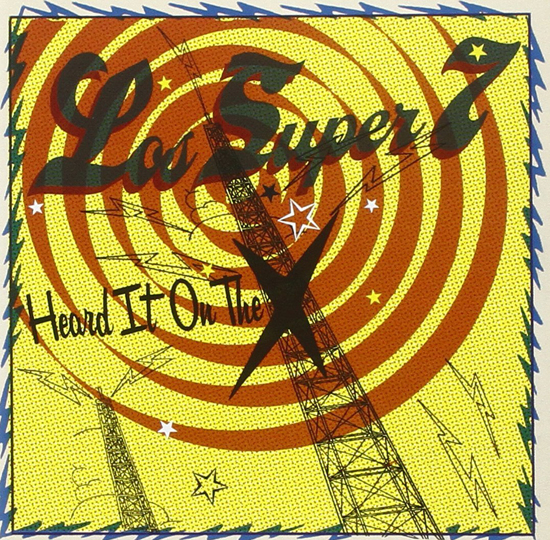 It is the modern mind’s religion that there’s an explanation for everything. But technology makes it harder and harder for us to prove what we saw. That’s becoming axiomatic as digital trickery suspends everyone’s beliefs, and media outdates itself every 18 months (there are thousands of hours of data from ’70s Mars probes that never got looked at and whose viewing apparatus has gone obsolete). But information became ephemeral from the first time pen lifted off of paper. Its discoveries feel more real to those who recall them because the witness had to be committed to the common memory and the compact of trust (Gore Vidal spoke of the eidetic recall that movie-buffs would have in the era before home videotapes [and now YouTube], reciting dialogue to each other from films they might only ever see once in their lives; Plato decried the fad of written language, convinced that it would evaporate students’ memorization skills).

Broadcast waves mixed with the air itself; tapes were erased for reuse and entire series and careers were wiped out; the sound and video signals said to be drifting toward distant galaxies are unlikely to be retrieved in current lifetimes. And not long ago, all media was local, marked off by space even as it floated out into the sky. Many hometown icons lived and died in a single city’s closed system of broadcast TV and radio. My grandma couldn’t grasp that her favorite talkshow, Merv Griffin, could be seen on both her coast and the one I then lived on. My teacher Amiri Baraka would draw “his famous map” of Black America, darkened in at the south- and north-east corners, Chicago and LA, and with scattered dots across the rest; drive out and leave those filled-in areas behind, and “even the music changes,” he’d say, picturing different worlds with firm, invisible partitions — while those who lived along physical borders would look for the skies right above them to clear of signals for the night and let the breeze of Mexican and Canadian stations blow in. (Such cultural cross-currents are the stuff of legend from Texas to California; on long dark drives as far down as Amish Pennsylvania I’ve picked up 1940s radio-serials from Montreal.)

McLuhan described the “global village” long before skype calls could fold hemispheric distances into the span of a laptop, but now, as then, our boxy points of cool blue light are more like strings of islands. Pre-internet, we just had a bit more consciousness of the distances between.

If my family was traveling and I wanted to see a favorite show on the now long-defunct Kaiser network of UHF channels (an entire mass-media platform now also long-extinct), I knew a great physical gap would have to be crossed to get to this glowing stream — I watched in Philly, and the next wellspring was in Boston or Ohio. Black backgrounds would accentuate these passages — national TV had them too, like the dark void surrounding Tom Snyder’s late-night Tomorrow show — the lining of a restful coffin, a halfway-marker to the dimension of sleep, the seeping in of the universe’s triumphant emptiness, or a blank canvass to help foreground the would-be weighty subjects with an austere frame.

Or…because there was zero money. Entropy makes a good dropcloth for anarchy, and my favorite show of the ’70s was the past-bedtime rampage of Friday-night horror-movie host The Ghoul, out of Cleveland. Ephemera between the cracks of what you’re supposed to be paying attention to was the essence of this show: the nonconformist host’s farcical song-and-dance skits about Watergate against his blackened studio limbo, the druggy shenanigans you’d wait for through each segment of some crappy old monster flick. Wearing a mop-head/afro, a goatee, and glasses with one eye blacked out, The Ghoul was the exact missing link between hippie and punk, with a no-fi aesthetic and a determination to be enjoyed but not admired — he once received a huge piece of posterboard from a fan, hand-printed with a political satire called “The Ghoul-gate Transcripts” which droned on as long as what I’m typing now; after reading about four lines of it aloud in a perfunctory mumble, The Ghoul got bored and ripped it to shreds. 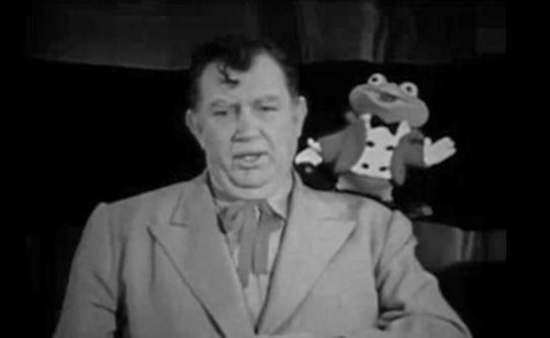 But he was too busy salvaging what had been trashed before. Tracking down each week’s ninth-tier scare and sci-fi flicks was no easy task at the time; probably even less so the Beatles footage he once broke format to fill an episode with. He would regularly have exchanges with a toy character from the already-forgotten ’50s kids’ show Andy’s Gang, “Froggy the Gremlin” — saving a dead trademark from the abyss. (I finally found a not-decomposed Froggy in a PA junk shop for a good price in the Twenty-Oh’s, and Andy was the last thing on my mind.)

The Ghoul evaporated into the electric ether as abruptly as he had seemed to form out of it; for years I assumed he had been sent to some dungeon by the infamously score-settling Nixon regime, who’d almost kicked out Lennon and whom The Ghoul ridiculed relentlessly. But sadly or happily, the era that makes it easier to watch your own Beatles binge makes it harder for anything to disappear, and the internet assures me that The Ghoul continued as a Cleveland-area radio, TV and stage personality from 1975 to this day. But to me, he’s been brought back to life. What I find even more encouraging than that, though, is the idea that there can still be some distances to cross, quests to set out on and return from, with comforting shadows closing around you, between lights worth looking toward.