THIS: The Amazing Journeyman 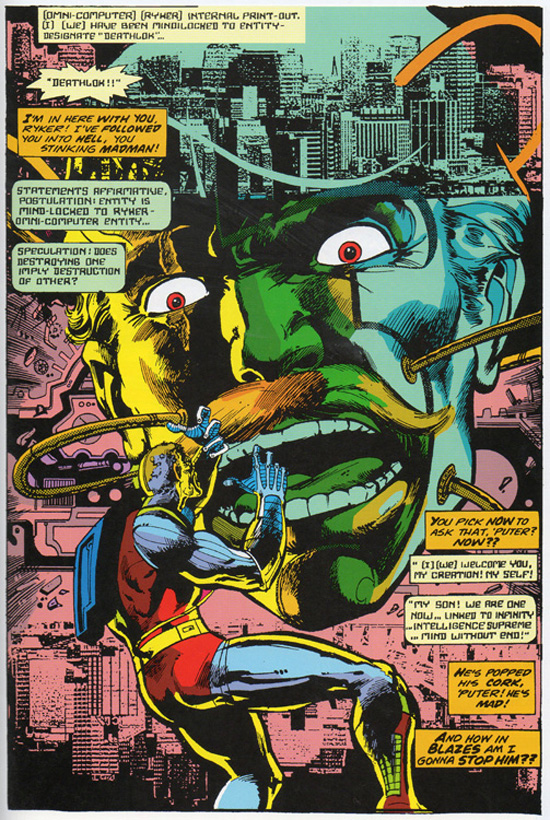 Jack Kirby wrote the visual vocabulary of superheroes, but Rich Buckler was the one who spoke it most fluently. Marvel, “The House of Ideas,” didn’t exactly have a house style — everyone learned from Kirby’s dynamism in body-language and composition, and, to Kirby’s credit if not Marvel’s, later artists like Frank Miller plausibly claim that, upon joining the company, they were given a pile of comics drawn by Kirby and told, “This is what we want.” But Marvel tended not to suppress individuality like top-down DC did (infamously having a resident workhorse, Al Plastino, redraw all of Kirby’s Superman faces, for instance), and the painterliness of Gene Colan, the rangy linework of John Buscema, the geometric precision of Gil Kane and the undergroundish grain of Marie Severin, to name a few, always rose to the surface.

Buckler, by contrast, personified the basic elements that Kirby had established, accentuating the personality of the images themselves more than of the artist. He was to comics what Clint Eastwood is to moviemaking; deceptively lacking in a stylized point of view while actually standing out of the story’s way for an intense clarity of purpose. Buckler’s sleek, brawny pop-art treatment of The Fantastic Four was perfect for that science-fairytale, and his taut, fluid action on Black Panther set a standard of dangerous grace. Years later forums like The Comics Journal would diagram Buckler’s catalog of image-components lifted directly from the other artists of his era, but such condescension backfired for me, since it only revealed a kind of remix aesthetic that was the essence of intuitive, individual synthesis. 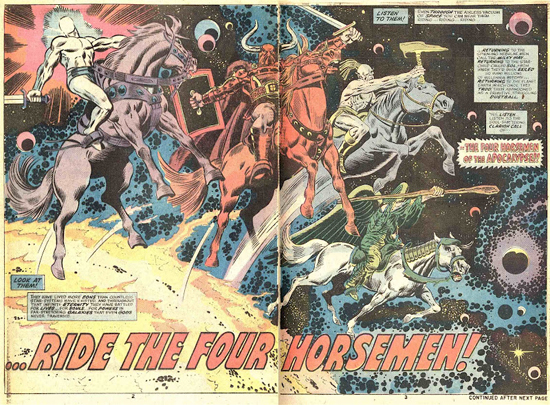 A more visceral style would become his signature, starting with his most significant creation, the cyborg assassin Deathlok. A Nixon-era nightmare of a ravaged and authoritarian near-future America and a rebuilt, renegade war-veteran’s violent odyssey through it, Deathlok was unprecedented in its vérité bloodshed and its political pessimism; nothing was like it in 1974, and then everything was like it when Image Comics debuted two decades later (and Quentin Tarantino started making films). Buckler switched from technical to mystical taboos with the most enduring creation in the short-lived Atlas/Seaboard Comics line, Demon Hunter, an occult semi-hero who aestheticized the cinematic satanic-possession genre as much as Deathlok had tarnished the spotless optimism of The Six Million Dollar Man. 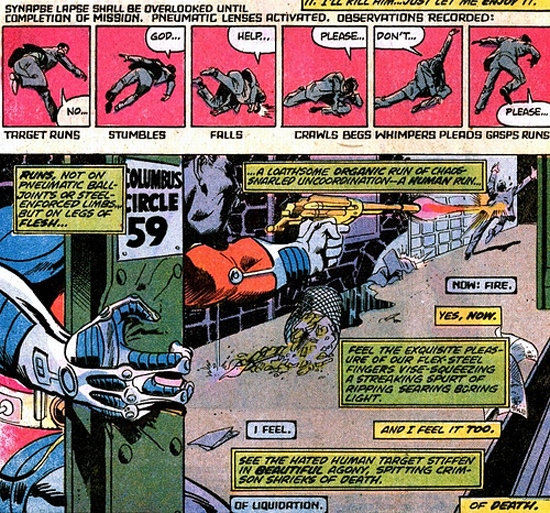 All this work was done within the halls of the most mainstream comics imprints, but next Buckler attempted escape-velocity into the then largely uncharted realm of indy publishing; it was one leap he took without landing, as the never-completed Killinger left behind just one or two savagely elegant presentation-pages I remember from a late-’70s ad and now can’t find anywhere in the online universe, and an unfulfilled promise to show us “a world with no future… enslaved by alien masters, where… one man has risen above all others to fight back… the psychic redeemer, brother to machine, harbinger of destruction…!” I thought this would make a perfect series for Image itself, but the one time we talked at length, he seemed to have unspecified irreconcilable differences with them. Not all fights are meant to be won, and no heroes are always at their best. Buckler’s journey came to an end on May 19, 2017, but the good fights he conceived of are a book that won’t be closed.