One in a series of ten posts showcasing the talents of HILOBROW friend and contributor Joe Alterio. To see more, visit Joe’s website. 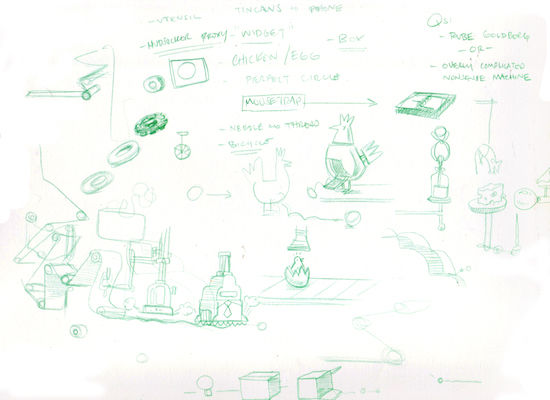 Weldon Owen reached out to me last year to offer that rare gem to an illustrator, the book cover and insides, which was very flattering. Editor Lucie Parker gave me a long leash to try things, and we settled on the Rube Goldberg-esque (a hero of mine) notion of invention as a good metaphor. The one big question was what the object in question being invented was. After some bad ideas by me, the radically simple idea was obvious — it was a simple cube, a proxy for whatever the author or reader’s could imagine. The joke being that all of this energy was expended in the making of this most common of objects. 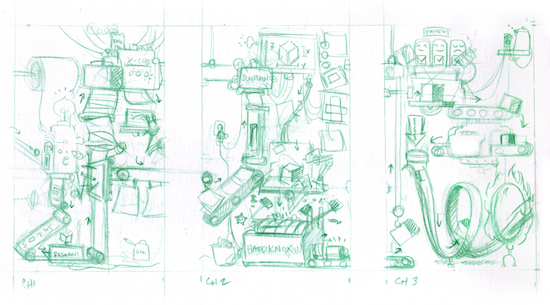 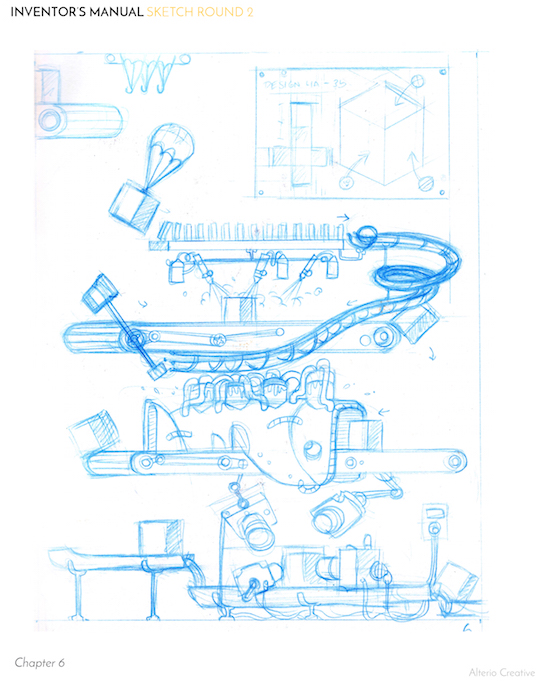