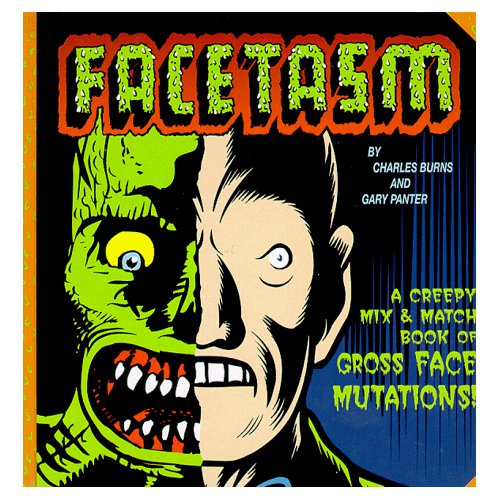 As background for a panel on “indirect collaboration” he’s co-organizing for this year’s SXSW Interactive conference, HiLobrow.com’s Joe Alterio interviewed cartoonists Gary Panter and Charles Burns about their ongoing series of co-drawing games, artistic collusions, and other joint efforts. This Q&A was cross-posted from Alterio’s SXSW blog Indirect Collaboration, where a slightly different version was published earlier today.

PANTER: Charles and I have done a lot of collaborative projects — exquisite corpse variations maybe, but not strictly the folded paper game of the Surrealists. We both participated in an exquisite corpse comic-strip book initiated by Art Spiegelman where artists continued the comic strip begun by someone else with the rule that the through-character remained identifiable. Charles and I did a book which Charles initiated where we each drew grotesque faces to a template Charles made. In the book the faces were die-cut horizontally and bound so that you could scramble the faces. And even more fun, Charles and I have done fully collaborative comic stories that are elaborate jams that begin in person and continue through the mail.

BURNS: […] The first project we worked on together was a book called Facetasm where we created drawings of different heads that roughly fit a generic template and then the pages were cut into three parts (eyes, nose, mouth) and bound into a spiral bound book so all of the sections could be flipped back and forth creating multiple permutations. This came about because Gary and I were invited to be in a two-person exhibit together and I suggested making an announcement based on the Facetasm idea I just described and it grew from there. The second collaboration resulted in a piece called Pixie Meat. This was a number of comic pages we worked on together, first in pencil and then in ink. Gary was visiting me in Philadelphia and I pulled out a stack of old comics and magazines for inspiration and we just sat and drew with no real intention in mind other than enjoying an afternoon sitting at big kitchen table drawing. We continued passing the pages back and forth for a few months and eventually had enough pages to publish a short piece. We asked our friend, novelist Tom DeHaven, to write text for our artwork, and then had it published. Our collaborations came about simply because I love Gary’s work and thought it would be fun to mix our different styles together. It’s rare for me to work in any collaborative manner and this was an excuse to sit and come up with some absurd-looking drawings. When I was growing up, I forced my friends to sit and draw with me and in some way this had a similar feel too it… looking over and seeing that your friend had come up with something amazing.

ALTERIO: Had either of you ever done an exquisite corpse game before?

PANTER: I have [played] exquisite corpse at parties and there was a book published by the Drawing Center, years ago, that Charles and I were probably both in. To me it is a lightweight party game and not the best way to make a piece of art together. Not my favorite art game.

BURNS: I’ve done exquisite corpse drawings with my friends before and they’re fun but never seem to amount to much other than a diversion… a drawing on a cocktail napkin. I was invited to participate in an exquisite corpse exhibition at the Drawing Center in New York and I managed to find a way to do a collaboration with Mark Beyer and Peter Saul — it sounded like a great match, but to be honest, the end result wasn’t all that interesting.

ALTERIO: Was there something in particular about each other that made the game make more sense, [as opposed to playing it] with other artists?

BURNS: I enjoyed working together with Gary because we share similar interests (comic books, monster magazines, Japanese toys) but our drawing styles are different enough to make end result unpredictable. I also really enjoyed taking his pencil drawings and rendering them in ink — it’s a way of really examining how another artist constructs a drawing.

PANTER: I’ve collaborated with a lot of friends on drawings. Most collaborations don’t work and need to be terminated in the bud. With Charles there is a deep respect and trust and love of play.

ALTERIO: What’s the pushme-pullyou aspect of your particular collaborative relationship? Is one person more likely to make the first line, or push it in a different direction?

PANTER: In most collaborations in which I have been involved, there is a leader and a willing accomplice. But mainly laughter is the organizing principle in the collaboration. Charles and I both feel free to erase or alter the game. Charles is one of the best inkers in the world and I am shaky, so I have to get a good brush and do the tighten up to play, but that is fun. We learn from each other.

ALTERIO: Is there an element of competition?

PANTER: No, I don’t think so. We are trying to make each other laugh and make something that fuses together.

BURNS: There was no competition. There was really only the hope that we’d come up with something fun to look at — a weird hybrid of our styles and imagery.

ALTERIO: Do you find yourself being more of less free, creatively, when you know someone else will also have input? Do you rein yourself in, in the expectations of the other, or do you let yourself go more, challenging the other person to make something of it?

BURNS: For me doing a collaboration is taking “time out” from my usual work. It’s actually fun to do and I think part of the reason is there are different expectations and less control. It’s like letting go of the tight control I always maintain on my writing and drawing and allowing myself to work on something with no “rules.” For it to work there has to be a mutual respect, but you also need to be aggressive enough to alter (fuck up?) the other person’s drawing.

PANTER: In order to draw with someone or make music together there has to be close listening and watching and an intent to make a collective vision rather than a singular vision.

ALTERIO: Is there something about collaborative art that isn’t there with solo art? Is it useful, or just a parlor game?

BURNS: Collaboration for me is about letting go of all my control and forcing myself to explore a different perspective. Although we share similar interests, Gary constantly comes up with ideas and images I could never possibly imagine — that’s when it gets good. 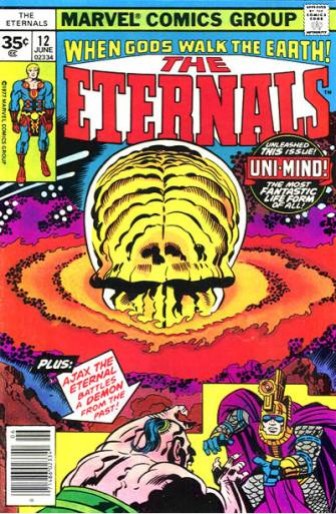 PANTER: Charles and I have made drawings that I think are very important to us. That goes for the other collaborations we have done with friends — like Art Spiegelman, Edwin Pouncey [Savage Pencil], Jay Cotton and Ric Heitzman [both of whom worked with Panter on Pee-wee’s Playhouse], and more.

ALTERIO: I like that the notion, “being allowed to fuck up”: in all the collaborative art projects I’ve done, it’s also been a just-for-fun game, as well, which to me speaks to the rigorous idealism behind singular artistic vision. In popular culture, artists are always portrayed as free spirits, but the artists I know are some of the most tightly dedicated people to their very particular way of doing something. Additionally, the ideal of the artist is that of auteurist genius. Collaboration can fracture the benevolent dictatorship of artistic vision — which we’ve already revealed can occasionally be a good thing. You’re just two people playing; would [your game] it work better or worse with four people? How about 10 or 20?

BURNS: I’ve done several collaborations and they usually work best with just one other person. With two minds, the focus is tighter and the end results are usually more interesting.

PANTER: A one-to-one collaboration is better for me. There is a better chance to find the middle ground. More people more chaos. The Zap [i.e., Zap Comix, published from 1968-2005] artists were really good at jamming. Most jams look like shit. 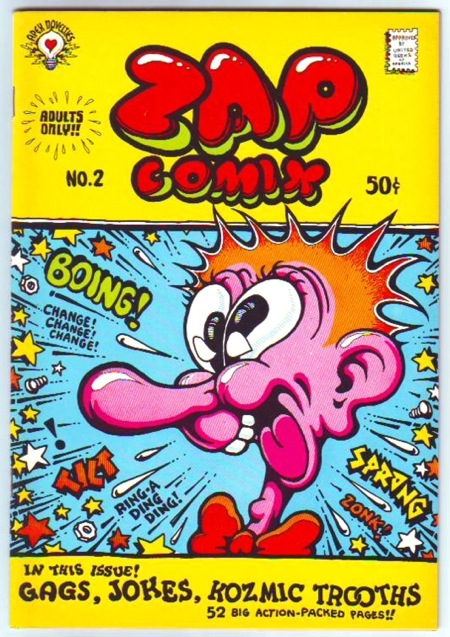 ALTERIO: Our panel in March is focusing on collective creativity, and in particular how it manifests itself on the web. We in our culture, and especially on the internet, tend to value egalitarianism, at least in theory. But in the art world, the tight focus is on the dominant individual. Are internet culture and art culture wildly divergent for that reason? And if they are different, what does that mean for both? What if Vermeer had to fret obsessively as to whether his t-shirt design would get voted for on Threadless?

PANTER: Projects do need leaders or cheerleaders. Often one person will push the project harder. There is the danger of people getting too knitted together. We have to learn to easily move from isolated creative vision and consensual ideation and work. I am interested in the strength of little things and little things as prototypes for bigger things, so a team of one or two or three appeals to me. Vermeer would’ve done one t-shirt in his whole career and he would’ve known it was the best t-shirt Threadless ever had.

To view a gallery of Alterio’s HiLobrow illustrations, click here.