The future is coming fast, and leaving at least as quickly. Five-minutes-from-now is a much scarier prospect than some distant dystopia, since we have less time to think we’re prepared. Time, of course, ran out on November 8, 2016, which is why the bottom of the canyon (metaphorically) and the vast wasteland (literally) we find ourselves facing in Logan is seen only 12 years from now, and has already been inhabited for some time. 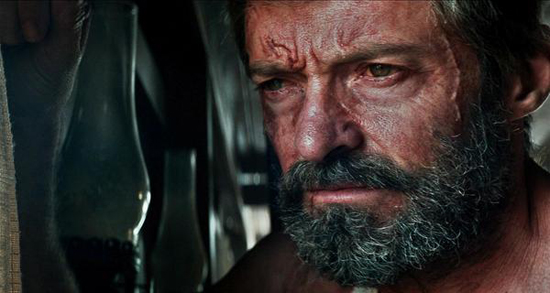 Twilights of the superpowers are much on people’s minds, which is why we reach the end of the road for the Wolverine franchise with this chapter. That road heads to a lot of dead ends, nowheres and crashes, as a declining Logan (Hugh Jackman, swearing this is where he jumps off) lays low as a limo driver for questionable elites and marginal alt-entrepreneurs near the Texas/Mexico border. The resonance has to be intentional; the X-Men movies have always worn their allegory for racial and gender prejudice on their lycra sleeves, but no one is congratulating themselves or getting their hopes up in this movie, or behind the camera.

For reasons we don’t find out at once, mutants are nearly extinct as a strain of humanity, and Logan is across the border hiding an ailing, ninety-something Charles Xavier (heartbreakingly, tenaciously portrayed in what Patrick Stewart insists is his farewell too); the reason “Professor X” needs to be hidden also unfurls gradually, but both he and Logan are clearly in their last days, and uncharacteristically trying to go gentle — and you can guess how that’s destined to turn out. 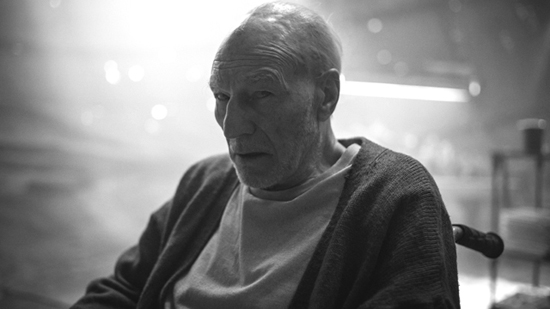 In franchises, there’s always another chapter; in reality, the next one doesn’t necessarily involve you, and Logan has a strong sense of cycles recurring but circles closed. I always felt the original X-Men movie was at its core a parable of persistent feminine strength amidst both flawed and failed masculinity, with Rogue (Anna Paquin) as the embodied, embattled future and Logan and Magneto (Sir Ian) as conflicted but well-meaning older brother and quintessentially toxic dad, respectively. Here, a new, even younger girl falls into Logan’s charge, with a tie he cannot walk away from even as he knows he won’t likely survive the task and he struggles to shelter Xavier at the other end of the life-cycle.

The kid, Laura (also known to comics fans as “X-23”), is one of several exploited by a corporate-medical-government-military complex whose components have become indistinguishable (we’re in the social wreckage of, perhaps, three terms of President-for-Life Trump, one can imagine). The pursuit of them is superlatively brutal and deeply disturbing; the friend who got me into an advance screening was sure she’d have nightmares, but for me it felt more like this film itself was the nightmare, being had by the collective culture; the grotesque but accurate reflection of five-year-old Muslim boys being handcuffed in airports and Dreamer youth at risk of rounding up.

The violence is extreme, and reminds me of real-life footage of atrocities that would seep out of the Bosnian War; inescapably involving, but the opposite of inviting. It’s hard to foresee the commercial fortunes of this movie, though by the time you read this we’ll all have seen how its almighty first weekend was spent. The look of the film is a sun-bleached, metallic smogginess, grainy overexposure, and lo-tech variants on the world we recognize, all of which invokes near-future-dystopia films of the 1970s, for another unsettling sense of worlds we see coming more than once but can never escape.

There are scraps of the lyrical, like the abandoned, toppled oil-tank where Xavier is kept, holes riddling its surface and letting in threads of light to make the dusky interior look like the Medieval idea of a firmament pierced with openings we didn’t know were stars. An interlude with a family that extends a moment of sanctuary to Logan, Xavier and Laura is consequentially tense and tragic. A eulogy that chokes off in Logan’s throat gives a bravely true-to-life portrait of inarticulacy, unspeakability, and one of the finest moments in an utterly committed performance from Jackman. As Laura, Dafne Keen shows an intensity and soul-deep injury which is terrifying and breathtaking to watch. 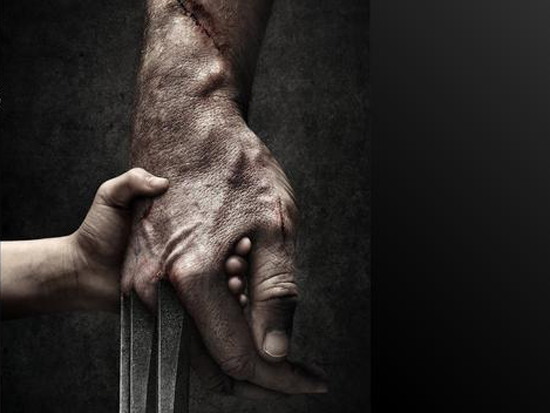 The era of the somber, self-reflective blockbuster (Arrival, the first Hunger Games film, Logan) is upon us. It’s an honest mythos not of our special abilities but our personal imperfections; both make us like no one else, and in need of each other. Our dream heroes are now on the run; maybe we’ll get farther in their footsteps, because they themselves aren’t built to make it out.