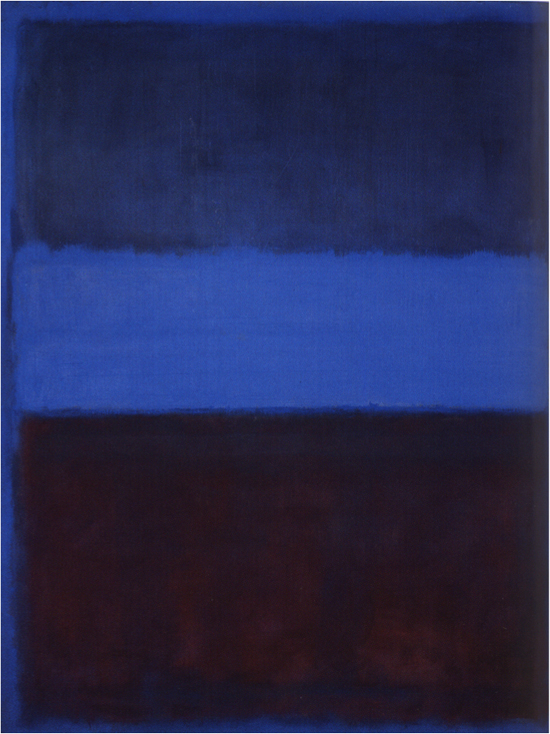 Rudyard Kipling rhapsodized about the impossible rarity of a blue rose, but they surrounded me in my youngest days. I was born into a glass box designed by Mies van der Rohe, the Newark tower I had no idea at the time would briefly be home to my future teacher Amiri Baraka, before he was either. My mom favored kinds of blue for all furnishings, so our window-wrapped 18th-floor habitat felt like a hothouse for some alien azure forest — the navy carpet grassland, the quilted purplish floral couch cushions. I faintly remember hearing that “blue was for boys and pink was for girls,” but my sister and I colored outside such lines. A once-common stationery-store curiosity, felt-covered postcards designed in kid-attracting themes, which were chemically treated to change from pink to blue and back with the weather, held a fascinating mystery for us, and thinking back, this might not be so mysterious. I had been partially blue for the few first days of my life, when I was held over in a glass box of oxygen at the hospital; I’ve been incurably pink since, but the aspirational unrealness of blue, for food-dyed breakfast cereals and radioactive drink-mixes and eerie, coolly glowing phosphorescent modeling clay (and later, chemical light-sticks) and the skin of toy and movie aliens and admired Eastern deities, would remain my favored lens; rose-colored glasses were actively discouraged in that restive era anyway. A blue rose, right in front of me, is among my earliest memories, magic and iridescent on the foil cover of an LP of mesmerizing muzak versions of Kurt Weill’s American melodies that my parents put on for me daily. The permanent twilight of the illumination pre-flatscreen TVs gave off, when, in my household, they were always on, painted the space we stood in as if it were the sky; the dotting of every interior and street with small squares of this blue, the tender chill on all our faces years later, is a future that feels warmly familiar. George Carlin would joke that there was “no blue food” because it was a source of immortality that the elite were keeping for themselves, but blue itself was the coveted quality, special strains of it patented by everyone from painter Yves Klein to the package-designers at Pepsi. On trips through the West this city kid spotted more giant plaster Babe the Blue Oxes than he’d ever seen deer or frogs; I’ll still linger at windows, or outdoors on cold nights, to watch a winter dusk turn the snowcover blue like Babe’s was, or see the moon light up the air pale indigo like movies always showed us night should look. Blue is the real color of Earth, an eye that can only be seen from outside itself. For the actual skies I’d most like to look up at, I would develop a dramatizing, lifelong love of foreboding clouds and meaningful grey; underneath all that, the blues are something I never get enough of.