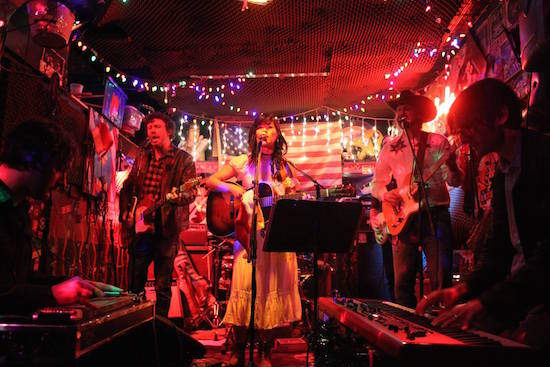 It’s everyone’s country — we just haven’t been there. America is said to be divided, but it’s really just so mixed together no one can yet see the shape. Puzzle-pieces of the outlying and the ancient, the metropolitan and the organic, can exist side-by-side, even if they haven’t all been put into place. I’ve heard some demon-possessed blues and deep-rooted country in the brick-and-concrete hinterlands of New York City’s Lower East Side, and it gives many of us a new sense of home. One I keep returning to is the Scotch Bonnet band, a curbside, roadside attraction at sundry stylish dives in the land where punk and anarchy once reigned. An ensemble of virtuosic yet instinctive musicians gallops and moans while gutsy, transcendent singer Joanna Choy leads the choir on a bar-crawl from the lonely cement plains to five miles outside the state line of heaven. I spoke with Choy to figure out where it all comes from…

HILOBROW: You let the audience know there are “a lot of songs about cities,” and I’m intrigued by how much rustic musical forms I hear in urban settings — is it a mindfulness about staying connected to the rural life we’re reaching a global tipping-point away from, or is it just that Country depends on heartache, and there’s nothing like the isolation of a city for that?

CHOY: I think it’s probably both. New York in particular has and will always tug at troubadours looking to be heard by wider audiences, who also seek the city as a source of inspiration, heartaches included. There’s nothing quite like arriving as an outsider and observing one’s way to the inside, seems like a pretty intoxicating endeavor. But the currency of rustic sounds that you’re hearing in this particular moment maybe speaks to a desire for some idyllic notion of authenticity, however fantastical or superficial that is. A desire for a corporeal connection with the things that surround you — your living space, stuff, food. And a sense of mastery over those things; “I can make it if I have to.” Maybe it’s a reaction to all the mechanization of our globalized world. 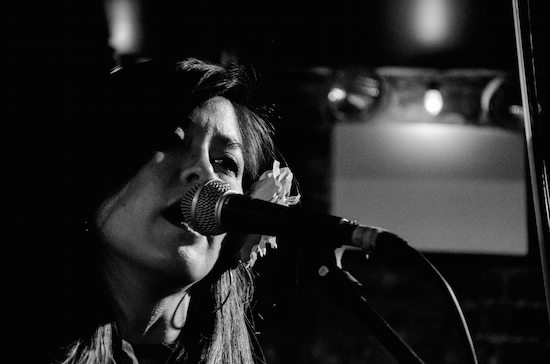 HILOBROW: You’re from LA yourself, but your most recent set caused me to reflect how different LA feels to me than an East Coast city — there’s an openness to LA that seems more like fields, even if they’re often concrete… New York is about enclosures, while LA is about space. I guess that gives the West Coast its share of loneliness too…did any of this influence your connection to Country music?

CHOY: Absolutely. I think if I grew up in NYC I might’ve been an irretrievable club kid or something! I actually grew up at the western edge of the San Fernando Valley, a suburb in the foothills, where it was tract housing, malls, last stop cantinas, a canyon full of Harley riders and kids on their way to the beach. From where I lived you had to drive a minimum of 20 minutes to get to anywhere there was life. Coyotes ate two of my dogs (RIP Toto and Tango). Lots of time in the car, listening to great LA radio, seeing the vast spread of the valley, and imagining what it was like to be somewhere else. I think it instilled a certain sense of longing in me which is a natural fit for that high lonesome sound.

HILOBROW: Do you have a favorite period of this style, or is it more like a vertical canon of songs throughout time with a certain feeling and theme?

CHOY: I’d say I tend to go with feeling. I’m often first and foremost attracted to a voice — something delicate or unexpected about it will really draw me in. Marty Robbins, Emmylou Harris, Dolly Parton, George Jones, Sandy Denny, Agnetha Fältskog, Kate Bush. Sorry, spun a bit out of the country western genre! When an artist uses their voice as an instrument, it gives the song a feeling that gets into you. I ultimately want to convey that feeling. Anything with three-part harmony’s got my attention, two will do in a pinch.

In my household my parents had a huge 20-cassette collection of American hits from the ’50s, ’60s and ’70s, from a Taiwanese label. We were all into Patsy Cline, the Everly Brothers, Elvis, Patti Page, Freddy Fender, Bobby Darin, the Carpenters. No Beatles, Stones or Sinatra in my household (I will immediately be defriended by about 75% of FB)! My mom loved Paul Simon’s voice; my dad brought home an old ’60s Bee Gees record and a Charlie Rich record, in one day. And the entire maternal side of my family is dead set in love with ABBA; that includes me and my sister. Growing up, a lot of pop radio had country influences, obviously the Eagles, Olivia Newton-John, Juice Newton, Eddie Rabbit. I discovered an Emmylou album Songs of the West while secretly perusing the country bin at Amoeba on Telegraph Ave. in Berkeley. I bought it and was mesmerized by the songs, her voice, and the harmonies. Kept it mostly to myself. 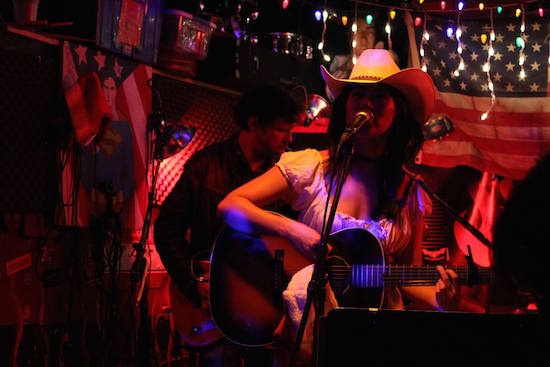 HILOBROW: Scotch Bonnet doesn’t just remake songs, you make them over — Nick Lowe and Peter Gabriel songs flawlessly fit your flavor, and some of the jams on classic songs that were always Country almost sound like lean, heartland prog-rock. Outside the band I’ve heard you do minimal percussion on Joni Mitchell songs and take a techno arsenal to Steely Dan. Is the transformation important to you, or can it just not help coming out marked by the personality of the musicians, if they’re open and instinctual enough?

CHOY: I’ve been asking myself the same question lately, having gone from Pentangle to Kate to dance-pop to CW! I’ll often do a deep dive into an artist and get completely lost in their world — come to think of it, most of the artists that inspire me are masters at bringing you into a world of their creation and letting you wander around. And they never dictate the contours of those worlds; they just describe the emotions of their characters (or themselves) so well from the inside that I’m sucked in for months at a time. I usually come out transformed just by the listening experience! Then I want to recreate it somehow, filtered through whatever other narrative I weaved along the way. It’s kind of like falling in love — it’s nothing I look for deliberately, but once it arrives I’m all in. 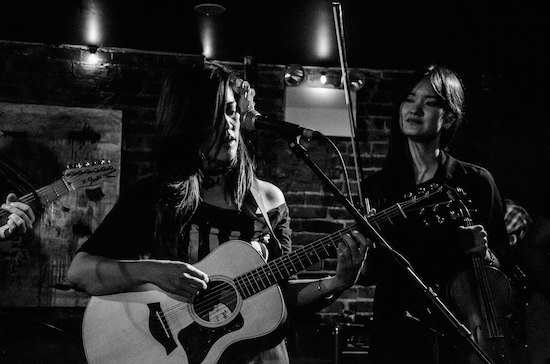 HILOBROW: Did you always expect to do music, or did something lead you there later? Is there anything about your musical training (or other enthusiasms) that might have made the kind of songs you play now a surprise to yourself? If you write music too, what references come out?

CHOY: I’m like a poster child for late bloomers. I studied classical piano as a kid, but never had enough discipline around it. Then in college played the heck out of the four chords I learned on Friday night X-Files parties. Didn’t really know I would be a performer/musician until I stumbled upon it while living in NYC in the early 2000s. I was brought into a musical project by [indie film and music icon] Wilder Selzer, and before I knew it I was recruiting others and dramaturging and designing costumes and singing. Then I was brought into the [all(ternative)-star tribute ensemble] Losers Lounge family and I suddenly felt at home. It was such a natural fit because the Losers’ deep and abiding love for the artists it covers is so apparent, and there’s room for interpretation but it never veers tediously into gimmick.

I think when listening to (mostly pop and oldies) music as a kid and young adult, I’ve always been silently creating little stories in my head, pretending to be this character or that, so it feels natural to perform songs almost as a different persona. Maybe that’s a defense against the vulnerability of singing as yourself. I’m still feeling my way towards something, don’t know what it is. 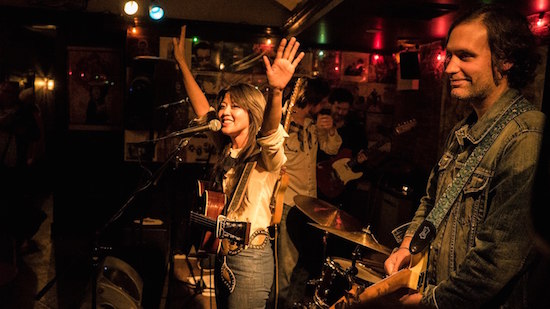