We are a people who can’t wait. That’s why the first issues and episodes of comics and TV shows are preceded by summaries, why music is leaked straight from the studio, why trailers come out a year ahead of the movie, or are even made before the rest of the movie. We’re so accustomed to speed that we need to get the future over with in advance. Hence, why wait ’til a film is out to review it? We need to know what to use our time on (because watching takes a lot of it, and enough needs to be left over for complaining), and anyway this is how the studios want us to think about their works in the long prelude to them actually existing. 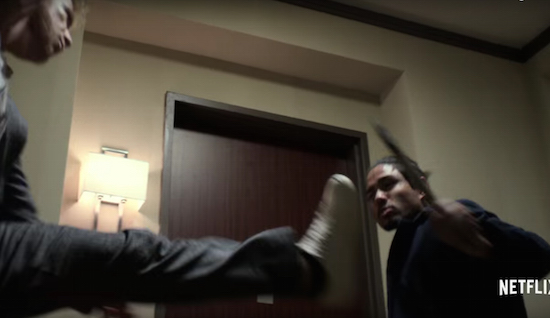 So. How about that latest Iron Fist trailer which shows the Caucasian star, erm, beating up legions of Asian people? Way to make the case, Marvel! As you probably know, many Asian-American fans (and allies) were incensed that this martial-arts role went to a white guy, when that form is so associated with Asian culture and there have been no Asian headliners in Marvel movies or TV shows so far. I was merely incensed that the Tarzan of kung-fu should be getting a series in the 21st century at all — Danny Rand/Iron Fist’s whiteness is central to his fish-out-of-water role, and accentuates his remove from real life (as a refugee from an interdimensional dojo, and as a millionaire’s heir); the better writers of his comic adventures (Brubaker & Fraction; Van Lente) have played well with his awkwardness and absurdity, but WHY PICK A WHITEWASHED BRUCE LEE AS ONE OF YOUR TV TENTPOLES FOR AN AUDIENCE WHO’S HUNGERING TO SEE MORE INCLUSION AND HAS NEVER HEARD OF IRON FIST ANYWAY?? The Marvel Studios team has dug deep in the comics’ mythos and made it resonate for a present-day viewer. In the mid-Aughts comics it was established that Rand was one of a long lineage of “Living Weapons” across history and dimensions, most of whom were Asian, so to not transpose one of these characters (who were all strongly drawn and interestingly conceived) to the new TV series was a major, and uncommon, failure of imagination. (Maybe this hero could be on a mission straight from his or her otherworldly realm to the culture-shock of Hell’s Kitchen, after Rand is murdered in Scene 1?) Marvel’s cinematic work has transcended social and aesthetic expectations almost every time before, and I’ll give Iron Fist a shot, but unlike the 13 hours each of Luke Cage and Jessica Jones and the 26 of Daredevil, this may be the first Netflix series I nibble-watch.

They could’ve at least gotten Oscar Isaac, right? The trailer for The Promise shows the Guatemalan-Cuban-American actor as an Armenian in Turkey at the time of the genocide. Isaac seems to be taking the frontrunner position in the one-stop-ethnic role that Hollywood has most recently granted to Rob Schneider, and most durably given to Ben Kingsley (and which used to be held by only-one-need-apply-era actors like Anthony Quinn). Don’t complain, because, Armenian Genocide — are you a monster?? Isaac is one of the most adept and fascinating actors to emerge this century, and no two of his performances are ever alike — but can moviemakers tell the difference between any of the peoples he reminds them of? 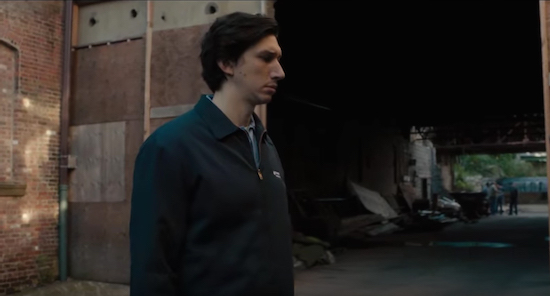 This all started on a rabbit-hole from someone’s posting of the trailer for Paterson. In it, Jim Jarmusch continues his evolution from self-consciously snarky to sentimentally cloying. Jarmusch pioneered the phenomenon of the art-house hack (sorry, everyone-but-me), and Paterson looks like it could be his most competitive bid yet for hack mogulhood, complete with cutaway to a cute-ugly dog barking as the male and female leads kiss. I love Paterson the city, and love seeing its beauty be immortalized and its depressed economy hopefully benefitting from a movie-shoot, but Jarmusch manages to imagine the whole town (one of the major centers of Muslim and Latin residence, and white flight, in New Jersey) as revolving around one whiteguy. Also named “Paterson,” he drives a bus, so we’re seeing much-needed recognition of the little, um, whiteguy — seriously, the character and writer get to congratulate themselves on Paterson’s Iranian wife and his Black friends, but they are all his “support,” in more ways than one. I guess he’s a hero for sticking it out in his majority-brown town; the latest way us whiteguys can be noble just for existing. Though he really has a blue-state secret identity under his red-state collar — he’s a brilliant poet! (Like previous, MIXED-RACE bard of that city, William Carlos Williams.) Perhaps the entire rest of the cast will be treated with “dignity.” But since it’s supposed to be quaint that the Iranian wife aspires to be a country singer, and since the filmmakers see fit to subtitle a guy with a Japanese accent, it’s not looking good. Said guy says (and, like, texts), “A bus driver in Paterson, this is very poetic”; Paterson is also played by Adam Driver, so how poetic is that! And yes, Driver is also one of the most serious and versatile actors of his generation, but he should’ve taken a less executive job here, and this clichéd, feel-good flick with ethnic placeholders and working-class trappings just keeps making me think of how it would’ve turned out had 1990s Hollywood gotten its hands on Junot Díaz’s Drown.

And seriously: Danny Rand with a BEARD? Marvel, WHAT ARE YOU THINKING?? 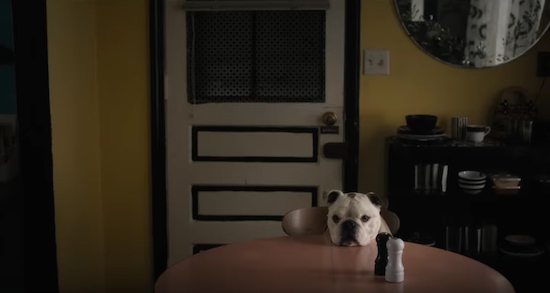 See for yourself and draw your conclusions, below: