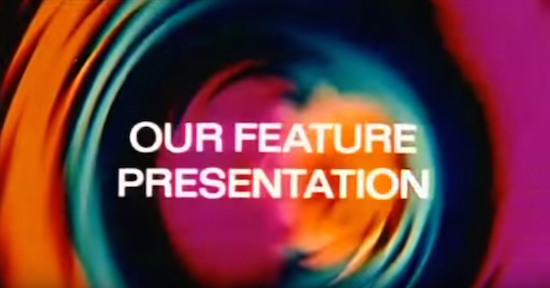 Information may want to be free, but entertainment needs to be stolen. It’s a mere myth of corporate self-interest that media-heists like file-sharing or movie-hacking are some new low enabled by less-controllable formats and a less self-controlled audience. Electronic bootlegging is just what people turned to after the most recent form of entertainment they’d been tricked into paying for — radio was free but CDs weren’t; TV was free until it became cable (and now Netflix); etc. And when I was a kid, people would just never leave a movie theatre, and no one else would ever notice.

It’s inconceivable in the high-security marketplace of the 2010s, where clearing you and your mess out of multiplexes and restaurants is the only thing more important than drawing you and your money in to begin with, but in the much less monetized existence of relaxed, depressed 1970s America, my sister, our parents and I could treat the movie-house like an indoor picnic, pack a day’s worth of snacks (when that too wasn’t as patrolled) to some cheesy kids’ matinee, and then either wait to see what was up next, or loiter so long that something else would come on and catch our attention by accident.

These were typically the movies we liked better anyway, morally worth the money mom and dad had actually spent on some crap dubbed fairytale adaptation from the Eastern Bloc or scotch-taped rubber-monster-rampage reissue.

Checking back to make sure what happened, I realized that three of these were from consecutive years, all defining my childhood in strangely connected ways. Each one took us away from the doldrums of an early-’70s suburban existence (though in fairness, it only seemed drab while we were living it; the cultural free-for-all and bracing existential terror of the Nixon/’Nam/Hippy/Warhol era is something I’d come to conflictedly mourn later). 1776 (1972) brought America’s founding era forward through a maze of mirrors bearing some resemblance to history and a lot more to the turbulence of the current times; Lost Horizon (1973) displaced the cares of a war-torn globe to a parallel-dimension utopia; and The Little Prince (1974) went into the desert and entirely off the planet to reflect on life’s meaning from the distance none of us were getting.

Two of the three (1776 and Lost Horizon) can be jaw-droppingly inane (both those musicals are legendary for their kitschily composed, unaccountably compelling scores), but then, Antoine de Saint-Exupéry’s enchanting pop-scripture of selfhood and human connection is arguably better source material than either James Hilton’s paternalistic idea of paradise or the account of America’s actual beginnings.

On the other hand, both Lost Horizon and The Little Prince put an end to their iconic creative teams, while 1776 was the go-to for civic myth in a surprisingly uncrowded field right up until Hamilton.

There was a mini-boom of interest in the Founders when our country was being blown apart by Weathermen and hollowed out by White House spies (as distinct from the ubiquitous boom in Bicentennial marketing during the narcoleptic post-Nixon years); 1776 reassured us that the country was also started by people who were at each other’s throats, and were flawed yet good-intentioned in a way we can be too, and wanted to free their slaves like we know they should have. Our Vietnam fiasco was three more years from ceasing when the traumatized teenage Minuteman staggers in to sing “Momma Look Sharp,” and beyond this haunting song much of the musical’s numbers are mortifying, and try and get even one of them out of your head once heard.

The film was a centerpiece of entire sub-careers for many of its principles — most cast-members had been carried over from the original Broadway version, William Daniels (John Adams) played various members of that family from the early-1950s through the mid-’70s, and for a while Howard Da Silva was practically a full-time mass-media Ben Franklin reenactor.

Lost Horizon, on the other hand, spelled the end of the legendary Bacharach & David songwriting brand, and signaled the end times for several more media movements (some of which were in need of a snooze-alarm) — the big-canvas, Sound of Music-style song-and-dance extravaganza, and the post-colonial planet-crossing epic among them. (The latter needed yet another nail in the next year right after the three flicks I’m remembering here — 1975’s The Man Who Would Be King was a tortuous tomb-robbing of the type of unselfconscious imperial pageants David Lean could pull off with such comparative ease just a few years before.)

A group of Brits and Yanks narrowly squeak out of an indeterminate orientalist nation falling into some kind of civil-war chaos, then find themselves plane-crashed into the Himalayan heaven of Shangri-La, where disease, aging and hostility are unknown, and simplicity and human learning are preserved. The script is “the only thing in my life I’m ashamed of,” according to later LGBT trailblazer Larry Kramer, who was set up for life by this gig; the opening credit which reads “John Gielgud as Chang” kinda says it all (and I guess Tilda Swinton still hasn’t heard it). The peace-and-love-themed earworm score makes this feel like an entire musical written by Dick Shawn’s character in the original version of The Producers, and the Krofft Brothers production values — turning Shangri-La into a condo-spa that was a common type among Hollywood Hills-set sci-fi idylls of the ’70s, like the mall-tropolis of Conquest of the Planet of the Apes or the Asgardian garrison of Gene Roddenberry’s Genesis II/Planet Earth — is mesmerizingly cheesy. 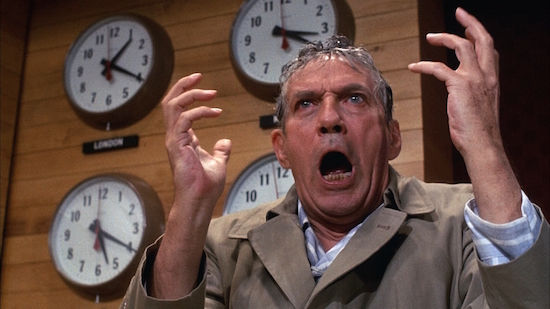 Two years after the film came out, Saigon would be falling in an eerie mirror of the opening scene of this movie that most people were warned by critics to stay out of; three years past its release, Lost Horizon’s head-patriarch Peter Finch would be ringing the death-knell of authority in Network telling Americans to scream they were mad as hell and not gonna take it anymore; seven years on, poor, uncomplicated Bobby Van, the hoofer-comedian whose performance now seems the only unstrained aspect of the whole movie, would be dead of a brain tumor and forgotten indefinitely; and of course, in eight years, AIDS would ravage the planet, decisively killing the ’70s and completing Kramer’s transformation into an angry pop prophet who got a lot more accomplished than Network’s Howard Beale. 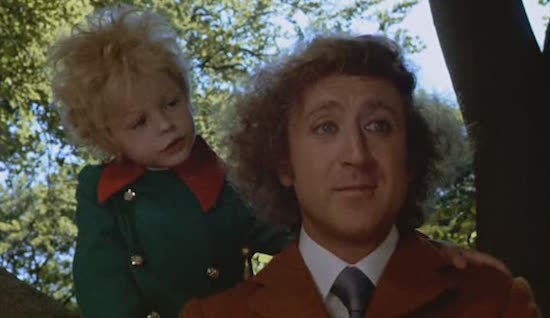 Van’s setpieces in Lost Horizon reverberate in the only bad part of The Little Prince, that is, Bob Fosse’s unending, self-choreographed soliloquy as the snake who tries to deceive the title character. This little-known contender in the sizable subgenre of media adaptations of the children’s-lit classic was the last musical by the legendary Lerner & Loewe team, who seem to have hated it as much as Bacharach regretted Lost Horizon, though The Little Prince’s score is the most rewarding and best-integrated of the three films recalled here. Gene Wilder’s whimsical, nurturing man-child role as The Fox was a much-needed model of masculinity for a young male geek in the gender-policed ’70s — as were Steven Warner’s androgynous know-it-all portrayal of the boy hero, and Richard Kiley’s maternal reading of the Aviator character, stricken from the world of war to land in a contemplative state of nature.

That movie got overlooked from the moment it came out (maybe that’s one reason no one chased us from the theatre); 1776 long seemed an artifact from a country that ceased to exist (the politically-engaged neo-revolutionary early-’70s, though a similar country seems to be stirring in 2016); Lost Horizon is a vision of a society that can only be imagined, in a mix of dissident themes and creaky clichés that makes you mystified that it ever could have been made.

Such manifestations of individual eccentricity and fevered hubris materialize in and out of the cultural frame; each can be replaced as the social machinery seeks to exact a price, but the light they cast on our meaningful fantasies, our truest faces, and our important flaws, are always there for the taking.