THIS: Once Upon Again 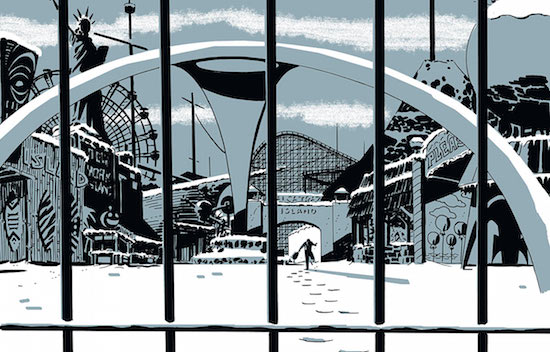 Children of the 1960s have a strange relationship to reality. We were caught in one of the early waves of public worry over violent media’s effect on us, though most of what we saw on TV was there because of the truth we ourselves were always supposed to tell. Nightly bloodbath footage from the Vietnam War; regular riots and assassinations and bombings at home. I had a steady diet of glamorously violent entertainment from my older brother’s castoff comicbooks too, but that was already old newsprint, with optimism backgrounding the metaphorical struggles and justice coming out in front; my view of the here-and-now and the outside world was one of danger and death.

This year I’ve felt about that wider world like I haven’t since my counterculture-war-era childhood. Although, 2016 is a waning winter to, say, 1968’s summer of discontent; in the first four years of my life it seemed that every leader people believed in and movement to make things better was being picked off one-by-one; now it feels like every cultural figure people look up to and so many ordinary souls struggling with disease and deprivation are just evaporating, a polar-ice preamble to the world’s simple erasure. 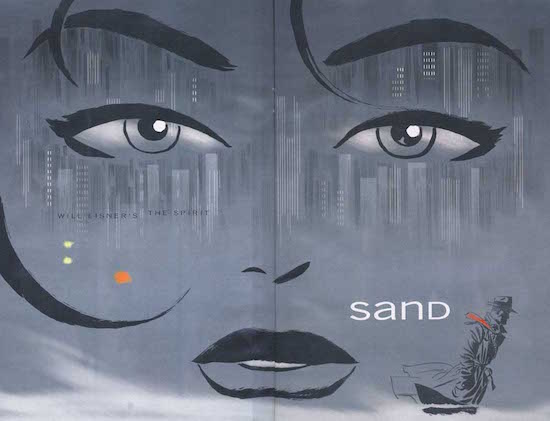 All drawings can be erased, but they leave marks on our mind so indelible that the memory is borne long after those who made and first saw the images are lost. In a year of mass-extinction for influential and individual artists, and brewing or escalating climate catastrophes and epidemics caused by global warming and declining public healthcare, Darwyn Cooke has finished painting the picture that will outlast him.

Cooke’s comic art and illustration design connected on a genetic level with anyone who grew up amid the A-frame gas-stations and biomorphic coffee-tables and squared-off, crayon-colored furniture of the Mad Men era. And just as much with anyone who’s come of age during the turn-of-the-new-century’s apparently permanent wave of hipster affinity for that era’s pop-art look and sense of possibility — the fairytale of the future, in rocketship sleekness and castles of high glass. 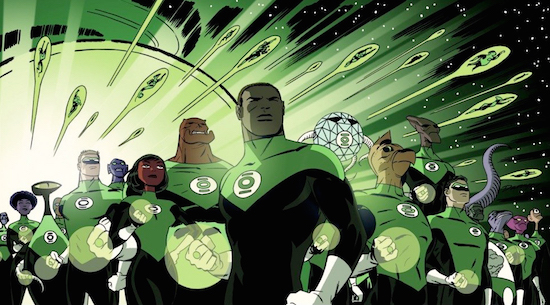 The radial time of the internet epoch — access to every century of culture and thought in an array that encircles us like pond-rings, rather than a straight line there’s no traveling back on — made Cooke’s aesthetic seem endlessly present and permanently fresh. And his absence, inconceivable.

We all felt immortal to see the past fill up with more significant works and appealing stylistic statements than it had the first time, in Cooke’s neo, retro, eternal view. A flight to the future that resumed, after war and depression and AIDS and hate and tyranny, at the hand of this indomitably cheerful and invincibly clear-eyed Canadian, sketching in what our destiny and best-ness should look like as if he was copying it from life before it was there. 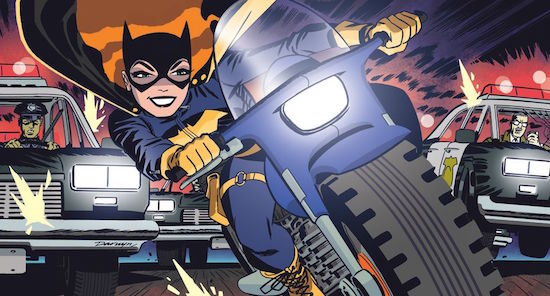 He monumentalized the modern-classic, Diego Rivera city of dreams in his worthy sequel to Will Eisner’s Spirit; he conjured the glitter and grime of midcentury prosperity and greed like a cosmopolitan Brigadoon in his Parker adaptations; he reanimated the dizzying ambition and restored the racial tragedy to the portrait of space-age America in his masterful New Frontier; he electrified the further evolution of protoplasmic psychedelia in his contributions to Milligan & Allred’s pioneering X-Force/X-Statix; he brought the rising Southern Hemisphere to light and life in his charmed, troubling, transcendent, everyday illustration of Gilbert Hernandez’s The Twilight Children not long before his death.

Everyone from Frank Espinosa to Michael Cho owes Cooke as much as we owe them. Cooke leaves a void almost as big as Jack Kirby’s, and creators like them will be the ones to leap through it, having already reminded us that there are worlds only each one of us can find. Because people Cooke’s and my age aren’t really children of the 1960s. We’re orphans of those times. We became our teen, aspiring-outcast selves amidst the wreckage of lost battles and the escapism of pop culture that hung on for a little while longer to a simplicity and warmth we’d have to just bear in memory for decades after that. Until the roots took again. Those of us, of all ages, who remain are his orphans now. Or maybe still his children… and what looks like twilight is just the prologue to a dawn. 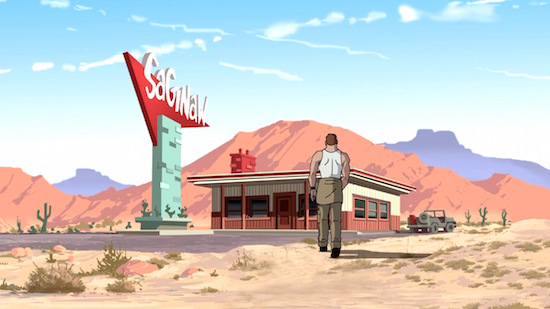