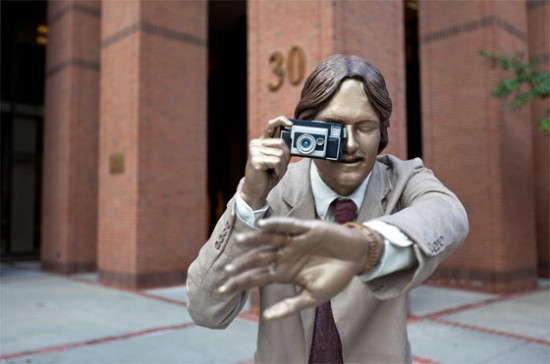 The vanity of robot-overlord stories is our assumption that the computers will need us at all. The moral of last-person-on-earth stories is that if we wish for too much, we’ll get all of it. We imagine that zombies have any interest in us, and when our spirits keep walking the living world we are, though not heard or noticed, getting to still be here.

I scowl at all these media models as I try and weave my way through the immobile mass of post-smartphone pedestrians. “Mobile,” ha; “post-smart,” more like it. It’s like when a character is sped up so fast that passersby seem like statues — another self-flattering comparison. A forest, a sculpture-garden of human bodies. We once longed for the validation of high art that addressed us on our own level — the rumpled lyricism of George Segal sculptures, the kitschy sentiment of J. Seward Johnson — the momentary made monumental. But these were frozen moments meant to be superseded by the next move that figure made, and by the ones we did in hurrying onward. We would maybe slow down to see when a statue-emulating street-mime would break down and give in to motion.

Now we are the statues, monuments to our self-focus… the physical counterpart of onscreen 15-second fame. Social media drew a frame around the individual and diffused the space around her or him; the first, ritual response in real time was to enact the motion we saw on our streams — flash mobs, lip dubs; marriage proposals delivered by dance-squads singing a movie theme-song, to in turn be filmed and get everyone feeling involved. 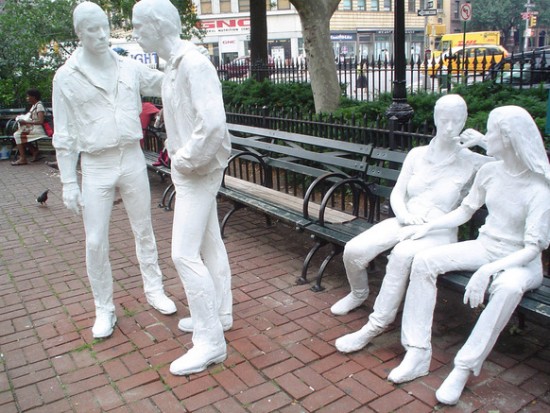 But we long for the stationary; selfies don’t move. We can answer any trivia question or call back any forgotten pop reference in a single click, but candybar commercials play out the fantasy of stopping time to get our thoughts together. Mobile-phone commercials used to show fantasies of fast flight — the woman on her instantly continent-crossing motorcycle — but what we really want from our magic screens is to stay in one place and let the whole world, filtered, flow into our hands. Time is what we wish to take back, in cycling gifs and slow food.

Velocity is the central phobia of modern humanity. People were scared from the start by automobiles, not because of how they might crash but where they would take us. We fear being sped through our lives — or even rushed past them. The most frightening thing about “the future” is that, eventually, you are not in it. 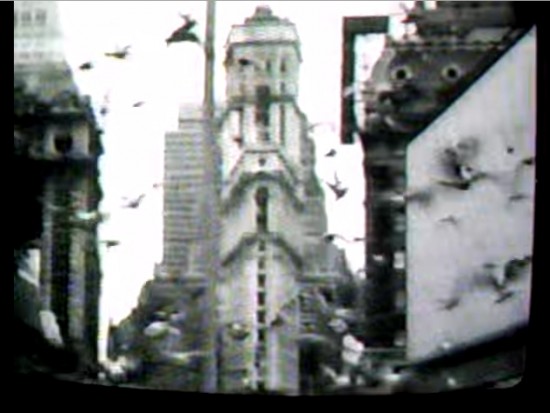 And so, as I nearly collide with clusters of bodies stopped cold on the sidewalks, the stairwells, I finally see what’s not happening here. Much is said about how smaller-screen absorption has done away with spatial awareness — but this is not a syndrome, it’s a revolt. If the engines can’t be smashed, we will grind to a halt ourselves. More work for less wages is what’s expected of most of us, and all we can expect; the handheld computer bestowed distraction and further eroded leisure. What we can do to rebel is nothing. A national freeze-mob, called on the subsurface network of our basic, finite human capacity; a memorial to life in crowds, in companionship. This image will dissolve and the world will keep turning and time will tear us away, but we can hold on, just a second.