THIS: The Bar at the Center of the World 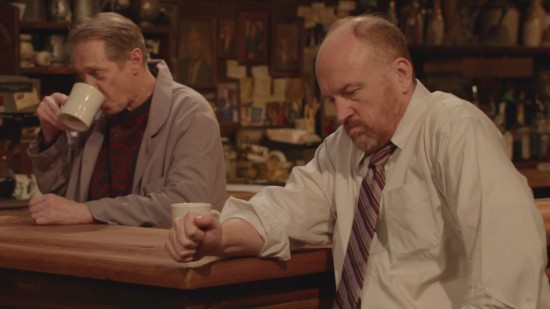 I’d like to not tell you about Horace and Pete — it’s that rarest of media phenomena, the show you can’t wait for friends to see but want to say as little about for as long as you can.

This is in keeping with the surprise release of the series, an in-any-case unclassifiable stageplay-for-small-screen that meta-mega-celebrity Louis C.K. popped onto his website with household outliers like Steve Buscemi and Jessica Lange and without warning. Promo is an artform that has in some cases supplanted the thing being sold (i.e., the only accomplishment Snakes on a Plane is credited for), and I’ve heard pop-ephemera-hoarders old and young mourn the thrill-of-the-chase that the pre-eBay and -YouTube era of flea markets and art-house/revival cinema afforded; so, well-known artists are steadily remodeling the market with that element of the unexpected (Beyoncé, Bowie, Kendrick, Louie and a lengthening list). On the internet, everyone’s been famous for at least 16 years and counting; in that climate of demystified celebrity, the loftiest are reinventing how to be private.

Which is why it’s funny (while the show is most often sad, or worse) that Horace and Pete is all about private lives, though in this case the details we’d rather not reveal; with the most organic of stagings (set in a hundred-year-old bar, two rooms, one take, filmed-play format), the series goes beyond both the self-exposing nature of social media that critics decry, and the selectivity of the disclosures they complain about too.

There’s lots not to reveal in this essay too, even though if you knew everything that happens on this show beforehand, you would still find it hard to believe you saw a mass entertainment go there. So much ground is broken that my impulse was to wait until the series is completed, but C.K. also won’t say how long it’s going to be, and part of the attraction of the show is measuring the tree while it’s still falling — the unexpected will stay intact, and episodes tend to incorporate references to real-life events that have happened in the days preceding each one’s weekly release.

Suffice it to say that the drama, and rueful comedy, and appalling emotional cruelty, and endearing quiet tendernesses, center around a family business (the bar) and the family members whose problems are none of yours, or each other’s, though all of it can’t avoid coming out and colliding. In keeping with the framed self-expression of the social-media era, the soliloquy is the basic currency of the show’s dialogue and storytelling, a series of self-portraits and at times unintended truths.

Eternal personality imperfections and evolving social cries for attention or acceptance converge in the bar’s neutral space; it’s not a safe one, but the lovingly contending patrons can take anything — racial tension, class animosity, gender imbalances, unapologetic (and sometimes indefensible) desire, secure sexual-identity difference, mortality and mental health hazards and the looming stormclouds of the 2016 election, are all in the ring and each wins, um, a round. People can be shouted at but seldom shouted down; on one level this seems Louis C.K.’s experiment in reconstructing the lost art of discussion, both intimate and national.

So far it’s all ending in a split decision, but that’s better than scorched earth. Passing worlds and ways of life are a pervading flavor of the show, as old-school wage-slaves and modern hipsters cross-fade through the century-old Brooklyn bar, which may or may not be standing for long but whose disappearing nature itself has a kind of permanence. Horace and Pete’s tavern is like a collective, open confessional, and all are welcome, but each has troubles of their own, and what if the tree falls right in front of you while nobody’s listening? 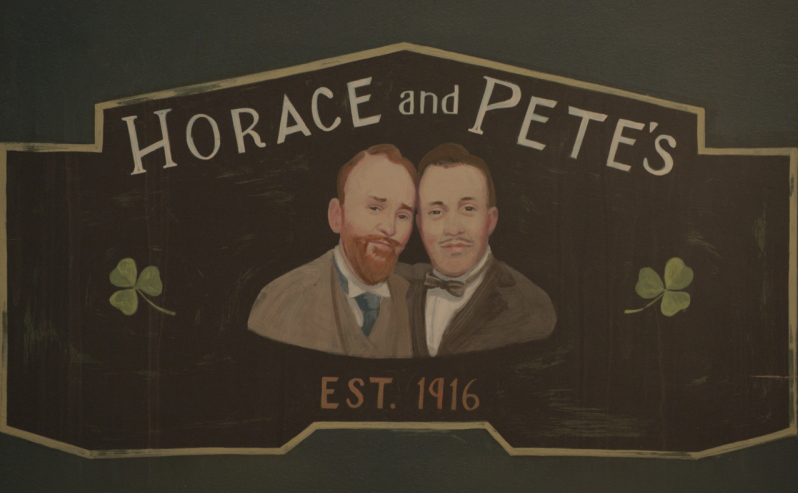