Regression Toward the Zine (12) 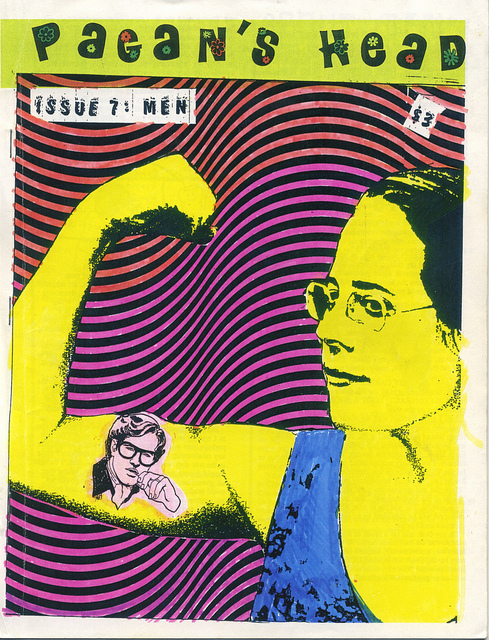 Shortly before I graduated from college (in June of 1991; I was on the five-year plan), I started swapping copies of my zine Luvboat Earth with Pagan Kennedy, publisher of Pagan’s Head. (I briefly mentioned Pagan’s zine Pagan’s Head in an earlier post.)

Pagan — who is today the regular columnist for the New York Times Magazine’s “Who Made That” page — in those days lived with several roommates in a big house in Allston, Mass. When I moved back to Boston for grad school, she kindly invited me and my wife to parties, where we met folks with whom we’ve been friends with ever since, including Ingrid Schorr. At a swap meet Pagan organized, I first met Scott Hamrah and Jennifer Engel. Scott and his friend Chris Fujiwara were just then starting to make a (never-completed) feature film, so I volunteered to help out. By the end of that process, Scott and Jennifer and Susan and I had become close friends. Scott and Jennifer (as well as Ingrid and Chris) became key contributors to my second zine, Hermenaut, about which more later. So — I’m very grateful to Pagan. 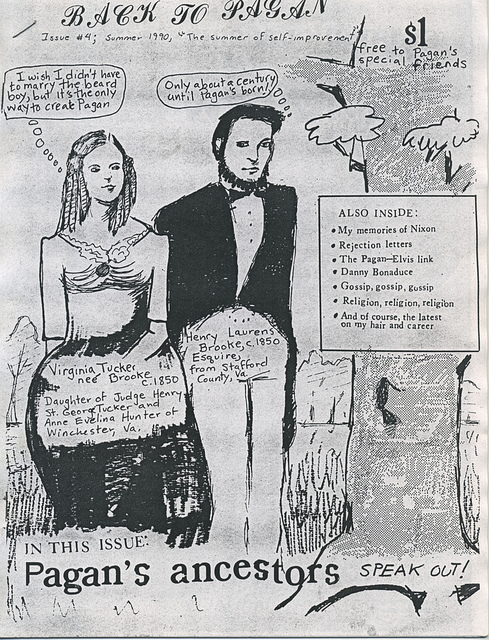 Pagan was in those days writing about zines for the Voice Literary Supplement; publishing the stories which were collected in her first book, Stripping; and working on a nonfiction book: Platforms: A Microwaved Cultural Chronicle of the 1970s, which was eventually published in 1994. She hired me as her research assistant on the latter project; my first job out of college. On Pagan’s behalf, I spent hours in the Boston Public Library, scouring 1970s issues of Ms. and Ebony.

Allston was in its heyday, in the early ’90s. Everyone was in a band; everyone was publishing a zine. There were more grad-school refugees than grad students on the scene. Graduate school seemed unnecessary. Everything academe offered — a community of smart people; mentors; the opportunity to read, think, and write about fascinating topics — was offered by the DIY scene. Which is why I dropped out of my graduate program in Sociology after finishing the coursework. Academe, I’d decided, was not for me.

The so-called Allston Mall — a rough-and-ready retail space on the 2nd floor at 107 Brighton Avenue — was home in those days to the Primal Plunge Bookstore (which carried zines, Fantagraphics comics, Re/Search and Semiotext(e) books — what else could you possibly want?), the 88 Room art gallery, the Naked City Coffee House, and the office of Quimby magazine (whose editor, Steven Svymbersky, later moved to Chicago and opened the Primal Plunge-like bookstore Quimby’s). In the Mall’s central hallway, the Primal Plunge organized a weekly screening of industrial and educational films, and otherwise fostered DIY culture. Good times!

You can read all about Pagan’s adventures as a zine publisher in her book, ’Zine.

*
NEXT: The zines Rollerderby and Scram from the Joshua Glenn Zine Collection.