Regression Toward the Zine (11)

PREVIOUSLY: Mike Gunderloy of Factsheet Five explains where the action is, circa 1990.
*

The years 1988–89 were the apex of the Zine Revolution. Ever dilatory, I began publishing a zine after that pinnacle — during my senior year (1990–91) in college. As is typical in DIY culture (whether we’re talking about music, movies, crafting, or whatever), I began as a fan and eventually, inexorably joined the movement as a fellow creator.

First, I was inspired: I visited Sherman Wilmott (mentioned earlier) in Memphis and spent a couple of days poring over his pile of zines. I also met Eric “Chiz” Friedl in Memphis — later known by his stage name, Eric Oblivian, after he a co-founded the Memphis garage-rock band the Oblivians. Eric was also into zines — he later started publishing the excellent garage rock fanzine WIPE OUT!. Sherman and Eric turned me on to Factsheet Five, issues of which I read cover to cover back at college in Massachusetts. 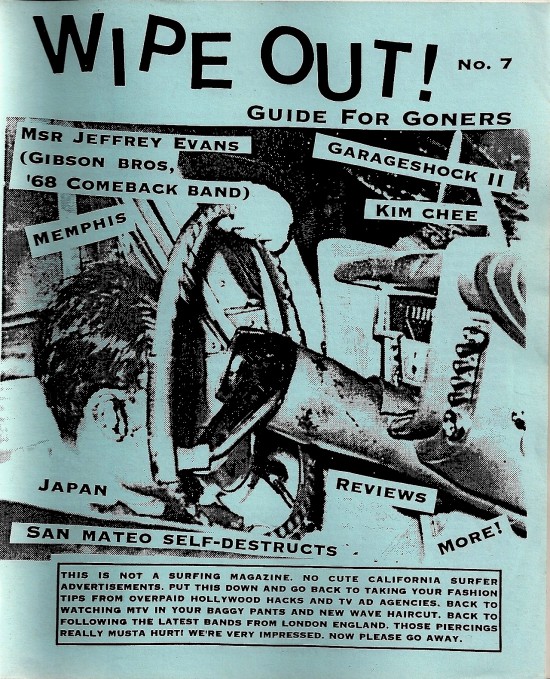 Second, I was in trouble: When I started applying to grad school programs, I realized belatedly that I was expected to list my (non-existent) extracurricular activities. Everyone else had been padding their résumés for four years, while I had been doing nothing at all.

I had a brainstorm. I would publish a few issues of a fake zine — beginning with issue no. 9, say, in case anyone actually wanted to see it — and list this Potemkin zine as my extracurricular activity. I enlisted a friend, Patrick Hubenthal, as co-editor, and asked my girlfriend (now wife) Susan, and my friend John Cradock (see earlier installments of this series) to write and draw contributions. This zine had to seem like the real deal. 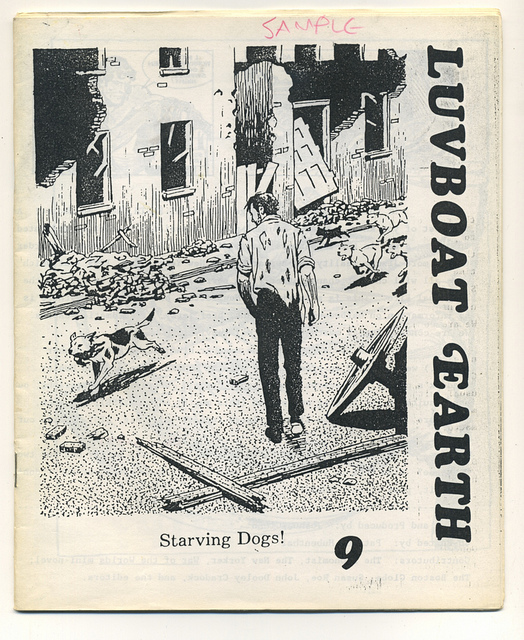 The first issue (pictured above) of Luvboat Earth featured a list of back issues that were fictional and permanently unavailable. At last, the truth can be told — they never existed. 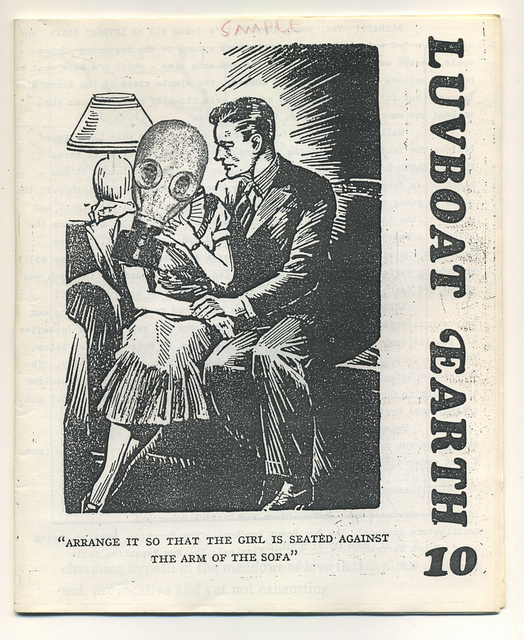 And then a funny thing happened. I couldn’t stop publishing a zine. For the next ten years!

*
NEXT: The zine Pagan’s Head from the Joshua Glenn Zine Collection, and the DIY scene in Allston, MA circa 1991.