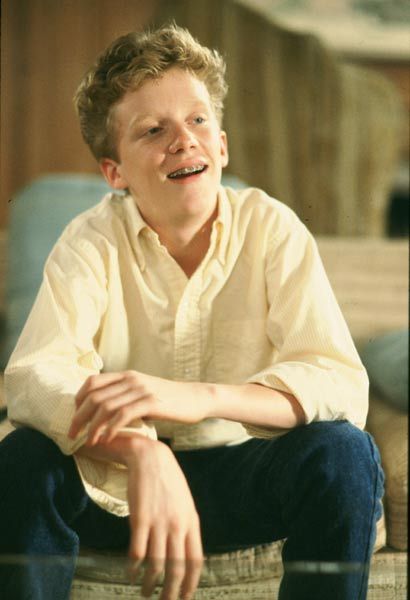 ANTHONY MICHAEL HALL (Michael Anthony Hall, born 1968) peaked early. Though he has been doing mostly solid thespian work for more than thirty years, Hall’s dramaturgical passage was only truly effulgent for viewers on this planet from 1983-85. Channelling screenwriter, then director and writer John Hughes, Hall created a series of staggeringly convincing portraits of American adolescence. Rusty, in National Lampoon’s Vacation, is Hall’s first, and most subtle, effort at the wiseass — not as smarmy as Eddie Haskell, or as supercilious as Ferris Bueller. He cranks up the voltage for Farmer Ted, in Sixteen Candles, but this suits the setting, the desperation and status anxiety of a high-school freshman. Ted is currently “King of the Dipshits” but with his sights set high. In The Breakfast Club, Hall tones it down with the possibly maybe slightly suicidal and overstressed geek Brian, before mostly going off the rails as Gary in Weird Science. This was the drunken senior year of Hall’s high school acting career. But in those few roles, Hall gave a charm to the skinny, smart kid that you don’t often see in movies. Farmer Ted was a geek, but he was crafty, worldly, charismatic and completely natural. Hall has said that these roles were not versions of himself, but versions of John Hughes. Seeing interviews with Hall now, it’s hard to discern him in there at all, but when the light and the angle are just right, there he is — Farmer Ted!

On his or her birthday, HiLobrow irregularly pays tribute to one of our high-, low-, no-, or hilobrow heroes. Also born this date: Sarah Michelle Gellar and Loretta Lynn.

READ MORE about members of the Reconstructionist (1964-73) Generation.