From the opening three and a half minute shot of two migrant workers walking down a bone-dry LA river basin, Los Bastardos offers the viewer no sanctuary from the hard facts of life. Fausto (Ruben Sosa) and Jesus (Jesus Moises Rodriguez) are undocumented Mexican laborers, haunting the Home Depot parking lots of LA and drifting through a series of exploitative jobs and racially-tinged encounters.

The minimalist plot unfolds from the listless momentum of two lives at the bottom of the American food chain. And as Fausto and Jesus lurch toward a desultory staged home invasion, Escalante makes us feel that the brutal outcome is inevitable.

In the rigor of the framing and extended shot length, the film lives in the same galaxy of uninflected realism as Bela Tarr and Bruno Dumont. There’s also a patient, Dardenne brothers–like attention paid to the choreography of the protagonists’ work life. But Escalante’s vision is singular. During the home invasion, Fausto and Jesus encounter a crack-addicted divorcee Karen (Nina Zavarin), only to find that her life is as numb and vacant as theirs. That this startling event barely registers on Karen gives the film its deep bottom. Escalante makes clear that the sex and drug-fueled anomie that follows are the only options available to these people.

When the shocking climax arrives, it’s made all the more indelible by the wide screen, locked-down, formal framing. Escalante gives no “out” for the audience, no ironic distance, and no possibility of guilty pleasure to be milked from the violence. He holds the frame, and the horror within its borders, as if to say: “This is the world. Our world. There is no where else to go.”

Casting two non-actors to play Fausto and Jesus works to devastating, effect. Escalante has given us faces that resist both our projections and bias for sympathy. They haunt the landscape, out of reach, in a place far beyond likeability or sentiment. We are left with no choice but to be present to their struggles.

Sitting on the couch in a narcotized haze, Karen asks the younger Fausto, “Have you ever been in hell?” Fausto says nothing, and in his silence lives the heart of the film. Nothing that is said will matter. For any response is inadequate to the horror of existence for those on the fringes.

This film, every frame of it, demands to be seen.

Los Bastardos is available on DVD. 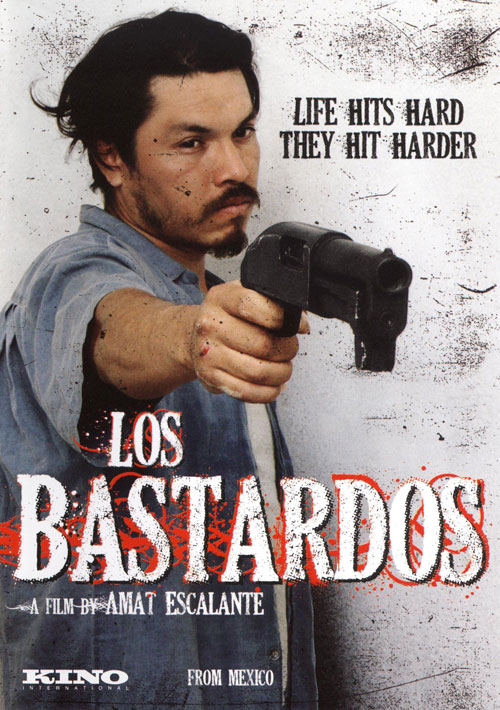