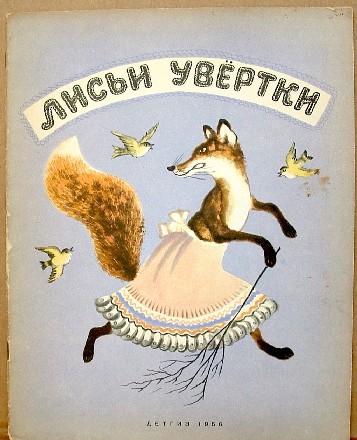 Every other week, Patrick Cates (HiLobrow’s Magister Ludi) produces The Sniffer, a PDF newsletter mailed to backers of James Parker’s novel, The Ballad of Cocky the Fox.

Each edition of The Sniffer features an extract from “The Cocky Companion,” a Rosetta Stone for decoding Cocky’s London vernacular. This week’s Sniffer (#18) includes the following glosses on vernacular from Parker’s Fit the Eighteenth.

STREWTH: Like many instances of incomprehensible slang, “strewth” began life as a grammatically sensible plea for credulity: “It’s the truth!” But “It’s the truth!” soon fell in with the wrong crowd, started playing truant and became “’s the truth”. Before long, it was shoplifting, smoking crack and going by “s’truth”. And it got thrown in jail, where the cons and guards started calling it “strewth”. There were discipline problems, fights, spells in solitary. Eventually, poor “strewth” was banished by ship to Australia where it will spend the rest of its days arranging books in a prison library. 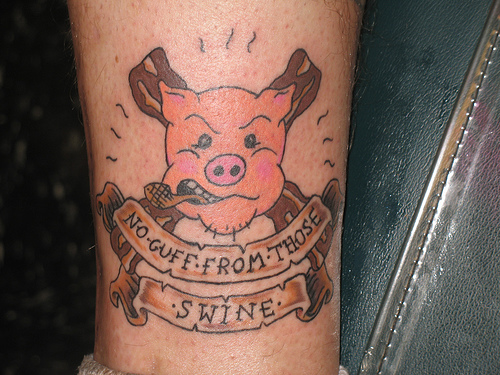 GUFF: Guff is a delightfully onomatopoeic word. The double-f that comprises its second half scoffs, dismisses and hints at fuck. “Hermenaut? I used to read that. What a load of old guff! Now I’m all about Combat Handguns Magazine.” As a flangent (a flatulent tangent), it’s worth mentioning that “guff” joins “chuff”, “trump”, “grunt”, “traf” and “parp” in the British schoolboy’s Lexicon of Other Words for Fart. To wit: “Pwoarrr! Etherington just guffed, Sir! It stinks!” 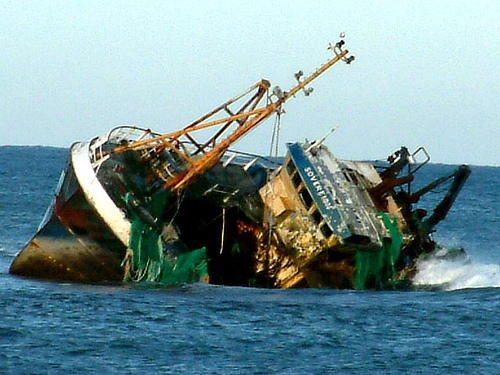 SCUPPERED: If you’re a polite Cockney who shrinks from fucking and buggering, you may end up recruiting “scupper” to assist you in conveying ruin and destruction. “You let Terry work on my motor? Christ. He’ll only go and scupper it.” “We’ve got Chelsea in the next round. We’re scuppered.” I think “scupper” had something to do with ships, once upon a time. But I can’t tell you for sure, because I’m too lazy to look it up. Just imagine rum-drenched sailors in the 17th century sexually assaulting each other and falling overboard in ecstatic abandon. That’s all the etymology you need.

TWIGGY: Back in 1960s Britain, when homosexuality was a capital offence and women were allowed to smoke in maternity wards, people said what they saw. “That man’s really fat. I’m going to call him Fatty.” Sod the consequences. People didn’t have feelings and, even if they did, nobody would have cared about hurting them. This is the kind of bell “twiggy” will ring with British readers of a certain age. Actually, that should be “Twiggy”. In 1965, a skinny sixteen-year-old, probably in some black and white op-art dress designed to mangle the eyes of lecherous old men, strutted precociously on to a catwalk. Immediately, someone thought: “That woman looks like a twig. I’m going to call her Twiggy.” I suppose “twiggy” can still mean “like a twig”. But for me it will always bring to mind an era of dull wits and unimaginative nicknames.