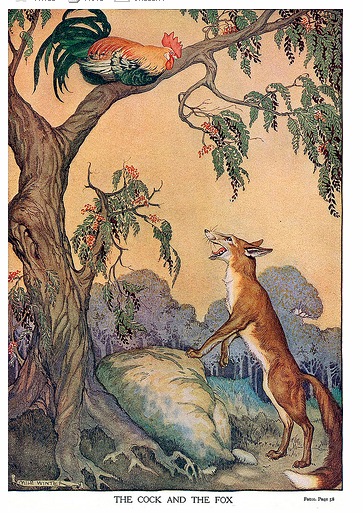 Each edition of The Sniffer features an extract from “The Cocky Companion,” a Rosetta Stone for decoding Cocky’s London vernacular. This week’s Sniffer (#10) includes the following glosses on vernacular from Parker’s Fit the Tenth.

NICK: To anybody not versed in the ways of London slangsters and gangsters, Nick might be a Nicholas who wants to amputate the last two syllabic legs of his formal-sounding name. Or a nick might be what a bleary-eyed, bestubbled, hungover bloke might give to the skin on his face when hamfistedly scraping his razor therealong. But suppose you do hang around in horrible musty boozers in the East End. What then? Imagine that you’re at the bar and sitting next to a burly chap who has babies’ heads for fists and a swallow tattooed on his neck. You might hear him regaling his companion with a tale from his recent past: “When I was in the nick, I fucking ran the show. If I told one of my lads to do over a nonce, it would happen just like that.” All kinds of things can land you in the nick. Nicking, for example. Run up to that car that’s stopped at the traffic lights. Open the driver door, pull the driver out onto the road, get in and drive off. You’ve just nicked a car. Well done! 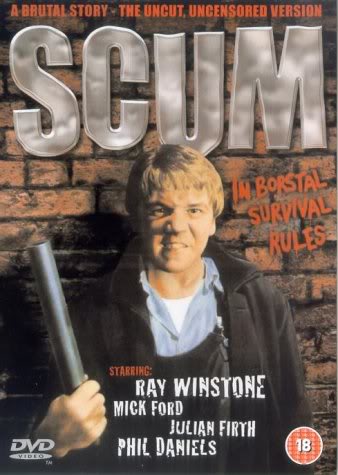 SCUM: Carlin protests to Banks, the “daddy” of the jail, who is about to stove his head in with fist: “Leave off, will ya? I don’t give a fuck who the daddy is. I don’t want trouble. So just piss off and let me get on with me time, all right?” Later, Carlin corners Banks in the bogs, beats the crap out of him and delivers his delayed riposte: “Right Banks, you bastard. I’m the daddy now. Next time, I’ll fucking kill ya.” This is Scum, the grim and brutal 1979 tale of British borstal life, and this is Carlin, the youthful Ray Winstone’s first dabble in the art of playing London hard nuts. The violent vignette just depicted offers no interpretative value to anyone keen on understanding how the word “scum” is used colloquially. But, for many Brits, mention of the word “scum” will send them veering irreversibly off on this cinematic tangent. You won’t get any useful information out of them after that. 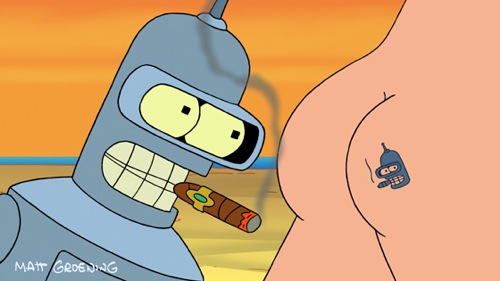 BENDER: Yanks and Limeys who like to go out for a night on the sauce are not baffled when they hear themselves being described as “going out on a bender.” Nor are English foxes and rabbits who sit around scoffing ’shrooms and filling their bonces full of silly sounds and pictures. But Yanks should exercise caution. In British English, “bender” also happens to be a derogatory term for a gentleman who enjoys having sexual relations with other gentlemen. Let’s say you are a moderate drinker having a moderate drink with your hedonistic friend in a London bar. He tries to pressure you, for the third time, into drinking heavily for the whole night ahead. You reply loudly and angrily: “Look! I don’t like benders, OK?” Don’t be surprised if, after this outburst, you get castigated and fustigated by your fellow customers for being a homophobe.

HEADBUTT: In Britain, the humble headbutt is as common as a handshake. Custom and etiquette dictates that any pub fight occurring suddenly and organically should begin with a headbutt. Nowadays, though, tradition and good manners have fallen by the wayside somewhat, and a pub fight is just as likely to be inaugurated with a skull-clunk from a pint glass or a cheek-stab from a broken bottle. Nonetheless, the headbutt is still a popular mode of expressing disagreement. In fact, so endeared are Glaswegians with the short, sharp intensity of this neck-locomoted attack, that it is has come to be known as the “Glasgow kiss.” If a resident of this chequered Scottish city offers to kiss you, pay attention to the expression on their face and to the tension in their neck muscles. If you aren’t careful, you could end up with a pair of eyes purple with the stain of drunken violence instead of a pair of cheeks rosy with the bloom of inchoate romance.