DC, while not even close to the weirdest of the Silver Age comics publishers, was certainly the highest-profile of them. While EC and the various crime comics publishers placed their lurid depravity out front for the world to see, and at a time when Marvel was trafficking in soap-opera melodrama targeted towards young adults, DC cloaked its perversities beneath a veneer of childlike Americana — not unlike, say, a pedophile scoutmaster. 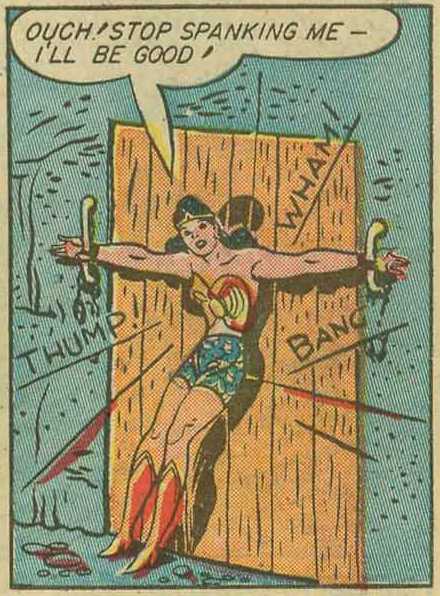 DC’s game was sussed out by the psychiatrist Frederick Wertham, who publicly claimed, for example, that there was a homosexual subtext to Batman and Robin’s relationship. He also found the bondage scenes in Wonder Woman gratuitous. By the 1970s, the era of my own childhood comic fandom, Wertham was routinely demonized as a paranoid McCarthyite, his anti-comics crusade a symptom of 1950s hysteria. That’s not entirely fair: for one thing, Wertham was a well-intentioned liberal do-gooder; for another, as anyone who’s glimpsed a Witchblade cover or watched an episode of The Ambiguously Gay Duo could tell you, he wasn’t entirely off-base. 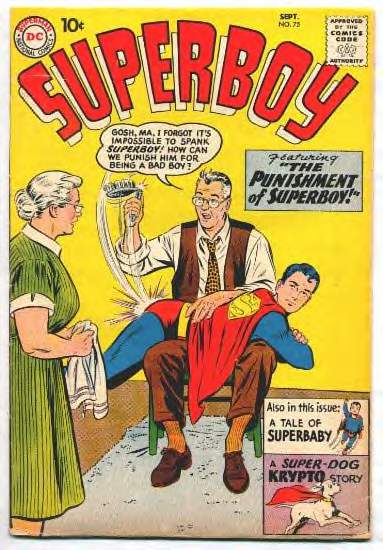 In a pseudo-Werthamite spirit, over the next week or so we’ll present a series of our favorite Silver Age comic double-entendres. Were they accidental blurts from the artists’ subconscious minds? Can they simply be explained away as products of a “more innocent time?” Or perhaps they were acts of mischief from perverse, disgruntled, or bored comic artists. I don’t know the answer to these questions — and furthermore, I don’t care.

The first installment in a series of twelve posts will appear shortly. Stay tuned!