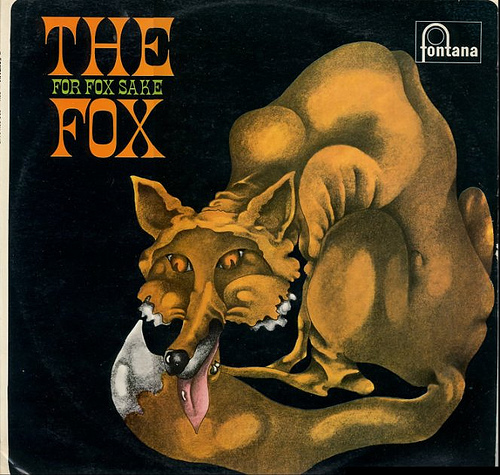 Each edition of The Sniffer features an extract from “The Cocky Companion,” a Rosetta Stone for decoding Cocky’s London vernacular. This week’s Sniffer (#9) includes the following glosses on vernacular from Parker’s Fit the Ninth.

ESSEX: Essex is a Jekyll and Hyde of a county nestled in England’s armpit, stuck between the saggy tit of East London and the bingo-wingèd arm of East Anglia. The London side of Essex is victim to a nasty rash of towns that end in -ford: Stratford, Ilford, Romford. These pestilential pustules are singlehandedly responsible for giving Essex the bad name it has had for many years. Slovenly speech, sovereign rings, and souped-up Vauxhalls. Pitbulls, pub aggro, and ponytails. But keep on travelling East until Hyde runs out. Then you’ll meet Jekyll. Shire horses, cosy pubs and country piles. This Essex is home to old money and landed gentry. And the old money and landed gentry wish it had a different name. Even Upper Essex would do. 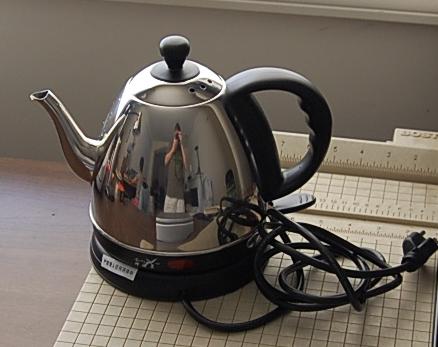 KETTLE: There are more electric kettles in England than there are televisions. That may or may not be true, but it certainly sounds plausible. If England is the poorly maintained body whose flabby triceps, floppy breast, and stinky armpit were just delineated, then tea is the blood that runs boiling through its veins. Tea is a panacea; it cures stagefright, misery, and broken legs. Tea is a leveller; architect and builder, doctor and nurse, teacher and student — all will gamely clink cup and mug. And the kettle is the crucible and capillary of this liquid goodwill. It is fount, idol, icon, and altar in an island church where tea is worshipped. 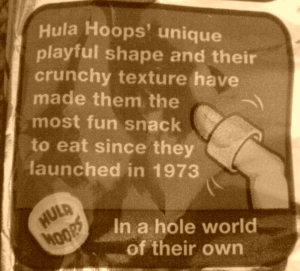 HULA HOOPS: Hula Hoops are precision-engineered annular potato snacks that fit perfectly on the tips of a prepubescent’s fingers. Find me a lad of ’70s or ’80s Britain who hasn’t dunked his hands in a bag, donned ten crunchy fingernails, and then taken great delight in gobbling each one off in quick succession, and I’ll barrack that lad for being an impostor. For to have grown up then and there is to have had hands permanently and gleefully drenched in crumby slime, and to have been enchanted by the tangy smell of chemically modified potato (“Original”), chemically manufactured beef (“Beef”), and chemically dangerous acid (“Salt & Vinegar”).

DO: Fucking and fighting. The Castor and Pollux of the animal condition. And “do” does for both. If a lecherous beer guzzler flops his belly on to the bar, leans into the barman, points at the attractive woman sitting nearby and offers the following into the poor barman’s tolerant earhole — “I’d do ’er” — he is indicating his never-to-be-requited desire to engage in the former of these two beastly pursuits. But if the same guzzler, having guzzled his shoe size in pints, blearily misinterprets a friendly request to step aside so that the requester may pass, and then shout-slurs this in response — “‘Scuse fuckin’ wot? Fuck off or I’ll fuckin’ do you” — the doing will involve an act of extreme violence, mediated by fist, head, or broken pint glass. Advice for the virgin doer: Don’t get your do’s confused or you’ll be done for.

TASTY: Here is a gentleman. You may have fellated him and found the flavour to be appealing. But if, in describing him to a streetwise friend, you call him “tasty,” this friend will take you to mean a different trait. If you are tasty, you are an aficionado of the punch-up. You are handy and hardy and always ready for a ruck. You can jump in the ring with the fairground prizefighter, knock the hulking bastard out with a quick one-two, and take the jackpot. Stay away from tasty blokes. Unless you’re looking for a man with a toothsome member.