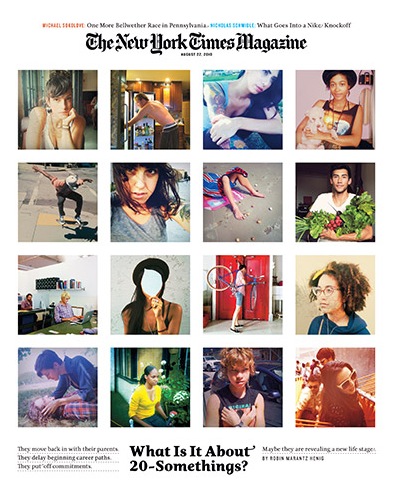 The subtitle of the cover story in the latest New York Times Magazine (“What Is It About 20-Somethings?”) asks: “Why are so many people in their 20s taking so long to grow up?” I’m not going to write about this (not very interesting) example of journalistic generationsploitation; instead, I’m going to use it as an excuse to share a few notes I’ve scribbled on the difference between High-and Hibrow.

The rhetoric of “growing up” — which is challenged by the NYT Magazine story, in a highbrow fashion — cannot but make one think of Immanuel Kant’s much-cited 1784 essay, “Answering the Question: What Is Enlightenment?” According to Kant, “Enlightenment is man’s emergence from his self-imposed immaturity.” He continues:

This is stirring stuff. Kant’s rhetoric of “growing up” is a rebellious challenge to premodern notions of what it meant to be grown-up — i.e., internalizing the authority of church and state. That’s not maturity, Kant insists — it’s immaturity! It’s cowardly! However, enlightenment is a more complex phenomenon than Kant would have us believe. Though Kant is saying: “‘Grow up!’ — that is the motto of enlightenment,” Highbrow is merely one of several important aspects of enlightenment. “Grow up!” is the motto of highbrow scientific enlightenment, not enlightenment in toto. 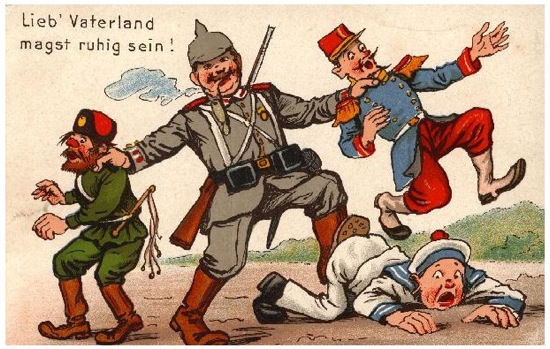 From our perspective, Kant’s much-cited definition of Enlightenment is typically highbrow — which is to say, ham-handed. Those of us familiar with German WWI propaganda, in which Germany is always portrayed as a (pipe-smoking) adult chastising his juvenile adversaries, might go so far as to say that Kant’s definition of Enlightenment is typically German. From Kant through Habermas, with the exception of a few hilobrow types — e.g., Nietzsche, Bloch, Benjamin, Adorno — modern German and Germanophile thinkers have tended to equate immaturity with un-enlightenment.

In the Forties (1944-53) and Fifties (1954-63), influential proto-neoliberal Western intellectuals used the rhetoric of maturity vs. immaturity — to be mature meant, e.g., being “post-ideological” — in order to shame and silence the few remaining utopian thinkers and visionaries among them. Who opposed such rhetoric? A tiny handful of intellectuals, including Albert Camus. But their existentialist critique of the West’s dominant discourse was defanged via American (middlebrow) mass culture — and transformed into the pseudo-deep rebelliousness of grown-up adolescents known as beatniks.

Unlike the highbrow Kant, the hibrow doesn’t insist that enlightenment is simply a question of resisting the influence of (parental) authority figures; it’s possible to be enlightened, as far as the hibrow is concerned, without buying into the discourse of rebellion. “What is a man who revolts?” asked Camus. “First of all, it’s a man who says no. But if he refuses, he does not only renounce something, he is also saying yes.”

The discourse of enlightened rebelliousness wasn’t coopted by the forces of postwar Middlebrow in order to sell us more consumer products; as Thomas Frank demonstrates in The Conquest of Cool (1997), it was the postwar marketers of consumer products who sold us on enlightened rebellion. And as I wrote in Hermenaut, back in ’99, middlebrow’s program of pseudo-rebellious “fake authenticity” can be traced to Diderot’s “Rameau’s Nephew” and Rousseau’s Du contrat social.

That’s right! The French philosophes’ notion that scientific enlightenment — for which we are only truly free once we’ve liberated ourselves from internal constraints, and decided for ourselves what’s important — is the only form of enlightenment exacerbated German thinkers’ own highbrow tendencies. So I’ll stop impugning the national origins of highbrow thinkers, and instead I’ll ask a rhetorical question of my own: What is Hibrow? 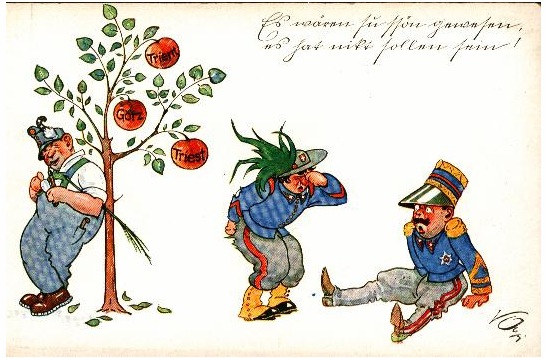 Hibrow is a disposition that conflicts with though doesn’t fully contradict Low- and Lobrow, dispositions that insist (in different ways) upon the impossibility of using your understanding without guidance from another. Though Lowbrow might be an unenlightened disposition, Lobrow is not unenlightened; though the lobrow’s philosophy might be a counter-Enlightenment one, it’s not counter-Hibrow. Hibrow and Lobrow alike are counter-Enlightenment, insofar as “Enlightenment” is taken to mean “Highbrow.”

Hibrow isn’t quite as admirable a disposition as HiLobrow. But its goal — seeking to reform Highbrow, by nudging it in the direction of Low- and Lobrow — is a worthy one. Because doing so teaches us something, even if only indirectly and obscurely, about HiLobrow. So even if she merely succeeds in warning us against using “maturity” to mean “rebellious, and therefore enlightened,” we owe a debt of gratitude to the hibrow.

Perhaps the best-known hibrow figure in recent memory is Susan Sontag, whose 1964 essay “Against Interpretation” heralded the end of the Fifties by denouncing the postwar era’s highbrow culture. Let’s revisit “Against Interpretation,” which boldly articulates a few of the more important differences between the dispositions Highbrow and Hibrow.

“Against Interpretation” isn’t a jeremiad against middlebrow. In fact, Sontag — whose essays from this period celebrate hi-, hilo-, and lobrow cultural productions — doesn’t seem aware that Middlebrow exists. I’m guessing that this is why, unlike Adorno and Dwight Macdonald, who vigilantly patrolled the borders of hi-, lo-, and hilobrow culture, ever alert to the predations of Middlebrow, Sontag wasn’t vulnerable to charges of cultural mandarinism. The closest she ever comes to criticizing the influence of middlebrow is in “Notes on Camp,” in which she tries without much success to distinguish between the camp (hilobrow) and cheese (nobrow/middlebrow = quatsch) sensibilities. In other words, Sontag is regarded today as a hilobrow because she celebrated hi-and lo- culture; in fact, Adorno and Macdonald are the true hilobrows, while Sontag is — I think — merely hibrow. But I’ve written about this subject elsewhere; let’s stick to “Against Interpretation.”

The earliest western theory of art — Plato’s proposition that art was mimesis, imitation of reality, and therefore (whether “realistic” or mimetic in a less direct fashion; expressionist art, e.g., is a mimetic statement of the artist’s subjective reality) of dubious value — is a flawed one, insists Sontag. Like Plato, highbrows (though she speaks in the first-person plural when assigning blame, Sontag is talking about highbrow philosophers, intellectuals, literary and art critics) are philosophical idealists who consider everyday material reality (“form”) of dubious value compared with abstract, transcendent realities (“content”). With Virginia Woolf, a self-described highbrow who wrote admiringly that the lowbrow “rides his body in pursuit of a living at a gallop across life,” Sontag demands that highbrows become sensualist — i.e., that they start valuing form. Highbrows who insist upon “interpreting” art in order to get past its form and determine its content are, she claims — cleverly appropriating one of the highbrow’s favorite pejoratives — guilty of “subtle or not so subtle philistinism.”

Sontag is particularly exercised when discussing 1964-era Freudian and Marxist doctrines — which she describes as “aggressive and impious theories of interpretation,” or secular hermeneutics which “poison our sensibilities.” For Freud and Marx, there is no understanding (i.e., no enlightenment) without interpretation; Sontag insists that this is a “reactionary, impertinent, cowardly, stifling” doctrine. So does this mean Sontag is a Lowbrow — would she have us remain passive and pious before myths and artworks? It sounds like it when she describes her culture’s dilemma as “the hypertrophy of intellect at the expense of energy and sensual capability”; and when, in the opening of her 1999 novel In America, she suggests that her marriage to Freudian-Marxist critic Philip Rieff was a mistake because she realized “not only that I was [sensual] Dorothea but that, a few months earlier, I had married [hypertrophied intellectual] Mr. Casaubon.” Highbrow interpretation, she seems to suggest, is what men do to women and nature; it’s a reduction of something complex and alive to a one-dimensional, utilitarian object. At one point, she convicts contemporary (highbrow) art critics of “assault by interpretation.”

Sontag applauds art that seeks to evade interpretation by becoming abstract, parodic, or even non-art. But programmatic avant-gardism is merely evasive, and its formal experiments perpetuate the highbrow distinction between form and content. She also praises the “liberating anti-symbolic quality” of Truffaut’s and Godard’s movies — but she recognizes that, eventually, highbrows will interpret the content of these movies, too. So Sontag wants to reform the practices of highbrows; she wants to reeducate them. How?

“What is needed, first, is more attention to form in art,” Sontag writes; she cites Northrop Frye, Roland Barthes, Erich Auerbach, Benjamin, Manny Farber, and other critics as good examples of essayists who “reveal the sensuous surface of art.” We must learn to see more, to hear more, to feel more, Sontag concludes: “In place of a hermeneutics w need an erotics of art.” Postmodernists and semioticians would take Sontag’s advice or arrive independently at the same conclusion; today, there is no lack of anti-highbrow erotics in criticism.

However, the anti-highbrow’s obsession with form is just the flip side of the highbrow’s obsession with content. Sontag isn’t entirely an anti-highbrow; she’s a hibrow. As such, she doesn’t reject all modes of interpretation — which in some contexts, she concedes, can be a means of “revising, of transvaluing, of escaping the dead past.” Sontag’s problem with highbrow hermeneutics is that they’re reductionist; the highbrow doesn’t actually interpret a work of art, in other words — instead, he tortures the work of art until it appears to consist of form and content, then he interprets only the latter. Sontag articulates a hibrow mode of interpretation, in which the plays of Beckett, or Joyce’s Ulysses, aren’t reductively read as statements about modern man’s alienation from meaning, but are “understood” in a less but not un-intellectual fashion — via an experience of their “pure, untranslatable, sensuous immediacy” combined with a mode of interpreting that isn’t ham-handed.

Alas, Sontag doesn’t get more specific than that, at least not in this essay. Here, as in her own criticism, she oscillates between dispositions — between hibrow and anti-highbrow. It renders her essays confusing and misleading precisely where they ought to be strongest and most helpful. Still, Sontag helps us see that interpretation began as a strategic tactic employed by Highbrow in its world-historical (and wrong-headed) struggle against Lowbrow. At some point in the early modern era, Highbrow announced a false distinction between form and content, assigned the former to Lowbrow (as “myth”) and attacked it in the name of the latter (“realism”). By demanding that myths — and, eventually, all cultural productions — grow up and make sense, highbrow interpretation alters these texts and (Sontag complains, rightly) renders them all suspect. 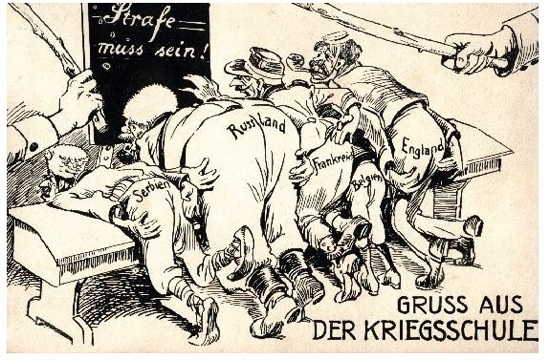 A quick thought about hilobrow hermeneutics. Hilobrow hermeneutics, one imagines, aren’t reductionist. The hilobrow already knows what the hibrow learned (by studying low- and lobrows): i.e., that myths and other cultural productions ought to be enjoyed and valued in a sensual, perhaps even shallow way, rather than reductively intepreted. However, in addition to experiencing a work of art in the (hibrow/anti-highbrow) erotic mode, one suspects that a hilobrow would somehow interpret the content of a work of art — most likely in an exaggerated, even paranoid manner. The critical difference between highbrow and hilobrow hermeneutics is this: the hilobrow doesn’t fool herself into believing that art can be reduced to its content — even as she’s doing just that.