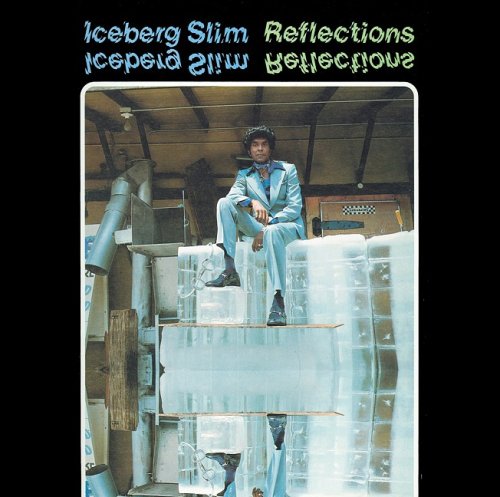 The ranks of those who truly possess the gift of malediction — Shakespeare, in his sonnets to the Dark Lady; and fictional characters like the editor Shrike, in Miss Lonelyhearts, and Lee Ermey’s D.I. in Full Metal Jacket — are thin. It’s an active, malign language intended to wound, acid enough to cause despair; the pillowy obfuscations of political speech, false piety, and the finely nuanced bullshit of marketing are banal by comparison. In his 1969 quasi-autobiographical novel Pimp, ICEBERG SLIM (Robert Beck, 1918-92) faces a crisis when a prized whore wants to leave his stable. Recently out of jail, he can’t afford to attract police attention by beating her down, so he meticulously breaks her down using nothing but words — it’s a master class in resource management. Though his street reporting is compelling and unique, what’s most notable about Iceberg Slim is his lean and detailed prose style (there’s a nose-carving scene in Mama Black Widow more vivid and horrific than any splatterpunk), and his ethic of manipulation, abuse, and exploitation, which challenges every conventional moral schema in commerce, sexual relations, or Right Living (in his case, “Ressin’ and Dressin'”). As a result, he’s been a huge influence on rap music: Ice-T, Ice Cube, and Pittsburgh Slim took their monikers in homage. It’s the blackness in his writing that stays with you, and I’m not talking about how the world sees him. I’m talking about how he sees the world.