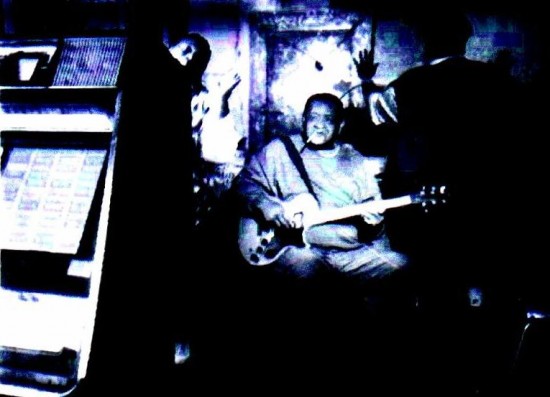 It sounded like Junior Kimbrough (1930-1998) plugged his guitar directly into the Mississippi, drawing up blues so murky, sinuous and hypnotic, droning with the buzz of cicadas. Blues had turned into such a white-guy, guitar hobbyist form that folks were shocked when All Night Long came out on Fat Possum in 1992. Cue the standard paeans to authenticity and the real folk blues when fans discovered he had his own juke joint back home. Some smart marketing of Kimbrough and label-mate R.L. Burnside brought blues back into the sphere of indie rock, and women’s studies majors had to make their own peace with songs like “You Better Run” (Junior’s advice to a woman trying to escape a parking lot rape). While I’ll always be dubious about the “realness” of any musician’s output, there’s no question that Junior Kimbrough’s blues was unselfconscious, unassimilated, unrepentant and utterly mesmerizing. The lyrics were blunt as a cock-punch, with titles that told the whole story — “All Night Long,” “Done Got Old,” “Burn in Hell.” But the music had a strangeness to it, ringing with odd dissonant harmonies strangled from his open chords. He’d lead the rhythm section from his guitar, and they’d steam away with a relentless motorik hook, then veer off with a drunken stagger. And his voice leads you down to dark places where sex and menace lurk and sway, stank with whiskey, smoke and sweat. Real enough.