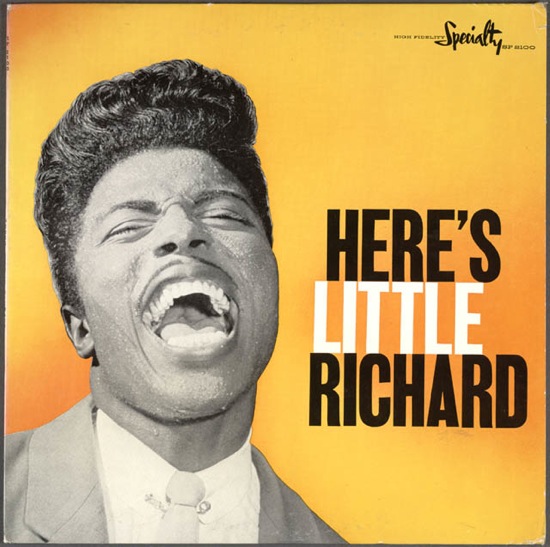 LITTLE RICHARD (born 1932) arrived to pulverise our senses in the same pitiless manner that he attacked the upper register of the piano. He called himself the “Architect of Rock’n’Roll,” which is far more respectable than “King,” and it’s completely deserved: in less than three years during the mid-1950s, Little Richard laid the foundations upon which James Brown, Jimi Hendrix, and The Beatles would build. His life seems to have been forged around a manic personal exploration of some of the most fundamental tensions in Western culture: gay and straight, heaven and hell, male and female, order and chaos, black and white. To read his astonishing autobiography, which chronicles a roller-coaster life of alternating decadence and piety, from druggie rude sex orgies to equally passionate Christian evangelizing, is to be left dizzy. It was in this incandescent clash of conflicting narratives that Little Richard forged the prototype of the rock’n’roll sensibility. His melodic scream announced the joyous car-crash of the rock‘n’roll aesthetic: half body, half spirit, and two-thirds something else entirely. With Little Richard, a terrible beauty was born — like a Hadron Collider sporting a pencil moustache.