If your father presided over a blood-drinking sex cult whose membership also included the mailman, the doctor, the town drunk, and representatives of the local judiciary; if you ran with wolves as a young person, and had your cuts and grazes healed by their antiseptic saliva; if you have Multiple Personalities, one of which (the Countess of Orzabal) is allergic to strawberries and one of which (Lil’ Pete) is not; if you’ve been abducted by aliens; if you believe that the Twin Towers were brought down, not by the impact of two enormous airplanes and the subsequent 1400-degree fire, but by a sequence of controlled explosions engineered by Mossad; if The Da Vinci Code made you think again about Christianity; if you’re a Boston firefighter who cheated on his promotional exam by sending text-messages from the bathroom; if you’re Eliot Spitzer; if you’re James Frey; if you’re Jonny Fairplay; if you’re Roger Clemens; if you’re Mitt Romney: congratulations! You’re a fully accredited and paid-up citizen of Fabrication Nation — and history is on your side.

False Memory Syndrome, False Memoir Syndrome, False Syndrome Syndrome…The ratio of falsehood to truth in the universe has not, of course, altered one jot since the world began. From the day we learned how to talk, by and large, we’ve been lying our heads off. Nor can it be said that we have grown more credulous. To us, the most precious certainties of our gaping and rustic predecessors are a great joke: they believed what?! Those idiots!

But something’s afoot. Fakery has a new license, a new swagger. Who is responsible for this? Who did this to Truth? Was it postmodernism? Blame the French. Was it New Journalism? Blame Tom Wolfe. Blame Google! Or better yet, gentle reader, blame yourself, because I know you feel it, too: reality — it’s just not good enough anymore.

Yes, if you’re impatient with the facts, if you feel they require enhancement, colorization, or “jazzing up,” now’s your moment. If you’re Tom Ashbrook, on the other hand, the times are vexed. “A program note,” announced the host of WBUR’s On Point on Tuesday, March 4, sounding unwontedly small-voiced and glum. “In our second hour on Friday, you may recall we talked with an author. Thought her name was [slight spin of sarcasm] Margaret B. Jones. Her new memoir was Love and Consequences, it was about life in South Central Los Angeles, growing up half-white, half–Native American, uh, running with gangs there, selling drugs for the Bloods….” A sigh. “Well, it comes out today the whole thing was a fraud…. Story a complete, uh, fraud, the publisher now says. We’re learning this along with everybody else. It is embarrassing, it is frustrating, it’s kind of infuriating. Don’t know what to make of the memoir business in this country…. Going to have to be a little warier in the future, and I trust you will, too.”

Poor old Ashbrook. Sing-songing his way through the Great American Conversation, with the grandest themes of the culture constellated around him in Newtonian splendor, he had collided head-on with Planet Bullshit. The deconstruction of Margaret B. Jones had been swift: a week after the publication of Love and Consequences, following a profile in the House & Home section of the New York Times (“One of the first things I did once I started making drug money was to buy a burial plot”), her real-life older sister dropped the dime on her. Margaret B. Jones, gifted ghetto survivor, was actually Margaret Seltzer, well-educated Valley Girl, and everything in her book — the guns, the drugs, the foster care — was fiction. Or rather, it wasn’t fiction, because it had been advertised as truth: it was bullshit.

And the weird thing is, if you listen to her original On Point interview, you can hear it. You can hear the conditions for bullshit being created in the ardent queries of the duped Ashbrook — “How old was Terrell when he got ‘jumped in’?”, “And how did Big Momma feel about that?” — and you can hear bullshit grooming itself in her sketchy, improvisational replies. The philosopher Harry G. Frankfurt, in his lapidary little primer On Bullshit, taught us that the focus of the true bullshitter is “panoramic rather than particular. He does not limit himself to inserting a certain falsehood at a specific point, and thus he is not constrained by the truths surrounding that point or intersecting it. He is prepared, so far as required, to fake the context, as well.” Or as Margaret B. told Ashbrook, parrying one of his more direct questions, “You have to take that artistic vision.”

So Oprah got taken by Frey, and Ashbrook gets taken by Seltzer. And we — the finger-poppin’ daddies of the alternative press — are amused: these middlebrows, crowing their empathy, they had it coming. Right? Wrong.

Hipsters are a significant constituency in Fabrication Nation; we may dwell on its East Coast, so to speak, but we’ll eat up that bullshit just like anyone else. Indeed, our pessimism and taste for the aberrant make us easy marks. Remember Laura Albert, moonlit mastermind of the JT Leroy con?

Seldom venturing from the womb of his pathology, arrested at some indeterminate point mid-sex-change, JT (Albert) would gasp and gush for hours on the phone to his groovy showbiz admirers. In public he was played with wig and shades by the half-sister of Albert’s partner, Geoffrey Knoop.

“For the most part,” Albert told The Paris Review in 2006, “those star types were approaching me. Or they would mention my work in a magazine article, and then I would write to thank them. I found out that Sheryl Crow had talked about my book on her website, and I was floored. Someone told me that Winona Ryder was into my work, and Drew Barrymore was, too, and I was put in touch with them. Lou Reed read the books and he was really supportive…. I remember Courtney Love told me, ‘You’re an iconoclast, JT.'” Quite.

Then there’s Bill Shields. I used to read Bill Shields. I’m on record somewhere describing his poetry as “brutal, damaging.” Or maybe it’s “relentless, pulverizing.” Henry Rollins’s company 2.13.61. published several books by this former Navy SEAL and veteran of three tours in ’Nam, in which his hellish flashbacks and failed attempts at social re-entry are explored in language of uncommon brutality, damage, relentlessness, and pulverization. “I was a young man,” he wrote in The Southeast Asian Book of the Dead, “18 years old, before I saw my first dead body. Might as well been a carp, for all I felt, a carp w/one eye out and mutilated fins. A small girl in a nameless Vietnamese town, all of six homes and six fireplaces… everything coated in mud and war. A thin pig was chewing on her leg, grunting as it tore into her. The guy next to me had been in Nam for five months. He killed the pig; we all ate it later & it tasted fine.” Ouch! Surely these are the darkest reaches of the human soul. One small problem, though: Bill Shields (as a superior piece of reporting by Seth Gotro, published in the zine Verbicide in 2004, established beyond doubt) was never a SEAL, and he was never in Vietnam.

Nothing pisses off an ex-SEAL more than a SEAL impersonator: Shields’s name can now be found in the “Hall of Shame” on the wesite of the authentication service VeriSEAL, alongside those of a shady Floridian scuba instructor and a man who “appeared to be smuggling watermelons.”

The flaming trousers of humiliation

Everybody gets busted in the next world, and most of us, sooner or later, get busted in this one. It is a paradox of Fabrication Nation that its chief producers, even as they spew cynical fountains of BS, exhibit a strange innocence as to the possibility of ever getting called on it. What did Margaret Seltzer think was going to happen after the Times took her picture?

Did Mitt Romney, as his claims mounted in outrageousness (no lobbyists in my campaign! Dad marched shoulder-to-shoulder with MLK!), imagine that no one would bother to check them out? Roger Clemens, blustering denials, appears to have perjured himself beyond repair. And just picture one of those naughty Boston firefighters in the bathroom, thumbing multiple-choice answers into his cell phone, eyes a-glint and tongue-tip protruding as the urinals hiss behind him.

The other salient paradox is the one expressed by British humorist GK Chesterton: “When people stop believing in God, they don’t believe in nothing — they believe in anything.” In a spiritual vacuum, that is, our bullshit detectors are traumatized. They go haywire. “So give me something to believe!” blubbers the Bravery’s lead-singer dude. “Cause I am living just to breathe/And I need something more/To keep on breathing for….” We feel unreal, half-baked, so we become obsessed with authenticity. If James Thurber wrote “The Secret Life of Walter Mitty” today, his overshoe-wearing nonhero wouldn’t be dreaming about sang-froid in an eight-engined Navy hydroplane, nor beautiful women falling into his arms: he’d be dreaming about victimhood, tribulation, overcoming, uniqueness. The aggrieved spirit rising, and so forth. Perpetually starved of the real deal, we are gobbling down these stories at such a rate that the available stock must be resupplied by fakers.

So let’s review. An addict (Frey), a gangbanger (Seltzer), a rent boy (Albert), and a Vietnam vet (Shields). To this list we can add a Navajo memoirist whose son died of fetal-alcohol syndrome (Nasdijj, unmasked in 2006 by the LA Weekly as Tim Barrus, purveyor of gay erotica) and a Jewish woman haunted by her childhood flight from the Nazis (Misha Defonseca, whose 1997 Misha: A Memoire of the Holocaust Years would appear to have been somewhat compromised by her confession this past month that she isn’t Jewish).

For good measure, let’s throw in a steroid-enlarged athlete and a fabricating politician. You can see where this is going, I’m sure — the comic variousness, the common denominator… what we have here, my friends, is the makings of a top-notch reality TV show. And a fitting punishment, perhaps. This is where we’ll send them, with their pants engulfed by fire: we’ll send them onto Something to Believe (host: Ashton Kutcher, theme tune by the Bravery), to compete in the production of fantastical whoppers, switching narratives, genders, and accents, until, one by one, they are bamboozled to a catatonic standstill. I’d watch it — wouldn’t you? 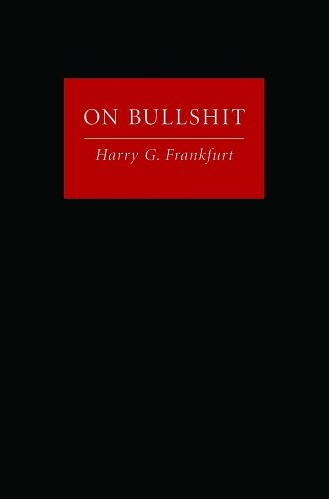 Originally published by the Boston Phoenix, March 2008. From 2003-08, our friend and colleague James Parker, currently a contributing editor at The Atlantic, was a culture critic for the Boston Globe’s Ideas section and for Boston’s alt-weekly, The Phoenix. HiLobrow.com has curated a collection of Parker’s writings from this period. This installment is the fifth in a series of ten.