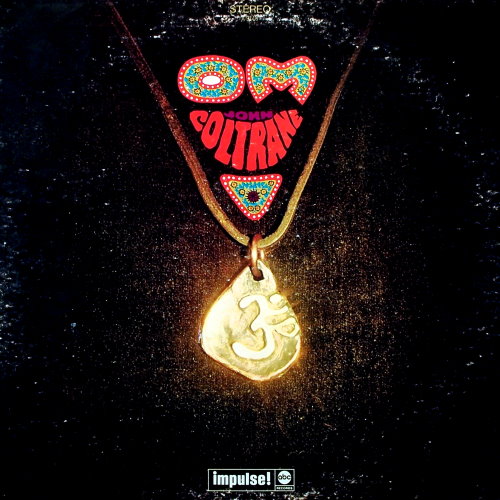 Until 1964, JOHN COLTRANE (1926-67) was a virtuoso, blasting out bebop as wing-man to the likes of Miles Davis and Thelonious Monk, and later leading his own hard bop lineups, where he is probably most famous for deconstructing sugar-coated classics like “My Favorite Things” and “Chim Chim Cher-ee.” But beginning with Ascension in ’65, and continuing with Om, Meditations, and other exploratory albums, Coltrane stretched out his arms and, bathed in a heavenly glow, launched himself upwards in search of a different plane, one where music could be the “whole expression of one’s being.” He left many jazz fans behind, but this metaphysical act made him so much more than a great saxophonist and composer. In the frenetic mash of these recordings, against a primal rumble of bass and drums and a mid-register wall of piano (and whatever other instruments may have been ushered into the studio), his saxophone becomes the Coltranograph — a precision piece of medical apparatus that charts, in painful detail, the real-time emotional and spiritual state of Coltrane’s heart and head. Listening to the impossible runs and unpredictable chord sequences, the spine-chilling screeches and winsome wails, the punctuation of pause and breath, you begin to believe in something, anything, that exists beyond the real.